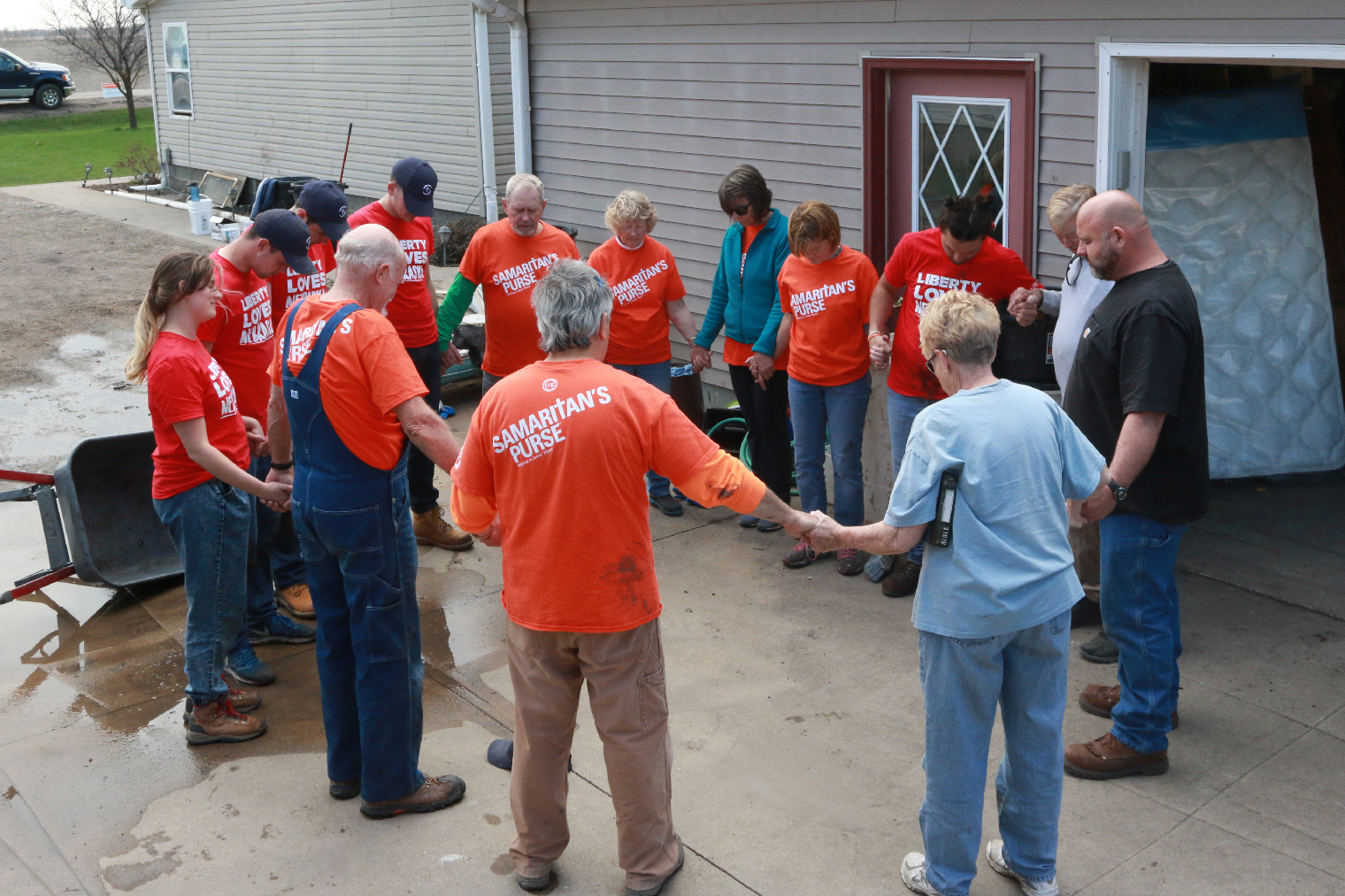 A team of 14 Liberty University students and leaders are in Dodge County, Neb., this week assisting and ministering to residents affected by intense flooding as part of LU Send Now, the university’s disaster relief initiative.

Through Saturday, April 13, the team will serve alongside workers from Samaritan’s Purse. Two counseling students will also work with chaplains from the Billy Graham Evangelistic Association to meet the spiritual needs of homeowners as they focus on trauma counseling.

A storm, classified as a “bomb cyclone” with hurricane-force winds and heavy rain and snow, swept through the Midwest in March and caused extensive flooding. About three-fourths of counties in Nebraska declared a state of emergency. It is estimated that the flooding caused more than $1.3 billion in damages.

This is the second LU Send Now team to be deployed this semester. During Spring Break, a team traveled to Alabama to assist Samaritan’s Purse following a series of deadly tornadoes.

To donate to LU Send Now to help cover the costs for students to respond to disaster relief and humanitarian needs, visit www.Liberty.edu/LUSend.