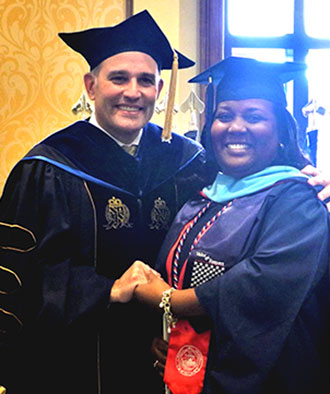 After Lynn Reid’s husband died in 2013, the Army veteran decided to pursue her master’s degree in education through Liberty University Online Programs to honor his memory. On Tuesday, Reid was one of 23 Liberty students who graduated during a special ceremony for military students and spouses at Fort Bragg, N.C.

The event was part of the post’s National Education Week celebration. Liberty graduates made up the fourth-largest representation of any college at the ceremony, which honored 195 graduates from 29 schools. Fort Bragg, headquarters of the U.S. Army special forces and airborne troops, is one of the largest Army installations in the world.

Co-Provost and Vice President for Academic Affairs Dr. Ben Gutierrez addressed the crowd, sharing many of the accomplishments and stories of Liberty’s Class of 2017. School of Divinity Administrative Dean Gabriel Etzel helped present diplomas. Representatives from Liberty’s Office of Military Affairs were also there to congratulate Liberty graduates. 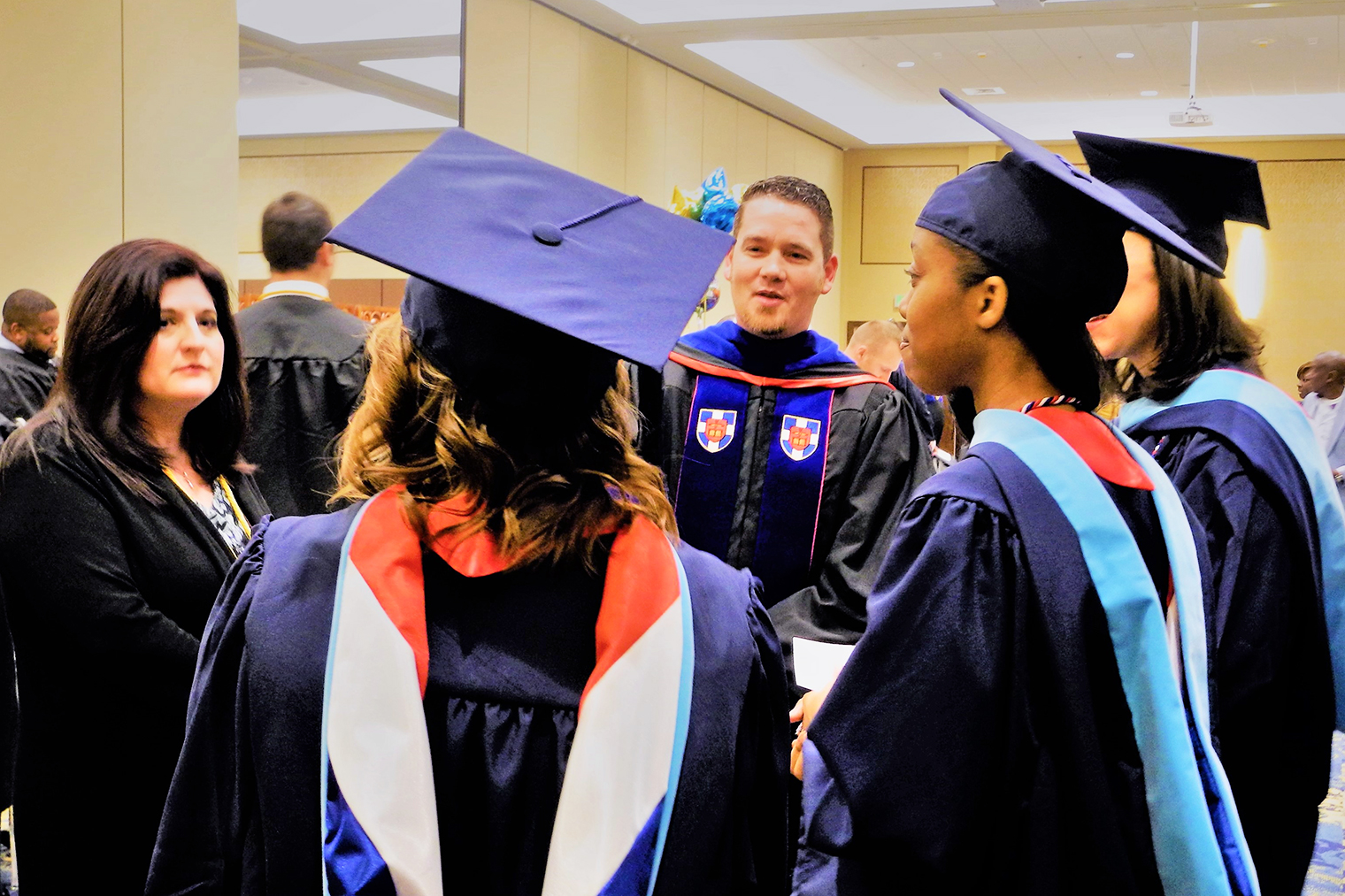 “It has been a great deal of arduous work that has been ongoing for almost five years,” Reid said. “Jesus has kept my mind in perfect peace during the entire situation.”

Gutierrez said the room erupted in applause when he recognized her.

"The sustained applause further confirmed to me that regardless of the schools that were being represented, and regardless of whether they knew Lynn personally or not, people are sincerely grateful for those in uniform who put their lives on the line to protect and serve our great nation," he said.

Sgt. 1st Class Caron Tubbs and his wife, Natasha, were also part of the Class of 2017. After 15 years of marriage, the husband and wife graduated together. 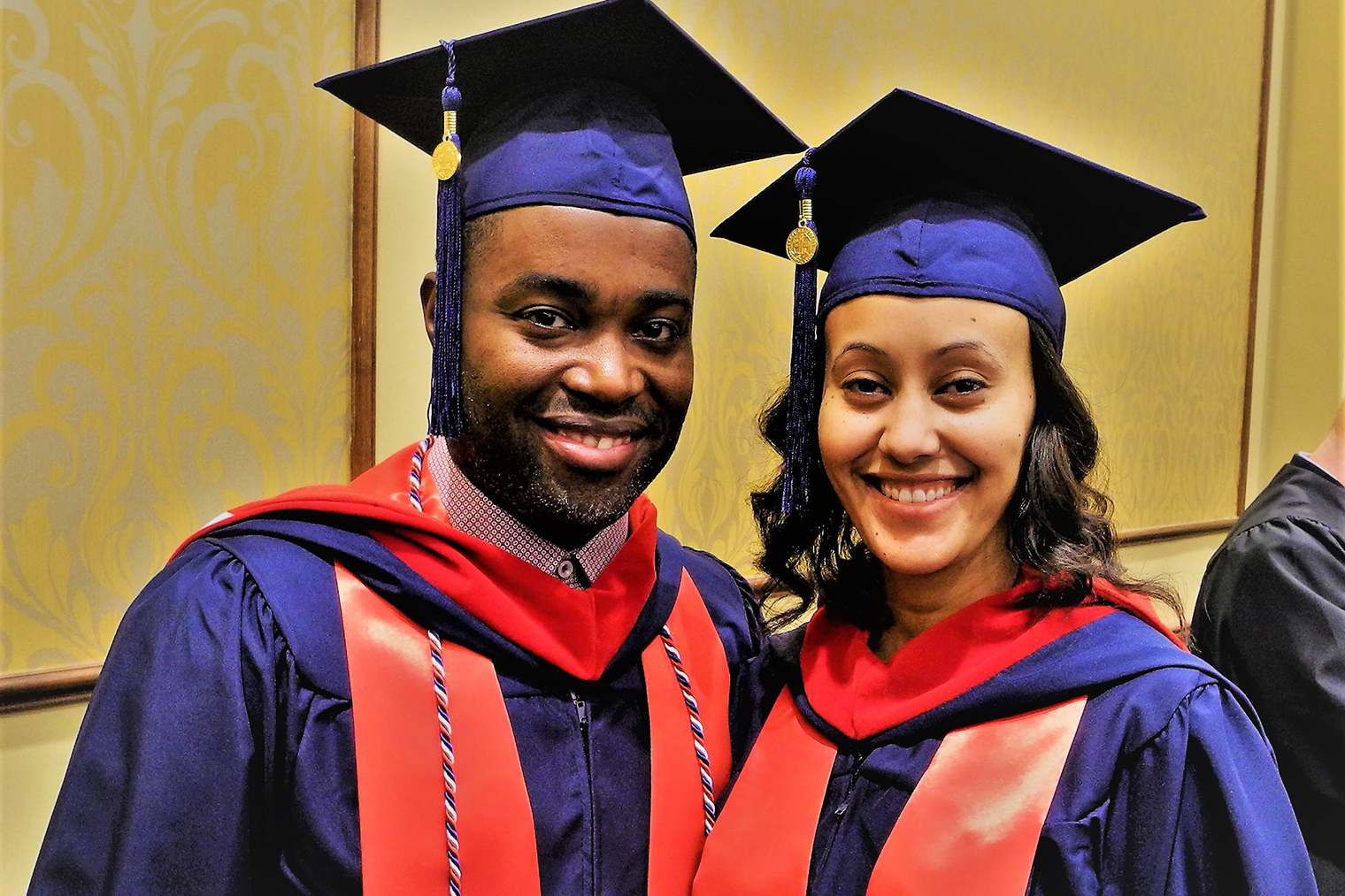 “I started the Master of Divinity in January 2012 since I felt a heavy draw to attend Liberty in order to focus more on my relationship with God,” Caron Tubbs said. “I believed my calling was to ministry.”

Caron Tubbs, who has served the last 12 years in the military, said he finally came to terms with God’s plan and began pursuing his degree. He said he wants other military students to not be discouraged from continuing their education.

“Do not let anything stop you from achieving your goals and bettering yourself,” Tubbs said. “Never retreat, continue to move forward, and do not look back in any season. Be in the present in order to not lose focus of the future.” 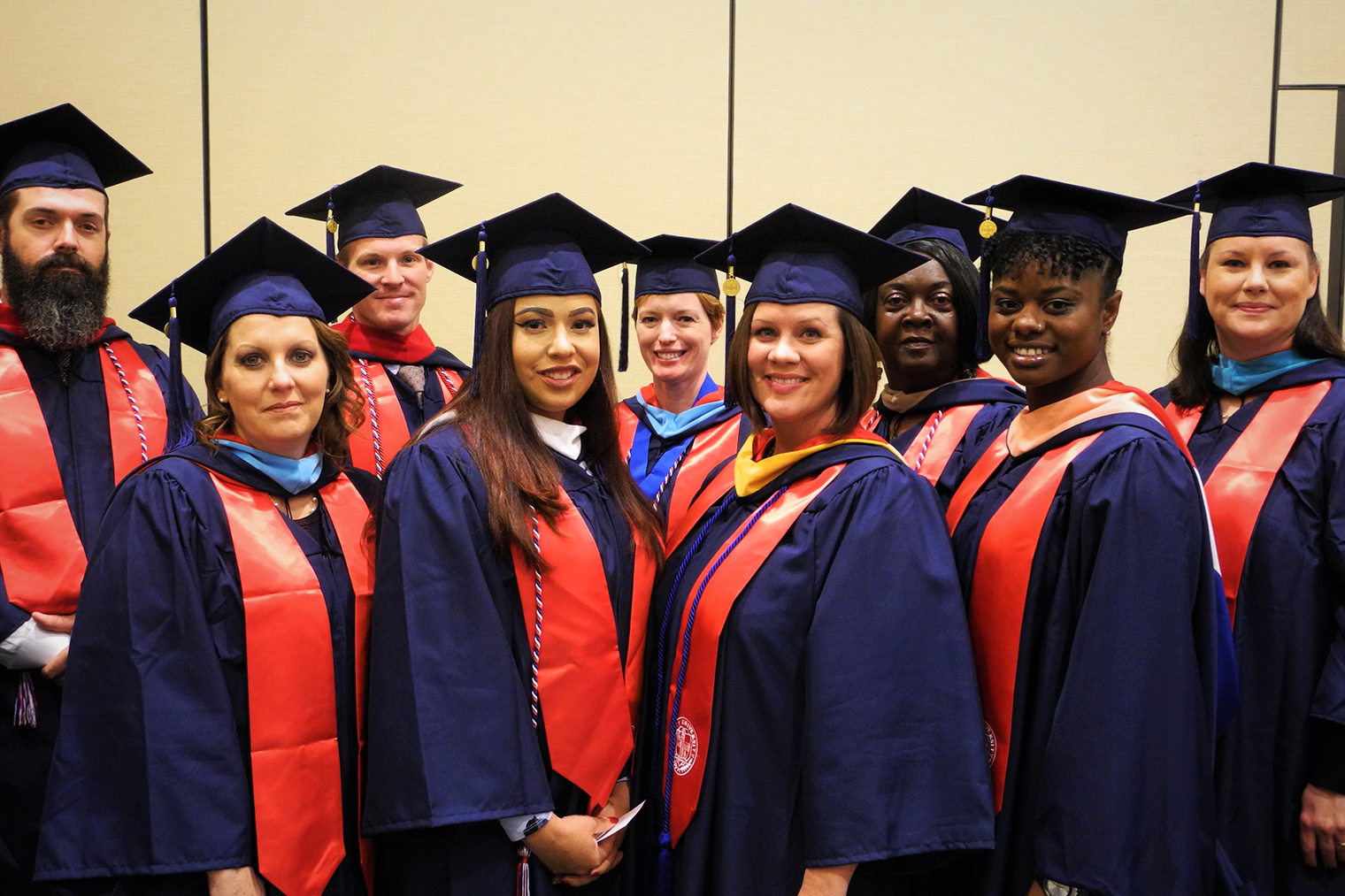 University administration participates in many special ceremonies held at military bases for military students and their spouses who are unable to attend Commencement in May.

Liberty has over 30,000 service members, veterans, and military spouses studying through its online education programs from across the globe.

The Office of Military Affairs supports service members, veterans, and their spouses year-round by offering a variety of special events and educational resources specifically for military students.