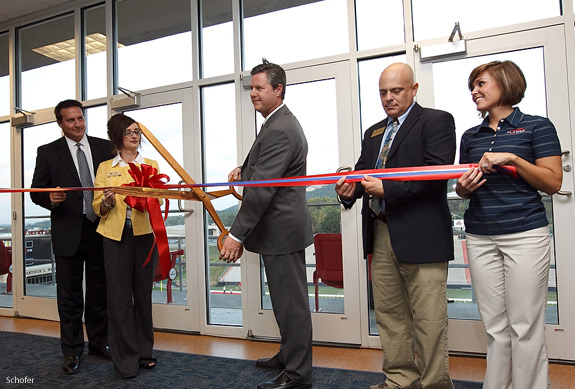 The Liberty University Athletics Department held its first public event in the newly expanded Williams Stadium tower on Tuesday night, as they hosted members of the Lynchburg Regional Chamber of Commerce.

The event attracted a crowd of approximately 400 local business individuals. Following a time of socializing and food sampling, a short welcoming program and an official ribbon cutting ceremony was held to open the facility for local use.