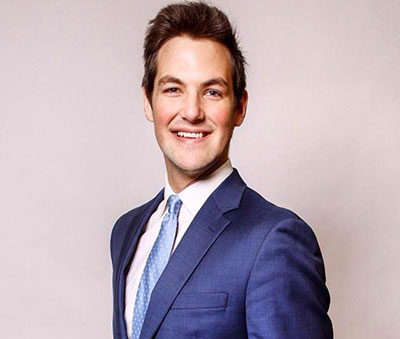 Liberty University alumnus Cabot Phillips (’15), who earned a B.S. in American Government and Politics, was recently recognized on Red Alert Politics’ “30 under 30” list of young leaders making an impact in their communities.

This is the fifth time the publication has released a list that highlights young leaders interested in facilitating change in the U.S. Past nominees have included writers, news commentators, campus activists, and other young professionals.

While he was a student at Liberty, Phillips was a correspondent with Campus Reform, an organization that exposes liberal bias on college campuses. He has been interviewed by Fox News, NewsMax, One America, Rush Limbaugh, and The Blaze. Today, he continues his work with the organization, where he writes and produces video content. He continues to appear on various TV networks, speaking about politics from the perspective of a conservative millennial.

Since graduation, Phillips has worked on social media and digital projects for the Marco Rubio presidential campaign. He is currently the director of campus outreach for the Leadership Institute in Arlington, Va., where he trains college students around the country to effectively spread the conservative message.

“I speak on campuses and at conferences, outlining practical ways for students to make a difference with the resources they have,” he said. “I think a lot of people my age assume they cannot make an impact simply because of their age, so it is exciting to let them know all the things they can be doing to make an impact.”

Cabot said it was encouraging to arrive in Washington, D.C., after graduation and realize that Liberty had a solid reputation. The graduates who had come before him had made a good impression in the nation’s capital. 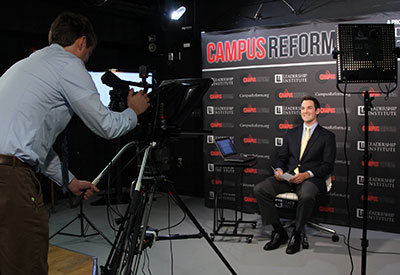 “Whenever I tell people that I am a Liberty University alumnus, they almost always have positive things to say about encounters they have had with other graduates,” he said. “While my experience at Liberty certainly prepared me from an educational standpoint, it was the spiritual guidance I received there that has had the biggest impact on my life. The community at Liberty is driven not just by personal ambition, but by the desire to glorify God; and that is something truly unique.”

In addition to his broadcast success, Phillips has also created and starred in viral YouTube videos, which have garnered millions of views.

The popularity of his “Brothers Convince Little Sister of Zombie Apocalypse” video landed Phillips and his siblings on The Ellen Show, Good Morning America, The Today Show, and ABC Nightline. His video “Candidates’ Cribs,” where Phillips asks young people standing in front of the White House to match photos of mansions with current presidential candidates’ homes, also received media attention.