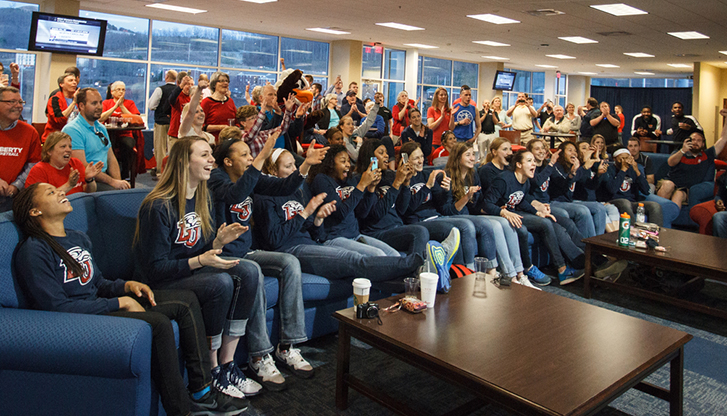 UPDATE: Big South champion Liberty University has earned the No. 13 seed in the Greensboro Region of the 2015 NCAA Division I Women's Basketball Championship and will meet No. 4 seed North Carolina in the opening round. The contest will be played Saturday at 11 a.m. at Carmichael Arena in Chapel Hill, N.C.

The winner of the Liberty-North Carolina clash will face the victor of Saturday's meeting between No. 5 seed Ohio State and No. 12 seed James Madison. The second-round game is slated for next Monday at Carmichael Arena.

Liberty is seeded No. 13 for the seventh time in 16 NCAA Tournament appearances. Ten years ago, the Lady Flames reached the Sweet 16 as a No. 13 seed, after victories over Penn State and DePaul. 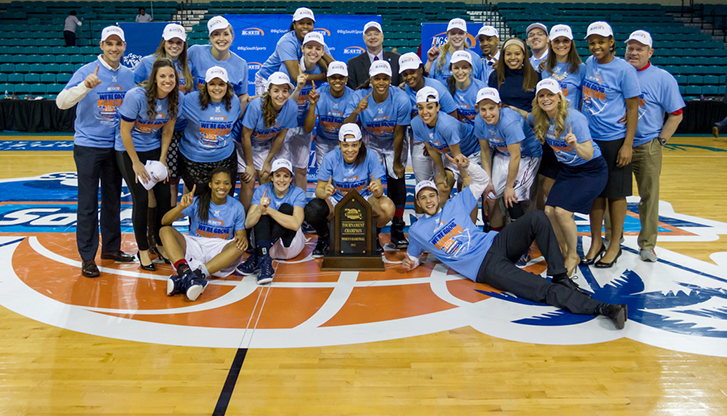 Liberty trailed 33-24 with 5:17 remaining in the first half before outscoring the Panthers, 28-9, over the next 11:26, spanning both halves. Rininger was joined on the all-tournament team by redshirt senior guard Emily Frazier, who finished with 13 points and five assists on Sunday. Seven of those points came during the decisive 28-9 surge, helping Liberty win its 14th straight game.

Liberty (26-6) will return to the NCAA Division I Women's Basketball Championship for the 16th time. The Lady Flames will learn their seed and opponent for the tournament when the full bracket is revealed on March 16 at 7 p.m. on ESPN.