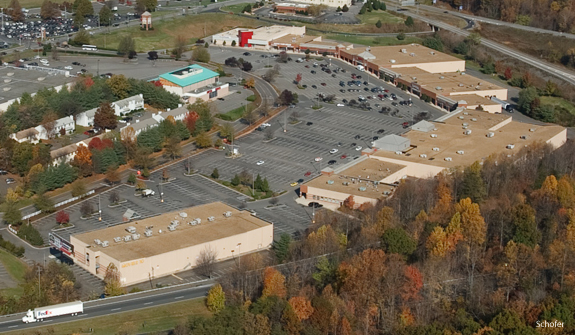 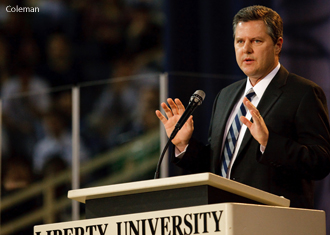 Liberty University Chancellor Jerry Falwell, Jr. has announced that Liberty is the new owner of Candlers Station shopping center, adjacent to campus. The university closes today on the 270,000-square-foot property, with major tenants that include Staples, Cinemark Movies 10 and T.J. Maxx, among others.

Falwell said Liberty’s Board of Directors saw the property as a “golden opportunity.”

“We see it as a long-term investment for Liberty University’s endowment,” he said. “Liberty University is finally in a position, after years of pioneering growth and financial struggles, where our management decisions are centered around how to invest for the future.”

With a return of between 11 and 14 percent annually on the $16.3 million purchase price, the property could pay for itself in seven to eight years, he said.

There are no plans to change the use of the property in the short term, he added, and the university is already talking with two possible tenants to fill the 55,000 square feet of available space.

He said Liberty’s board, which met and approved the decision to purchase the shopping center in November, thought the acquisition “made perfect sense” not only because of the return, but also because of its close proximity to campus, allowing the university, should needs arise, to use that space in the future.

“If we happen to lose enough tenants [in the long term], we would convert it to university use in the future — but our hope is that that will not occur until long after we have recouped our investment,” Falwell said.

Liberty already owns a commercial lot adjacent to the center (beside Applebee’s), donated to the university by the shopping center’s original developer, Bob Hughes, in 2008.

“It was one of his bucket list things,” he said, noting that, for Liberty’s future expansion, “it was a logical direction to go in.” He said Falwell had even talked about building a pedestrian tunnel to access the area.

But Falwell, Jr. said his father never thought it would be a possibility, at least in the near future, “because it was such a thriving shopping center” — with a price far out of Liberty’s reach.

But now, with the economic downturn in retail markets, “it’s miraculous timing,” he said. He learned last spring that the property was to be sold as a package, along with several other shopping centers, by a large real estate investment firm, but at the last minute, the buyer decided to purchase all but one — the Candlers Station center.

“That’s providential,” Godwin said. “One property out of this package of shopping centers didn’t sell and so it became available to us.”

This is not Liberty’s first real estate investment venture. Liberty became the owner of the 50-year-old Plaza shopping center in Lynchburg in 2007 and has spent more than $500,000 in repairs and enhancements there. According to Falwell, the Plaza is generating a large return for the university every month.