Flames advance to second round after win over JMU 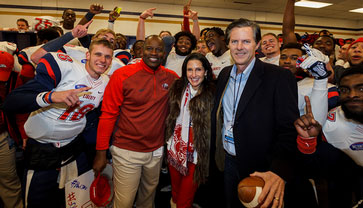 With the win, the Flames raise their record to 9-4 and advance to the second round of the NCAA FCS Playoffs to face No. 6 national seed Villanova on Dec. 6. Kickoff from Villanova Stadium will be 4:30 p.m. and the game will be broadcast on ESPN3.