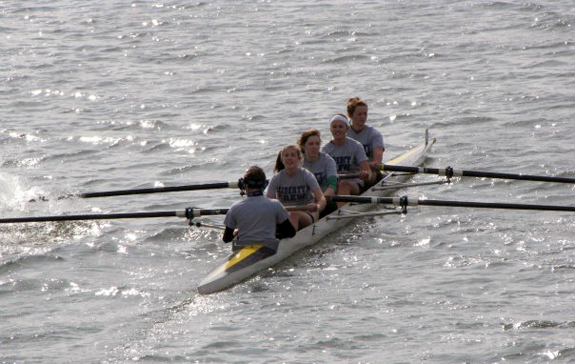 On Sunday, Oct. 25, the new Liberty University Crew Team took one giant stroke toward establishing a successful rowing program at Liberty. The men’s and women’s teams placed in their first regatta, Head of the Lafayette, in Norfolk, Va. 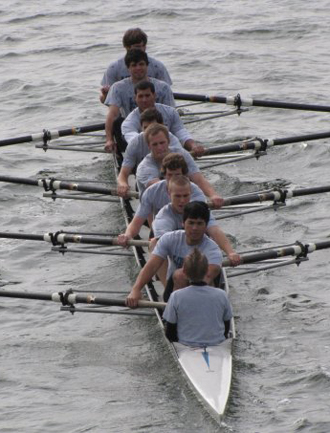 The teams competed in four events: Collegiate 8+ (both Men’s and Women’s) and Collegiate 4+ (Men’s and Women’s); “4” and “8” denote the number of rowers in the boat. The Women’s 4+ team took third place; the lineup included David Haughton, Brittany Tedder, Kristin Hicks, Amanda Spence and Sarah Huggins.
“We made LU history this weekend,” Tedder said.

Liberty Crew will compete in its second competition next weekend, Head of the Occoquan near Washington, D.C., and will be at Head of the Hooch in Chattanooga, Tenn., the following weekend.

Liberty University Crew formed as a club sport in March. At the helm is coach Mark Furler, an experienced rower and alumnus of Rensselaer Polytechnic Institute in Troy, N.Y. Furler brings a wealth of knowledge to the startup program, having competed in some of the largest rowing meets in the country. Along with Furler, the teams are also coached by Ashley McCowen Botterill. A graduate and former coach at Princeton University, Botterill helped the Tigers capture an NCAA title in 1997.

Although the technique may look simple, crew is a rigorous sport that works the entire body. LU crew members have been undergoing a variety of workouts in and out of the water. Thanks to a recent donation, students are able to use LU’s Ivy Lake, located just outside Lynchburg, for training. When not on the lake, the athletes practice on the upper level of LU’s LaHaye Ice Center on rowing machines called ergs. 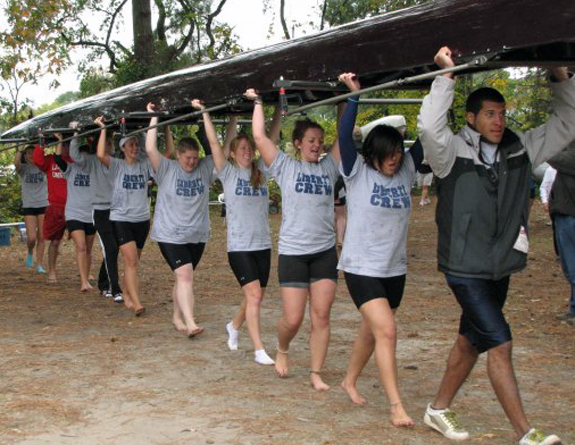 **Attention LU students: Both men’s and women’s crew teams are accepting new rowers for the spring season. If you have any crew experience or are looking for a new competitive outlet, consider becoming part of Liberty’s crew teams. Novices are encouraged! Liberty’s crew teams compete against teams such as Virginia Tech, Michigan State, Georgia Tech, Virginia Commonwealth University and more. Email crew@liberty.edu for more information on joining the team.