This past summer, students and alumni of Liberty University’s Cinematic Arts – Zaki Gordon Center filmed the first season of a new TV series, “Eleanor’s Bench,” scheduled for release by Sony Pictures Entertainment, AFFIRM Films on the Christian streaming platform Pure Flix in the spring of 2023.

The series was pitched by Stephan Schultze, executive director of cinematic arts and the show’s writer/director, to multiple studios and streaming companies in 2019 and 2020. When Sony bought Pure Flix earlier this year, the studio reached out to Schultze to start up production.

“Eleanor’s Bench” tells the fictional story of a woman who grew up in inner city Washington, D.C., and ends up returning to her hometown to serve as a judge in the local juvenile court.

“She realizes that the people she is seeing (in the courtroom) are people who could have been her friends, they would have been her neighbors, and she decides that in order to make substantial change, she has to go back into her old neighborhood,” Schultze explained. “It’s about her journey from the streets, into a gated community, and then back into her old neighborhood.”

The story was inspired by Schultze’s own experience working with a campus ministry in the D.C. area helping young women who had dropped out of high school due to pregnancy earn their GEDs.

The lead character, Eleanor, is played by Karen Abercrombie, who has starred in multiple Christian films, including “War Room” and two feature films produced in cooperation with Liberty University, “God’s Compass” and “Extraordinary.” The series also stars Cameron Arnett (“I Still Believe”) and Demond Wilson (“Sanford and Son”).

The series was filmed around the Lynchburg area in May and June, including two weeks on Liberty’s campus. The production is now in the coloring and sound editing stage with release scheduled for the spring.

The crew consists of primarily Liberty students and alumni who are now working as professionals in the film industry. Almost every graduating class of the 10-year program is represented. The project was fully funded by Sony.

Thanks to the cinematic arts department’s mission to teach the craft through immersive experience on real productions, the crew was already familiar with the process.

“We all had the program in common, which made it easy to connect with everyone who were alumni on the crew,” said Emily James (’22), who worked in the production office for the series. “It was sort of like a family reunion where you’re meeting cousins you didn’t even know you had. Several of the crew members were like me and had just graduated, so it was neat to see how everyone found their niche and had already grown as professionals since working on ‘The Mulligan’ (Liberty’s 2021 feature film).” 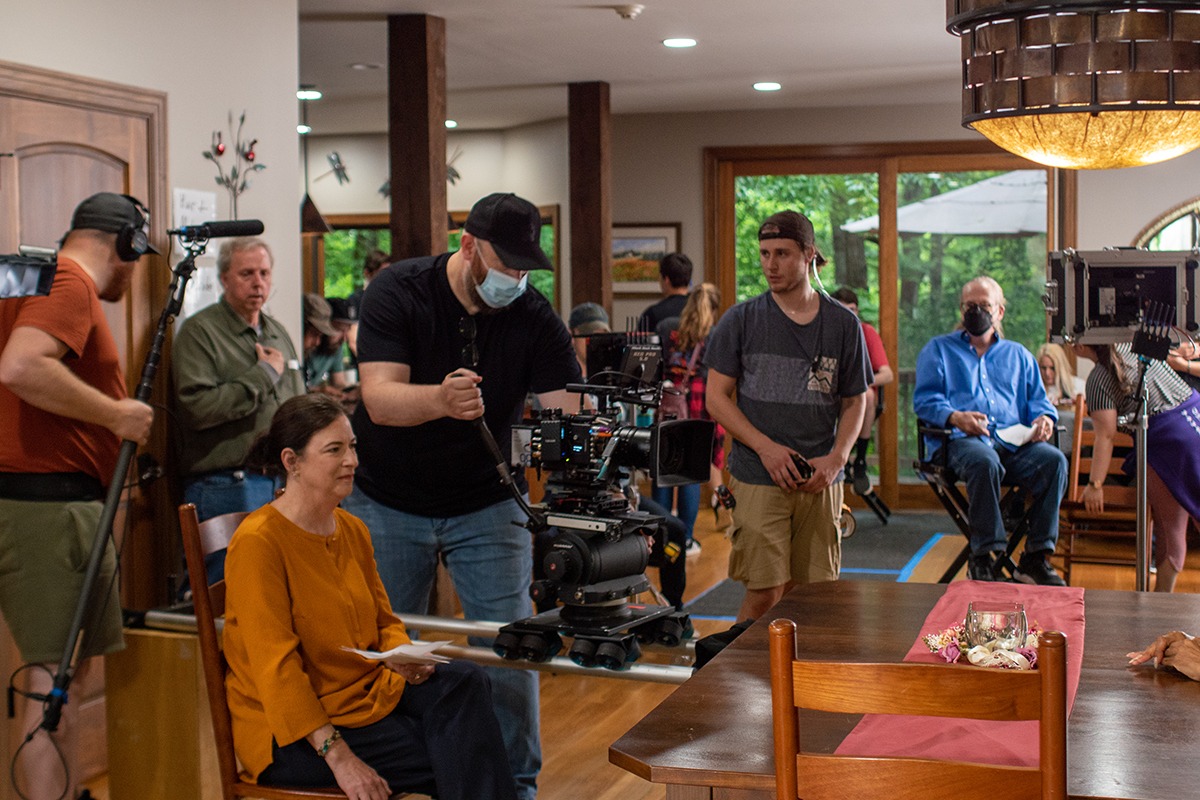 “It was a nice stepping stone,” she added, “from graduating to getting paid and treated as a professional, but it was with people who trained (me) and people I could trust.”

Matthew Gates (’22) worked on the locations management team. Gates is currently working on a film being produced by the Erwin Brothers, the names behind the faith-based films “Woodlawn” and “I Can Only Imagine,” and starring the Christian music duo for King & Country.

“I’ve really gotten to know a lot of them (crew members) well over the years, and I thought I’d be crazy not to work on a project in the area (I’m) from and do it with all of my friends,” Gates said. “Making a movie, or in this case TV show, is all about the relationships between the crew, working together.”

Both James and Gates said they entered Liberty’s program, involving a two-year cohort that allows students to concentrate solely on filmmaking, unsure of where they’d fit into the industry, but they sharpened their skills during every production and are now putting them to use in their professional careers.

“I remember in the first days (in the program) thinking, ‘How am I going to be able to do all of this?’” Gates said. “But it really was learning by doing, working on project after project until you get to something like ‘Eleanor’s Bench’ and you’ve learned all of the things you need, and you feel comfortable.”

“When I was a junior in the program, I had never heard of the production office,” James added. “I was always managerial-minded and good at administrative work, but I knew that God had led me into this creative field, so I was wondering what I was doing. But I thrived when I worked there, and I’ve worked on multiple features now.”

Schultze said “Eleanor’s Bench” embodies a goal he has had since the beginning of the program.

“When I came to Liberty 11 years ago to start the (program), I wanted to create a cycle where students go through our program, go out into the industry, and come back to help the new students get connected into the industry,” Schultze said. “Students gain an employable skill while they’re still in school and work with students who have already gone through the program, and that also gives the students a connection to people working in the industry who they can contact after graduation.” 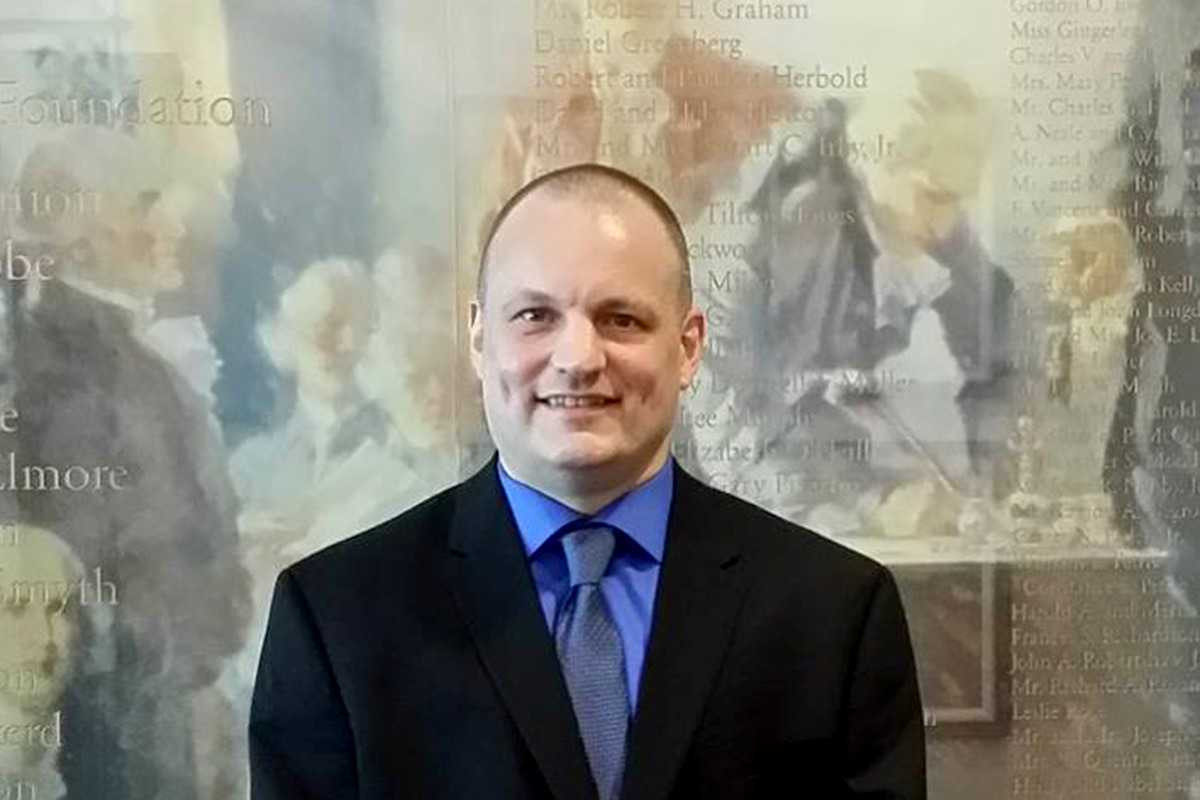 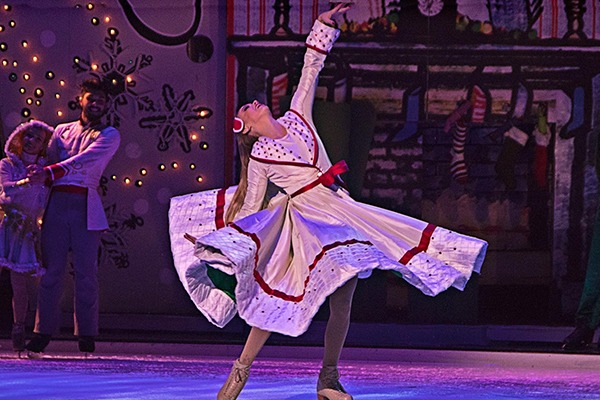