Liberty University Football’s 21-14 victory over the UAB Blazers in their home opener on Saturday was fueled by an energetic crowd hyped by hours of tailgating and pregame festivities, undeterred by rain that persisted throughout the day.

Freshman Mitchell Hathaway, who grew up in Texas, said his past experiences of tailgating with friends and family before high school and college football games made him excited to experience that type of energy at Liberty.

“I’ve heard that the energy in the student section is really good, so I can’t wait to scream with everybody else,” he said.

He wasn’t wrong. Despite the rain, students filled the lower section of the east side of the stadium for the whole game. During the postgame press conference, Head Coach Hugh Freeze made sure to express his appreciation for the student section.

“I thought they were absolutely incredible,” he said. “Phenomenal. Better than any school I have been at. Our student body was that good from the start of pregame (and) throughout the game. I’m just thankful that our students show up and they’re so into it. They’re the best.”

Like Hathaway, many of those students were part of Liberty’s near-record freshman class, at 4,600 students strong (just slightly lower than last year’s record). Liberty’s total residential enrollment is now the largest in history at 15,800 students.

Whether for first-time freshmen or lifelong fans, Flames Football is something that many in the Liberty family look forward to every fall.

“I’ve been here from the beginning, so I’m loving everything that it is becoming and turning into,” said Daniel Hinkley, who began attending games in the 1980s and currently gives away free barbeque before every home game while sharing his testimony.

Hinkley arrives on campus on Friday nights before each home game to begin smoking meat so that it is ready to be served to morning tailgaters. His passion for the Flames is evident by his hearty commitment — and by the Sparky mascot tattoo on his arm.

“I’m the only (fan) with a giant Sparky tattoo,” he said, smiling.

With this season’s expansion in tailgating options, Hinkley is excited for Liberty to continue to build on its game day traditions.

“I think it’s a great thing because it gives more fans opportunities and ways to be able to tailgate and create even more of that Liberty family,” he said.

The Flames home games showcase a new pre-game event this year, Tailgate Town, that Liberty hopes will become tradition. Fans can reserve a space alongside the walkway leading to Gate 1, complete with a tent, tables, chairs, and a parking pass. Tailgate Town will open at 8 a.m. and close an hour after each game ends. (Each tent comes with a personalized yard sign with the family or company’s name.)

Hinkley said that although tailgating is still growing at LU, the great game day atmosphere can be attributed to the people.

“Liberty has an amazing fanbase,” Hinkley said. “I’ve been to other big colleges for tailgates, and it’s just not the same. People aren’t as personable and talkative. The Liberty fanbase is a family. That’s really the best way to explain it.”

The couple drove from Richmond, Va., and said they are grateful for a Christian university that offers a fun college football game day experience.

“The environment up here is unbelievable,” Chuck said.

“We’re excited for football and football season,” Laurie added. “This is our first time as Liberty season ticket holders and Flames Club members, and we’re excited to be with our friends and our daughter and enjoy the game.”

While the fans did their part to bring the energy, so did the team, cheerleaders, Sparky, the LU Dance team, and the Spirit of the Mountain Marching Band, which opened this season’s show, “More Than Conquerors,” during halftime, led by the new Director of Athletic Bands Dr. Larry Seipp.

The Flames (2-0) will be on the road this coming Saturday as they take on No. 19 Wake Forest in Winston-Salem, N.C. The Flames Club will be offering a tailgate for Flames fans beginning at 2:30 p.m., with kickoff set for 5 p.m. The following weekend, the Flames will be returning to Williams Stadium on Sept. 24 to host Akron. 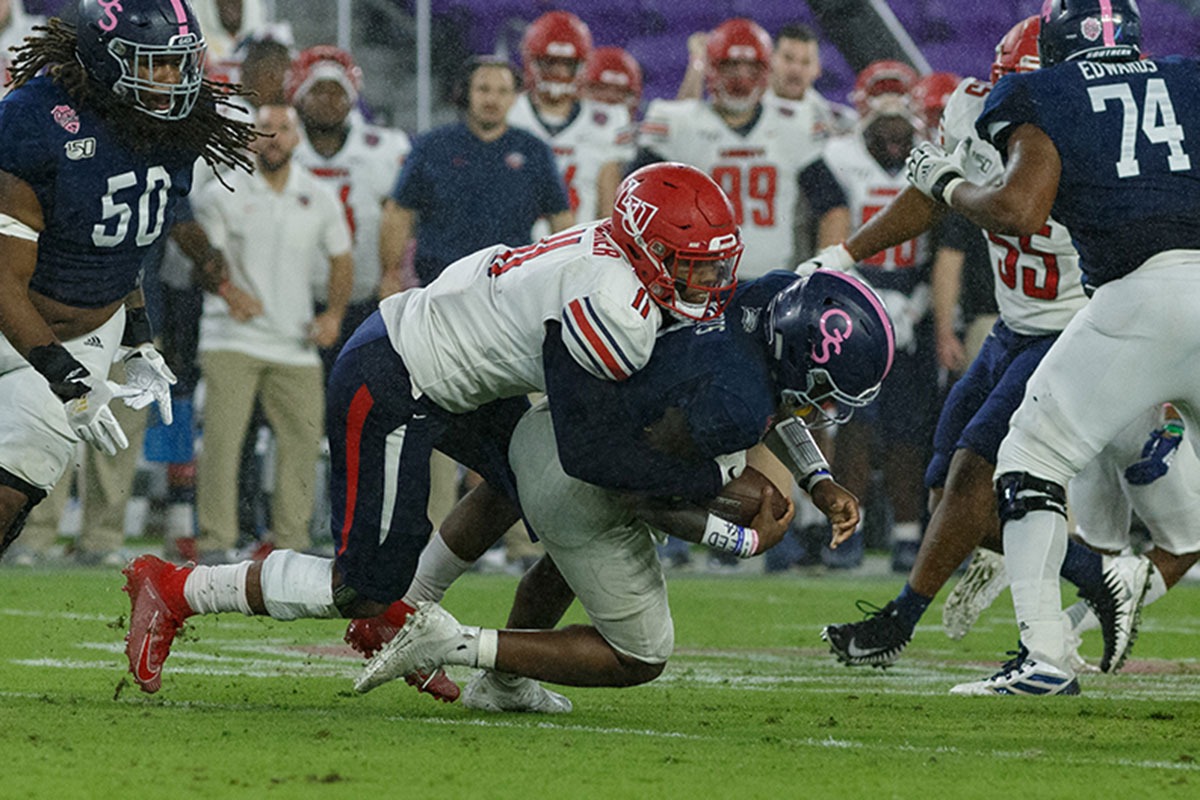 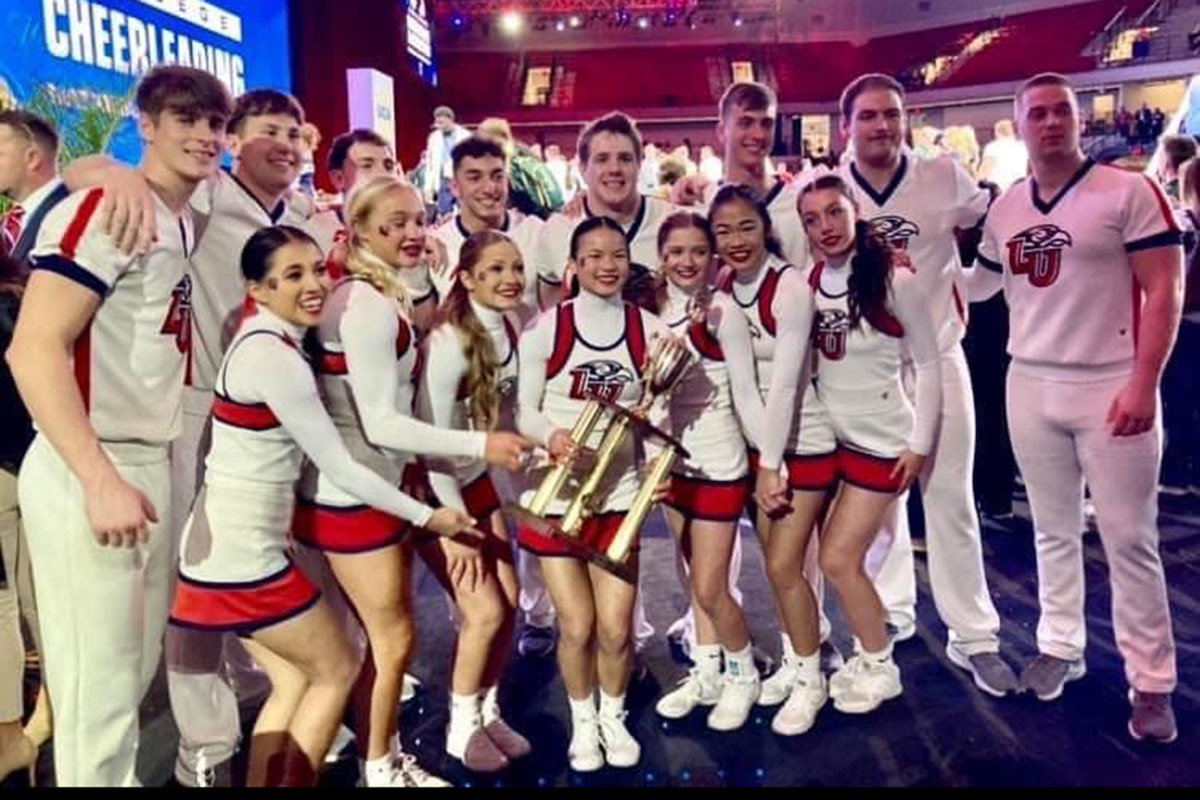