May 6, 2022 : By Jacob Couch - Office of Communications & Public Engagement 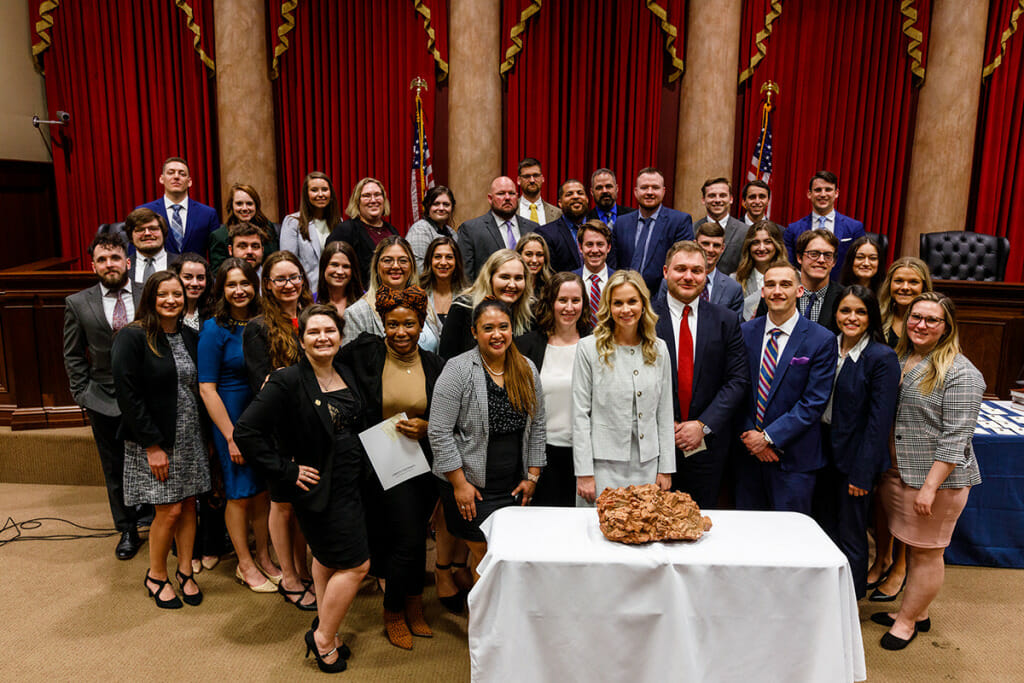 On Wednesday afternoon, Liberty University School of Law held its annual Ad Fontes ceremony, part of its Commencement events to celebrate the Class of 2022.

“This is a ceremony that is supposed to remind us of the most important sources of law — first and foremost our Lord and Savior and His Word,” said Dean Morse Tan, who addressed the close to 68 members of the 2022 graduating class gathered with Liberty Law faculty and staff in the school’s Supreme Courtroom.

Ad Fontes (which means “to the source” in Latin), a ceremony unique to Liberty Law, began in 2007 as a way to provide 3L students with an opportunity to renew their focus on the Bible as the primary source of Christian faith and law. The ceremony also emphasizes other source documents that led to the formation of Western Legal Traditions.

A special part of the ceremony is when graduating students can touch the school’s Ebenezer Stone. The stone, originally from Mt. Sinai, was given to the law school by Liberty founder Jerry Falwell Sr., who procured it as a reminder that God ordained and established the school and that He will remain faithful to it. School of Law graduates are the only ones allowed to touch the stone.

Tan reminded the graduates of the importance in remembering God’s faithfulness during seasons of testing.

“But be of great cheer,” he added. “Although there will be trials, although there will be testing, the One who has called us is faithful and true. He is the Author and the Perfector of our faith. He has overcome the world and He is able to make you more than a conqueror in what is before you. Step by step, in faith, follow Him in this high and noble calling in the legal profession.”

Tan then introduced Kenneth Starr, whose distinguished career in law, academia, and public service includes positions as U.S. Solicitor General, United States Circuit Judge for the District of Columbia Circuit, and Dean of the Pepperdine School of Law.

Starr centered his message on the ways America has paid tribute to its founding principles through monuments, or “Ebenezers.”  He said building these models for remembrance can be biblically in agreement as the Apostle Paul instructed believers to “render unto Caesar what is Caesar’s and to God what is God’s.”

Though as a society we build our own monuments to commemorate great events or great lives, like the Lincoln Memorial, Starr said, “An Ebenezer can be in incorporeal form, in principles that serve to secure what the founding generation and the preambles of America’s Constitution called the ‘blessings of liberty.’”

“When we recognize and honor those who have achieved something for the country, for the law, for the professions, we also engage in an act of humility because we honor them and we also recognize that our achievements and our accomplishments may pale in significance,” he said. “But we are nonetheless deeply grateful with an attitude of humility and an attitude of gratitude.”

Starr shared his hopes for the Lord’s hand of guidance on Liberty Law graduates.

“God bless each of you,” he said. “May He bless you and keep you, may His face shine upon you, and may the Lord continue to bless Liberty University’s School of Law.”

The School of Law continued its Commencement events on Thursday morning, with a degree presentation ceremony at Thomas Road Baptist Church, and on Friday morning with the Commencement Main Ceremony in Williams Stadium. 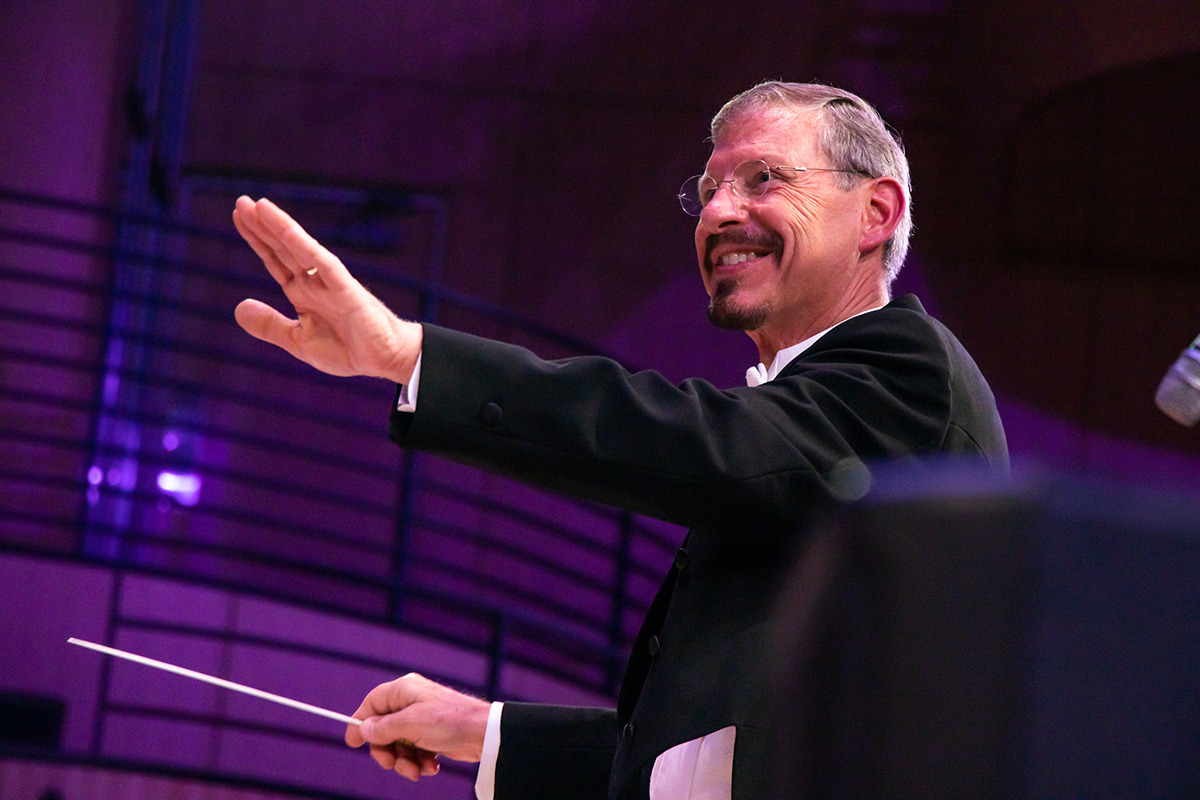