Citing her experiences as the daughter of Franklin Graham and granddaughter of Billy Graham, Cissie Graham Lynch brought Liberty University students a reminder of the challenges in ministry and the value of living out a fearless faith during Wednesday’s virtual Convocation.

Since 2010, Cissie Graham Lynch has served in multiple roles for both of her father’s ministries, Samaritan’s Purse and The Billy Graham Evangelistic Association (BGEA), including as a communications advisor and ministry spokesperson. She is also the host of a podcast through BGEA titled “Fearless with Cissie Graham Lynch: Fearless Faith in a Compromising Culture.”

Liberty’s Senior Vice President for Spiritual Development David Nasser began his conversation with Graham Lynch by noting that her father spoke at a Sept. 16 Convocation this semester and her brother Will Graham will be a guest for next week’s Convocation on Veterans Day.

Growing up with a father and grandfather who were frequently away from their homes in Boone, N.C., serving internationally, Graham Lynch said she resented her family’s work as a child due to how little she saw her father. It wasn’t until she was a college student, when her father brought her on a two-week trip to Samaritan’s Purse locations, that her eyes were opened to how God had used him on a global scale.

“I realized right then that God had used my dad in a way I had never imagined before and that (my dad) was obedient to God’s calling on his life,” Graham Lynch said. “There are a lot of sacrifices we make in ministry, but there’s also a lot of blessing. My dad has shown me the world, he has shown me the love of Jesus and what it is to be unashamed of the Gospel of Jesus Christ and how precious that godly legacy has been in my life.” 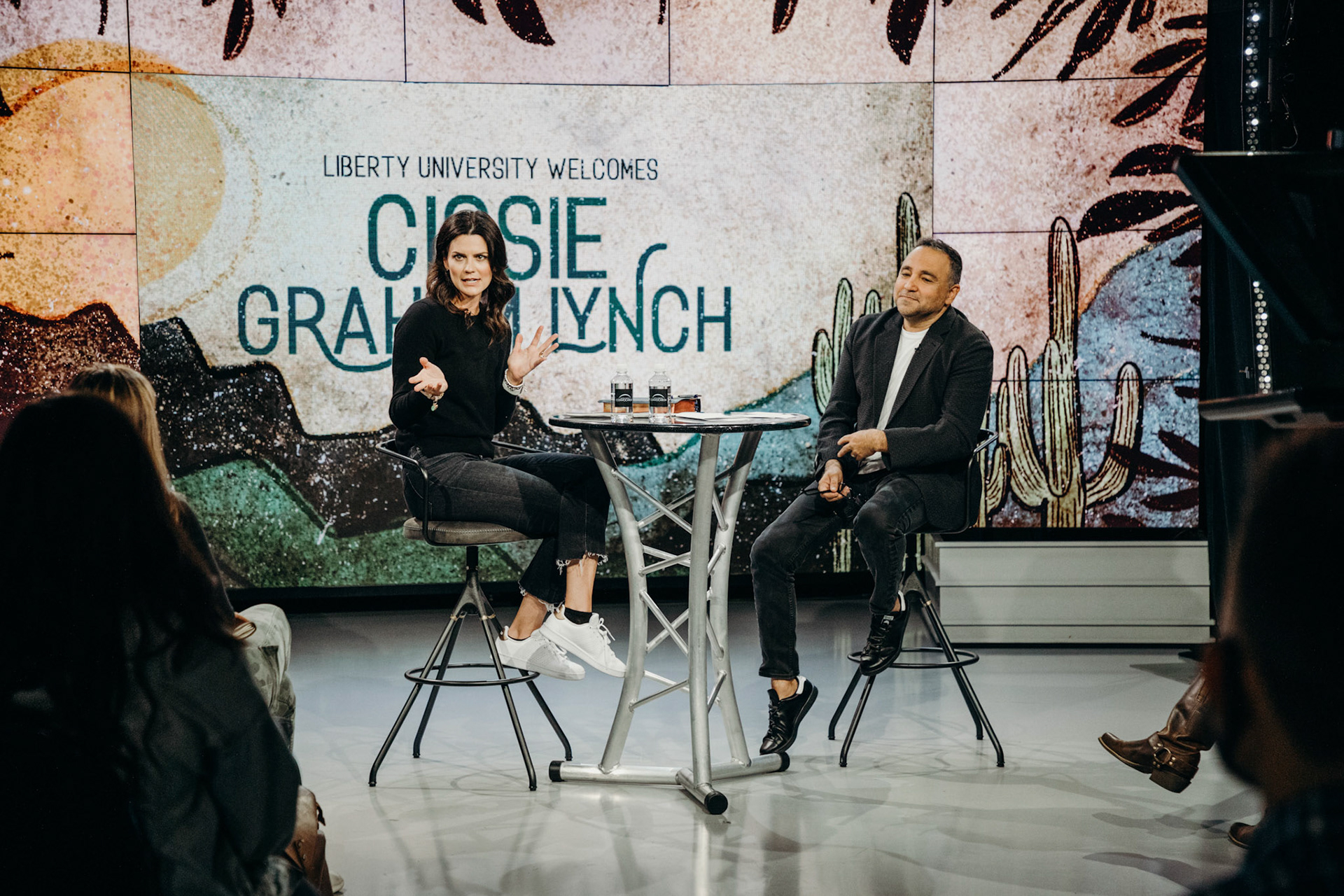 With two brothers and three sisters-in-law who have studied at Liberty in some capacity, and having attended Liberty herself for two years, Graham Lynch spoke highly of the university’s commitment to providing top-tier education through a Christian worldview and Training Champions for Christ. Her advice to students watching was to live with a “fearless faith” in Christ.

“At Liberty they prepare you to know what you believed and why you believed it,” Graham Lynch said. “When you go out into the world, wherever you go, the world is going to come after you and you have to have a firm foundation, and that firm foundation is God’s Word. Whether you’re going to the courtrooms, classrooms, or boardrooms, wherever God takes you, that’s your mission field to be a light for truth.”

The daily mission as Christians, Graham Lynch explained, is to approach life and society with a combination of complete truth and total love, something that Jesus modeled for his believers. She pointed out that modern American culture has emphasized love over truth and, as a result, accepted beliefs and lifestyles that go against Scripture.

“You have to approach that mission field with grace and truth … you can’t have one without the other,” she said. “We have to be able to stand on that without compromising the Word of God in a culture that is forever shifting, forever compromising, because it’s (with) the Word of God that we can correct, teach, and rebuke the world with love.”