Citing his over 40 years of ministry and personal testimony of the Gospel’s transformative power, longtime pastor and Christian leader Johnny Hunt stressed the continual need for evangelism in every person’s life and community during Friday’s livestreamed Liberty University Convocation.

“He’s a personal friend and a mentor to me, and someone I’ve looked to for years as an example of what it looks like to witness with your life,” Nasser said.

Hunt spent over 30 years as the pastor of First Baptist Church in Woodstock, Ga., one of the largest churches in the United States, and served two years as president of the Southern Baptist Convention before transitioning to his current role as the senior vice president of evangelism and leadership for the North American Mission Board (NAMB).

At the age of 7, Hunt’s father left his mother to work two jobs to care for her six children. Hunt dropped out of high school at 16 to work at a pool hall and pursue a career as a professional pool player. Describing himself as having no personal purpose or direction at the time, Hunt was arrested three times, including charges of theft and drunk driving.

However, he saw his life altered when someone invited him to a Sunday morning church service, where he heard the Gospel, became convicted by his wrongdoings, and decided to return for the church’s night service the same day. Hunt said he sensed God’s purpose for him after that night, leading him to finish his GED after three attempts and enroll at Gardner-Webb College and Southeastern Baptist Theological Seminary.

“If God can take me from where I just said I came from, it’s not really about what I bring to the table at salvation, it’s what God placed in me at salvation,” Hunt said. “It’s not about how equipped we are, it’s how passionate and burdened we are. We don’t need more resources, we need to plug into the resource of God, the Holy Spirit, and just tell our story, be a witness of what Christ has done for you.”

Hunt reminded students of the difficult but honest truth that those who do not receive salvation and eternal life through God will perish and go to hell, and he explained that these unsaved people will not hear the Good News about the righteousness of Christ without evangelism. He said that research has shown that the fear of being rejected or fear of damaged reputation are holding Christians back from evangelizing.

“We’ve become self-centered instead of others-centered,” Hunt said. “We see people in their actualities and it scares us, but we need to see them in possibilities. Jesus Christ sees us not for who we are, He sees us for who we can become.”

He encouraged Liberty students to reach those in their circles with the Gospel and witness the ensuing spread of the Gospel potentially becoming greater than they imagined.

“God may use you to reach one, but the one you reach may reach thousands. Somebody invited Billy Graham to a crusade and it changed (Graham’s) life…and he touched more people than anyone else who has lived in humanity.”

Jesus modeled everything He calls believers to do in evangelizing, Hunt explained, recounting the biblical story of Christ saving Andrew and Phillip and how they both went to share their faith with family members and friends. 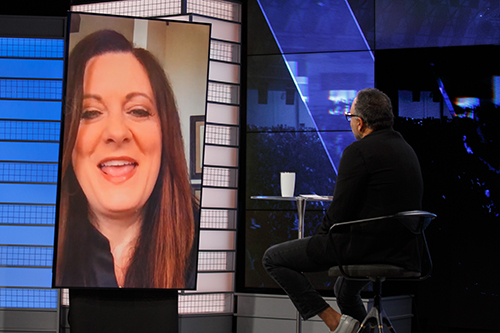 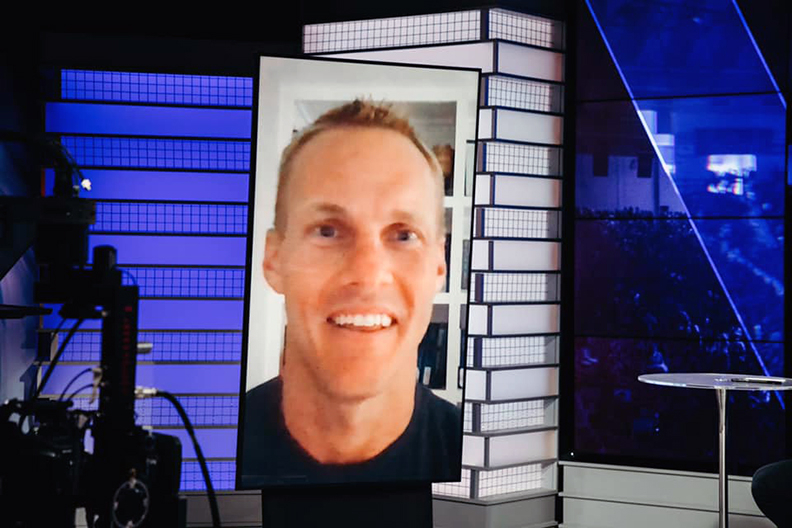