With a Convocation visit from the couple behind HGTV’s “Home Town,” Friday’s Convocation encouraged students to share their passions, allow God to use them, and take pride in the place they call home.

The Napiers’ journey together began as students at Jones County Junior College in Ellisville, Miss., when Erin used her job at the school yearbook to interview Ben, who was the subject of her secret crush.

“He comes to the yearbook room to talk about the story, we were inseparable for six days, and then we decided to get married,” Erin said.

After graduation, the couple took up jobs and eventually moved back to Erin’s small hometown of Laurel, Miss. Ben worked as a youth pastor, and Erin worked, with Ben’s help, to revitalize Laurel and document the process through social media. With evidence of their success shared online, the Napiers soon caught the attention of producers at HGTV.

At the time, the couple was uncertain about the future of their careers, and HGTV brought them to something new: their own television show. Erin described her work as her way of sharing her love for her home, and she encouraged those listening to share their own passions with others. 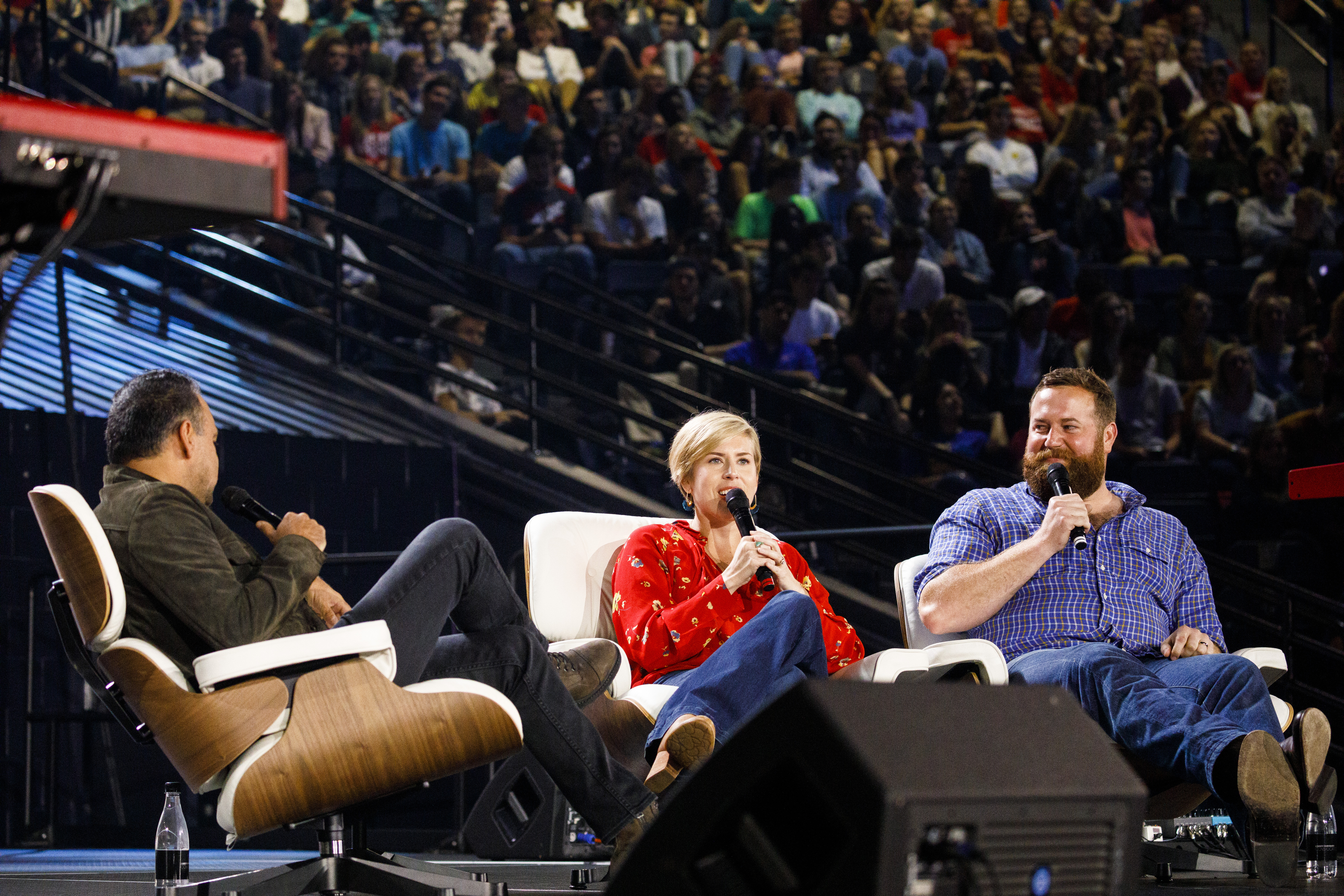 “We were scared, and then we got this email that said, ‘I’m just in love with your town, your love story, and what you’re doing in Laurel, and I wondered if you’ve ever thought about doing TV,’” Erin said. “If you share it the right way, you’re passionate, and you’re authentic about the things that you love and believe in, other people feel like it gives them permission to believe in it, too.”

The Napiers weren’t looking to be in the spotlight, Ben said, but they wanted to submit themselves to God’s plans.

“At that point it didn’t feel like it was necessarily what God was saying He had planned for us, but instead it felt like an affirmation, that He was telling us to keep going and keep following,” Ben said.

The Napiers’ popular design show is known for transforming old houses in various poor conditions into modern and personalized homes, and Erin said the change these houses undergo reflect the way human lives are rebuilt through Christ’s salvation. 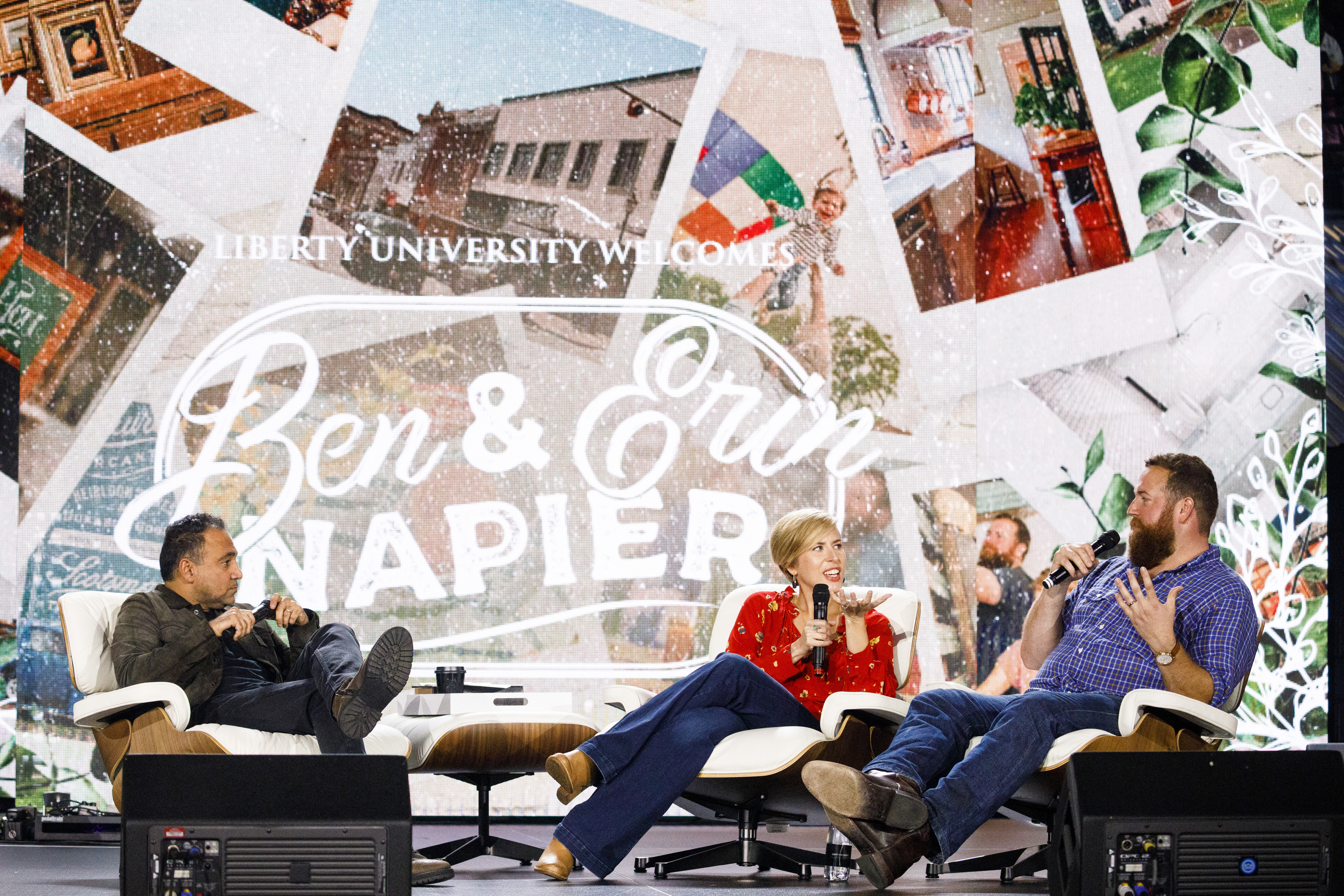 “The real joy and honor in what we do is the fact that we get to show an example to the world,” Erin said. “We take a broken thing, a house that’s soggy and rotten, that’s a little like us … and we see examples of restoration and redemption in the end.”

During each season, they work on four houses over seven weeks. By the end of Season 4, which will premiere in January 2020, the couple will have renovated a total of 50 homes.

The cultural influences of the South are deeply embedded in the Napiers’ daily lives, and Erin said that they consistently seek to use their southern values to make amazing things out of what’s around them. They also take the opportunities afforded by the show to try to encourage entire neighborhoods to take pride in where they come from.

“I think what makes people intrinsically southern is taking whatever modest thing you have, like pork belly, and making it into something delicious,” Erin said. “In the same way a virus spreads, so does wellness. It’s a ripple effect, and we feel honored to be the rock that gets to start the ripple sometimes.” 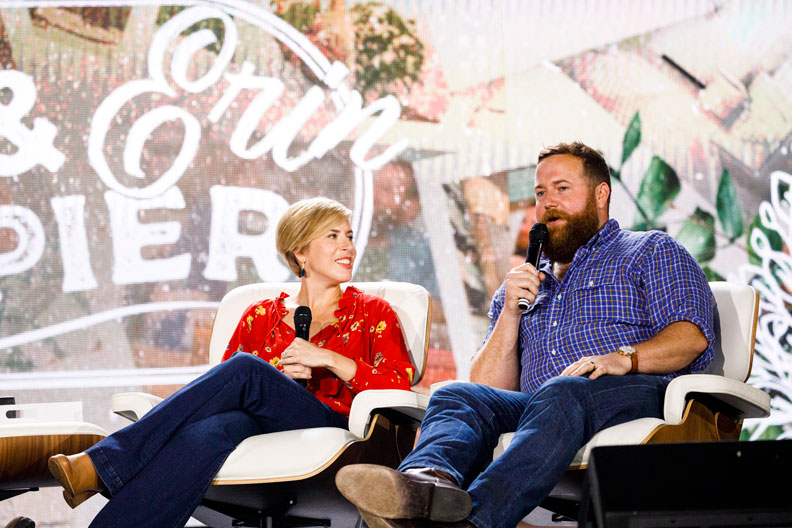 Inspired by the work of the Napiers, the university surprised a set of roommates with a dorm room makeover, which was revealed in Convocation. The three male students, who live on the Circle, now have a freshly designed space featuring innovative design elements, personal additions to fit the students’ interests, and a large television mounted on the wall. The room was designed by Jennifer Nasser, wife of Liberty’s Senior Vice President for Spiritual Development David Nasser.

“We were thrilled to host the Napiers and learn how they bring their faith into their jobs,” Nasser said. “They are both so full of creativity and they display a Christlike spirit every day in their work. That message is so applicable to our students.”

He thanked the university and President Falwell for making the room makeover, and practical Convocations like this one, possible. 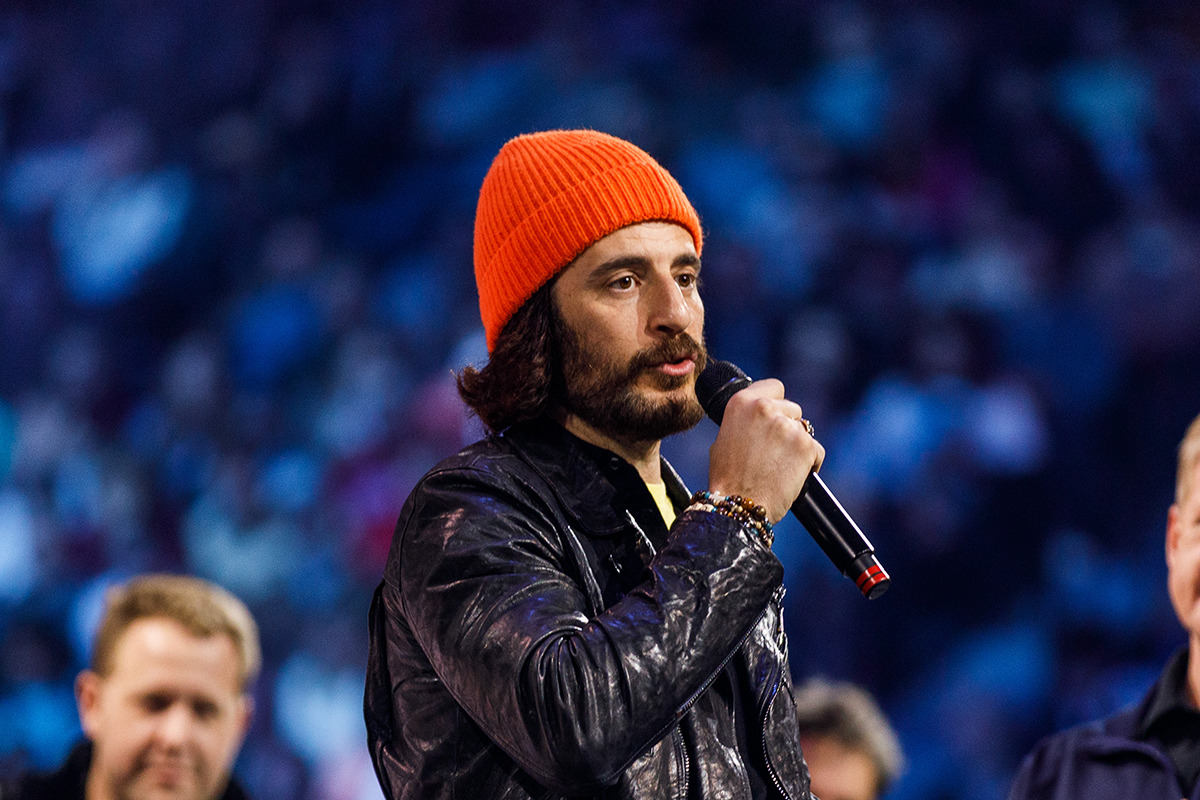