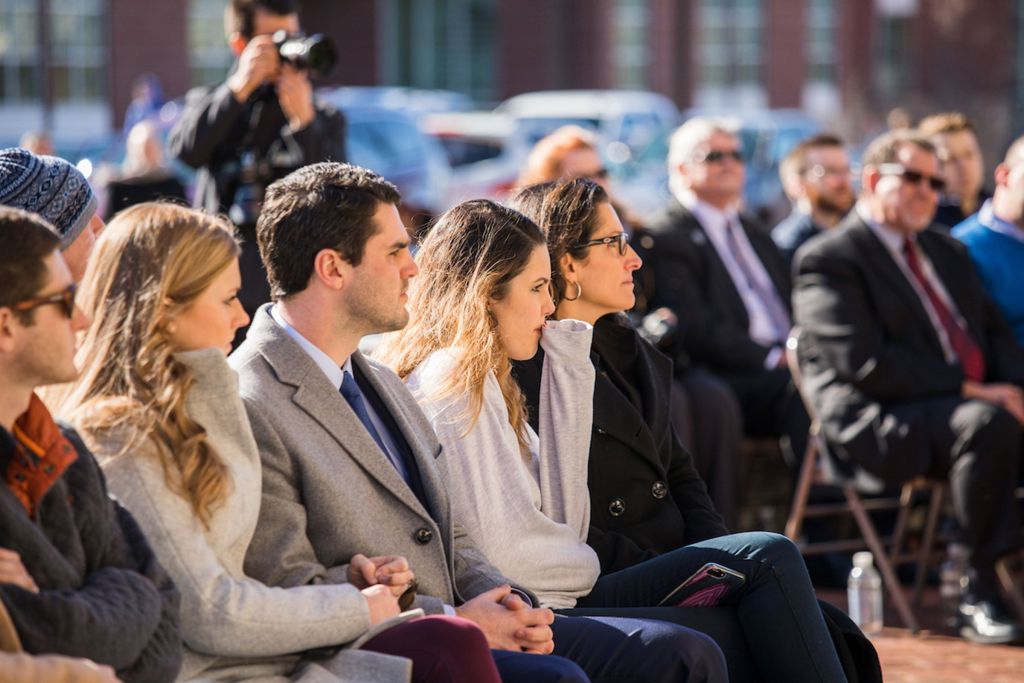 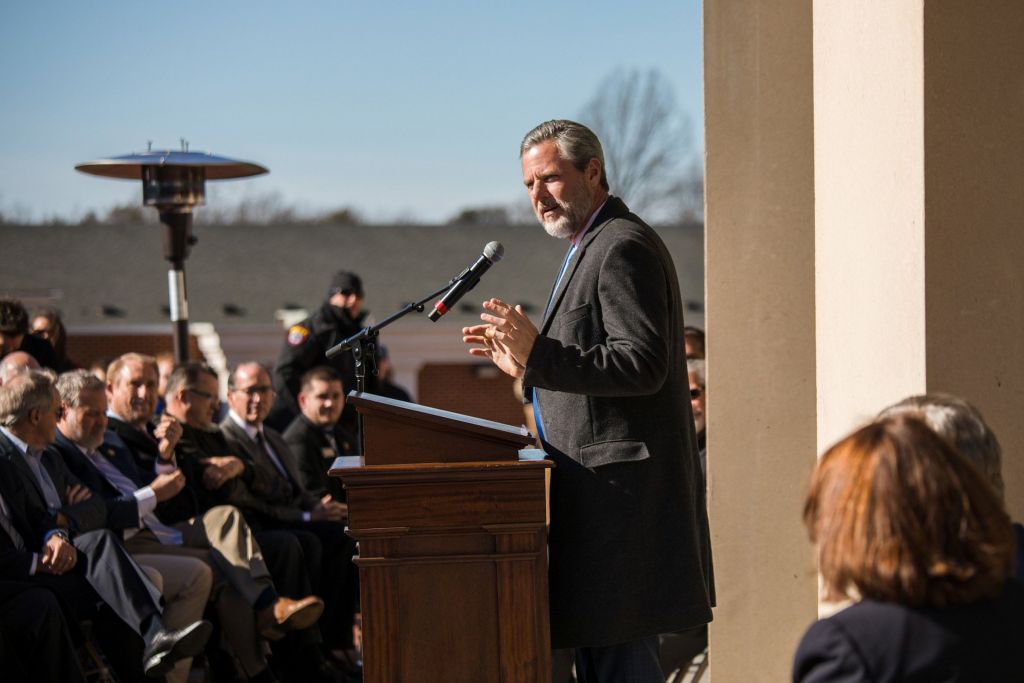 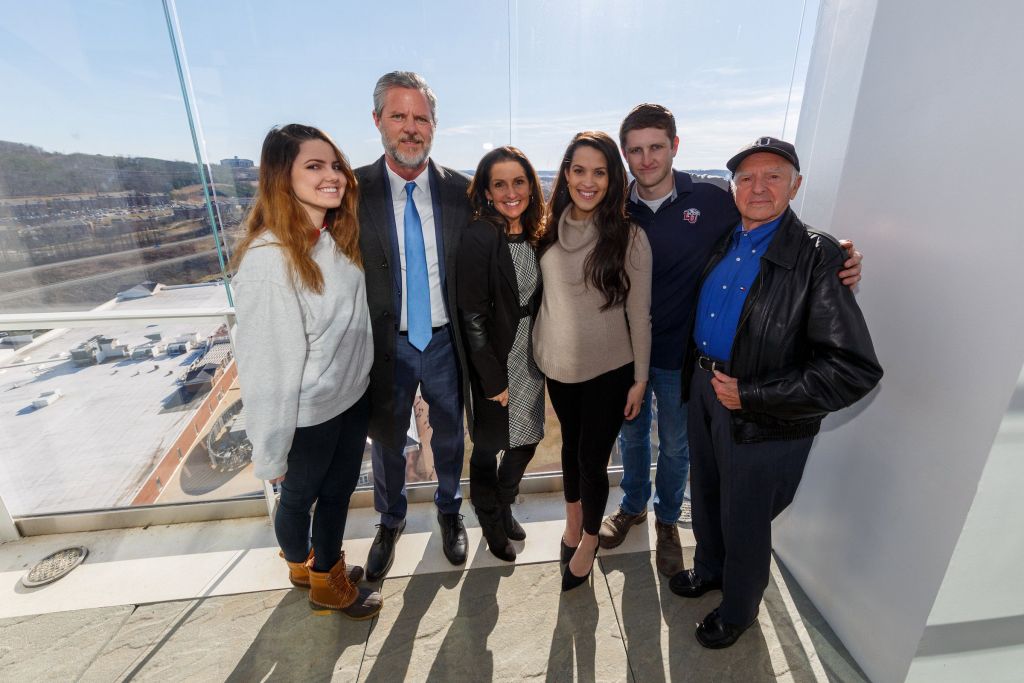 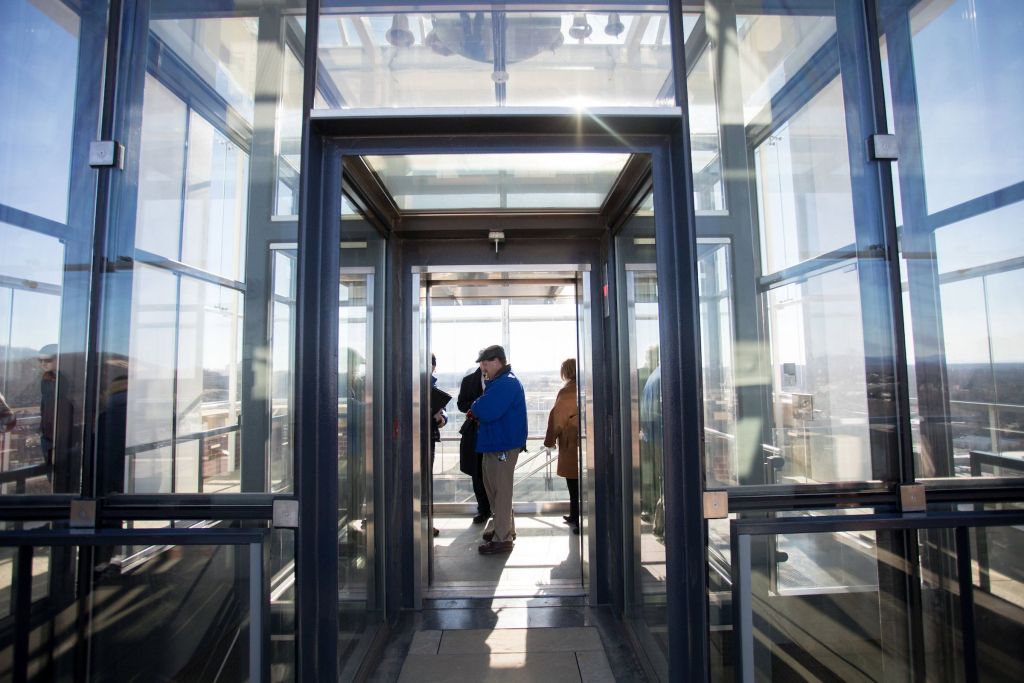 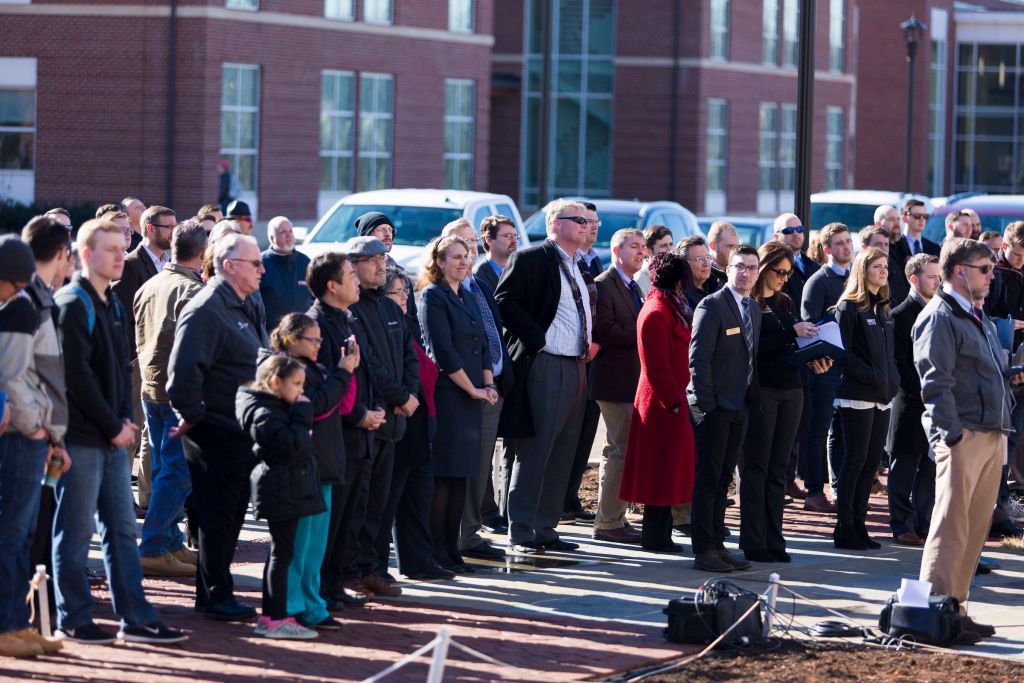 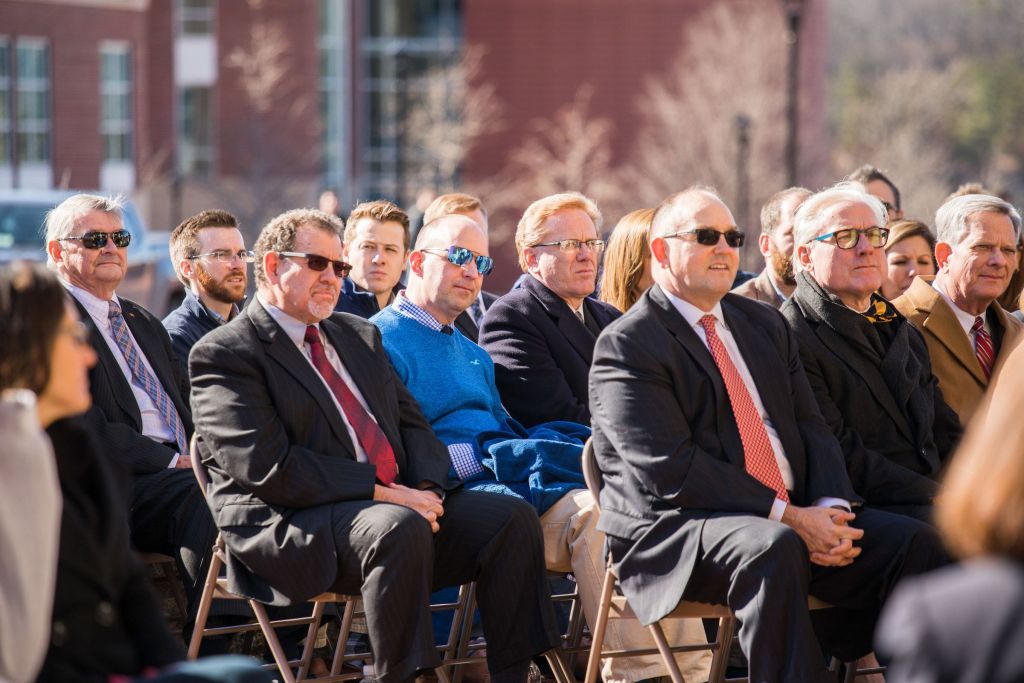 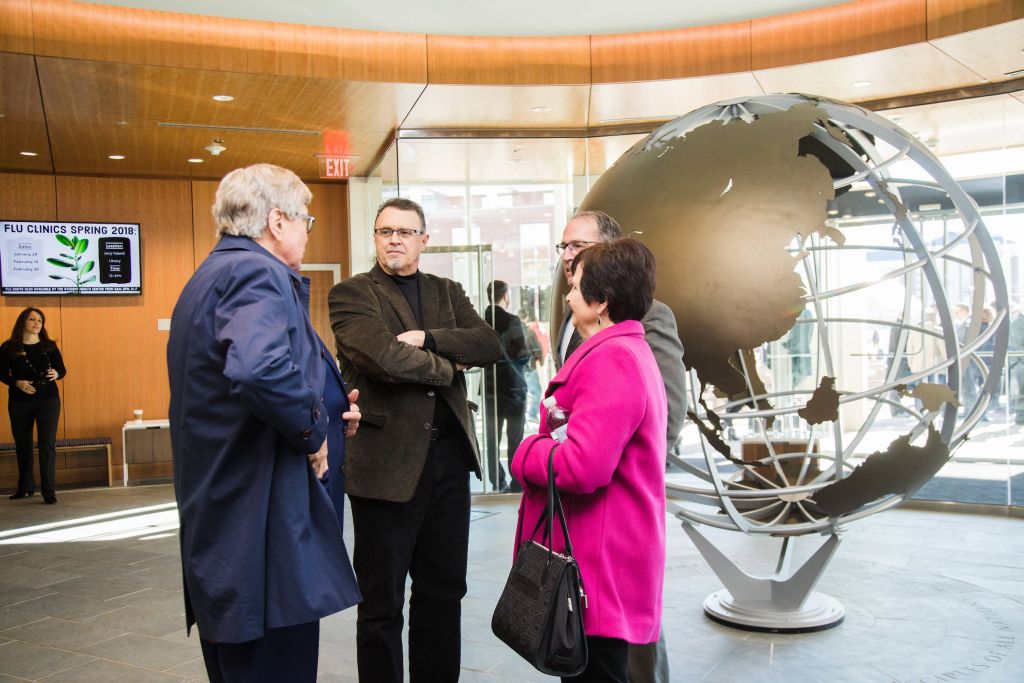 Liberty University celebrated the opening of its newest — and tallest — landmark on Monday. A ribbon-cutting ceremony took place for the 275-foot-tall Freedom Tower, home of the Rawlings School of Divinity, the nation’s largest center for religious studies and ministerial training.

The 17-story tower and the large building encircling its base feature classrooms and offices, a conference room, homiletics lab, and an interactive classroom, as well as observation spaces to take in the spectacular views of campus.

Provost & Chief Academic Officer Dr. Ron Hawkins opened the ceremony with a prayer and welcomed guests, who ranged from Liberty leadership, School of Divinity faculty and staff, generous supporters, and representatives from the City of Lynchburg.

President Jerry Falwell said as the master plan for Liberty’s massive campus rebuilding unfolded, there was no building that he felt served as the university’s focal point. The idea of a tower that would also serve an academic purpose was well-received.

“Freedom Tower will be a testament to our heritage as a Christian university and will really make a statement to everyone for years to come about what the school is all about,” Falwell said. “That was the idea, and we are so thrilled to see it take shape.”

As a divinity student himself in the 1980s, Falwell talked about how the school helped shape his Christian worldview. He also thanked the donors and supporters, including the Rawlings family (brothers Herb, Harold, Carrol, and George) who donated $12 million toward the project. The family has been directly involved with some of the unique aspects of the building, including a scriptorium, which will open at a later date. The family was not present at the ceremony, but will receive a full tour on one of their regular visits to campus in the near future.

The lead architectural firm on the project was VMDO, out of Charlottesville, which worked closely with Construction Management Associates. Both have been responsible for several projects in Liberty’s nearly $1 billion campus rebuilding. Fox & Associates of Richmond, Va., was the lead structural engineering firm.

Liberty co-founder and former dean Dr. Elmer Towns also addressed guests. He talked about the extraordinary faith of Liberty’s founder, Dr. Jerry Falwell, and how he saw the vision God gave them for a world-class university that would train and equip students to reach the world for Christ.

“Today, I am overwhelmed by what God has done by the faith of Dr. Falwell and his son, Jerry Falwell Jr., and what they want to do for God,” he said.

Towns recalled speaking at Liberty’s first Convocation in 1971, preaching from Matthew 28:19: “Go, and make disciples of all nations.” The same words are etched on the lobby floor of the new building, underneath a large globe.

Dr. Ed Hindson, current dean of the School of Divinity, called the new building “a divinity school for the 21st century.”

“This is an electronic marvel that has incorporated some of the greatest ideas of modern technology that are going to enable us to teach more powerfully and effectively than ever before,” Hindson said.

He read from Proverbs 18:10, a verse he said he is reminded of upon seeing the tower: “The name of the Lord is a strong tower; the righteous man runs into it and is safe.”

“The light of the Gospel will shine from this building for generations to come, reminding us that the truth of Scripture speaks into every discipline of academic study,” Hindson said. “It is our prayer that when people see the lights of the building at night, it will remind them that the light of truth must resonate from this place.”

The carillon of 25 bells at the top of the tower chimed in celebration as guests were led on guided tours of the entire facility.