The morning event provided a unique opportunity for Liberty students and leaders to challenge some of the greatest legends in the history of the sport, including International Tennis Hall of Fame inductees John McEnroe, Michael Chang, and Andy Roddick.

Liberty Senior Vice President for Spiritual Development David Nasser and President Jerry Falwell both came dressed to play and mixed it up with the professionals in a “King of the Hill” contest at the close of Convocation.

Falwell returned Chang’s second serve and exchanged several ground strokes with the former French Open champion before being eliminated when he approached the net and was unable to retreat in time to return Chang’s lob.

Dillon Segur, a former Liberty No. 1 men’s tennis player and now an LU Shepherd, knocked out two tennis legends, hitting a cross-court winner to catch Chang off guard before pouncing on a McEnroe drop shot and passing him down the line.

After first-year Men’s Tennis Head Coach Derek Schwandt won his share of points, Nasser showcased his racquet skills in the final point, returning the second serve of the left-handed McEnroe and winning a spirited rally to earn King of the Hill honors.

The three rock stars of the tennis world opened Convocation by reflecting on some of their greatest victories and discussing the current state of the sport in a Q & A session with Nasser.

Chang’s most celebrated match of his career came against three-time French Open champion Ivan Lendl in the 1989 French Open in Paris, when he was just 17. The tournament took place in the midst of turmoil in China, leading to the Tiananmen Square demonstrations and government crackdown. Chang, whose parents moved to America from Taiwan before he was born in New Jersey, relied on strength from God to stage a dramatic comeback and inspire the Chinese people.

“God taught me some incredible lessons,” Change said. “In that match with Ivan Lendl, I was cramping very severely, and in the fifth set, I was starting to think to myself, ‘Who am I kidding here? I’m not going to win this match.’”

Trailing, 2-1 in the decisive fifth set, he was tempted to give up before he received “an unbelievable commission from God.”

“It was almost like the Lord was telling me, ‘Michael, what are you doing here? Do you realize that if you quit now, every circumstance that you have that’s similar, whether it’s on the court or off the court … you’re going to quit again.’”

So Chang answered God’s call and finished the match, pulling off one of the most inspirational comebacks of all time.

“The Lord really used it to put a smile on a lot of Chinese peoples’ faces when there really wasn’t a lot to smile about,” Chang said. “I started to understand, to a much greater degree, that tennis and sports provide a platform to be able to surely showcase your talent, but at the same time to be able to touch lives and impact hearts.”

Chang went on to win his next three matches to become the youngest Grand Slam tennis tournament champion in the history of the men’s sport.

McEnroe — the all-time men’s tennis record-holder with 155 career ATP victories (77 in singles and 78 in doubles) — addressed his legendary temper, explaining how his controversial personality on and off the court helped him to rise to the top of the game. Even at 58, he has continued to serve as an ambassador and advocate for the game among American youth, whom he encourages to learn from his shortcomings.

“Tennis in a lot of ways builds character, helps you make decisions on your own to learn about life and how to cope with losing, [and] to learn from it,” he said.

Roddick said he is encouraged to see more young men’s tennis players from the U.S. rise in the world rankings.

“The shadow created by the guys to my left (Chang and McEnroe) is not an easy thing to deal with,” Roddick said. “I was kind of in the shadow of the Rushmore of American men’s tennis during my career. It was a responsibility that made me better, especially since I had idolized these guys growing up. I hope the younger players feel that responsibility (too).”

Liberty Women’s Tennis Head Coach Jeff Maren was thrilled to have the tournament in town, sitting with his entire team alongside the men’s squad in the stands.

“This is an amazing thing to be able to have professional tennis here,” Maren said. “They are some of the greatest that I have ever seen and they can still play. It gives our players a boost when they see players like this, and it motivates them, makes them want to go out and practice even harder.”

UPDATE 10/17/2017: Monday night’s PowerShares event began at 7 p.m. in the Vines Center with McEnroe facing Chang before Roddick squared off against James Blake, who was once ranked as high as fourth in the world. After defeating Roddick, Blake faced McEnroe in the final and emerged the winner of Lynchburg’s exhibition tournament. 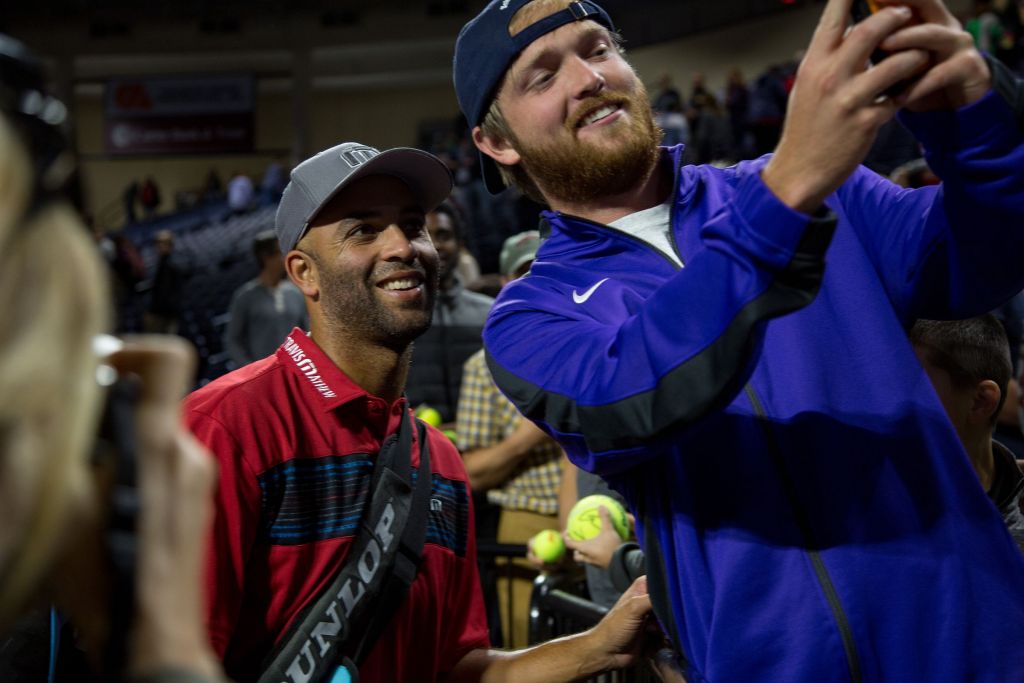 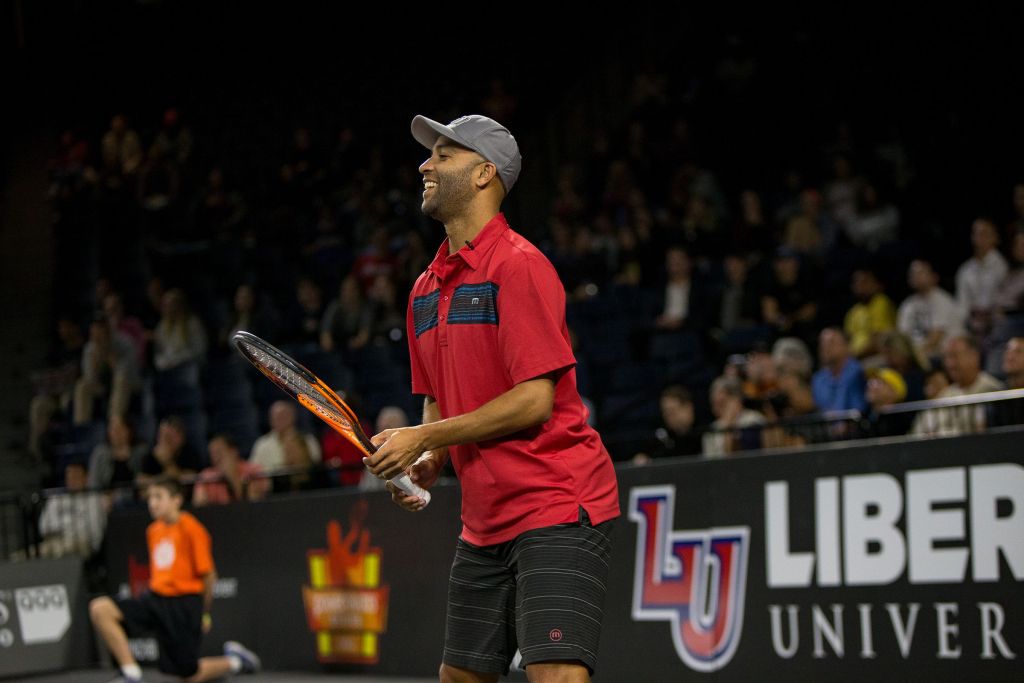 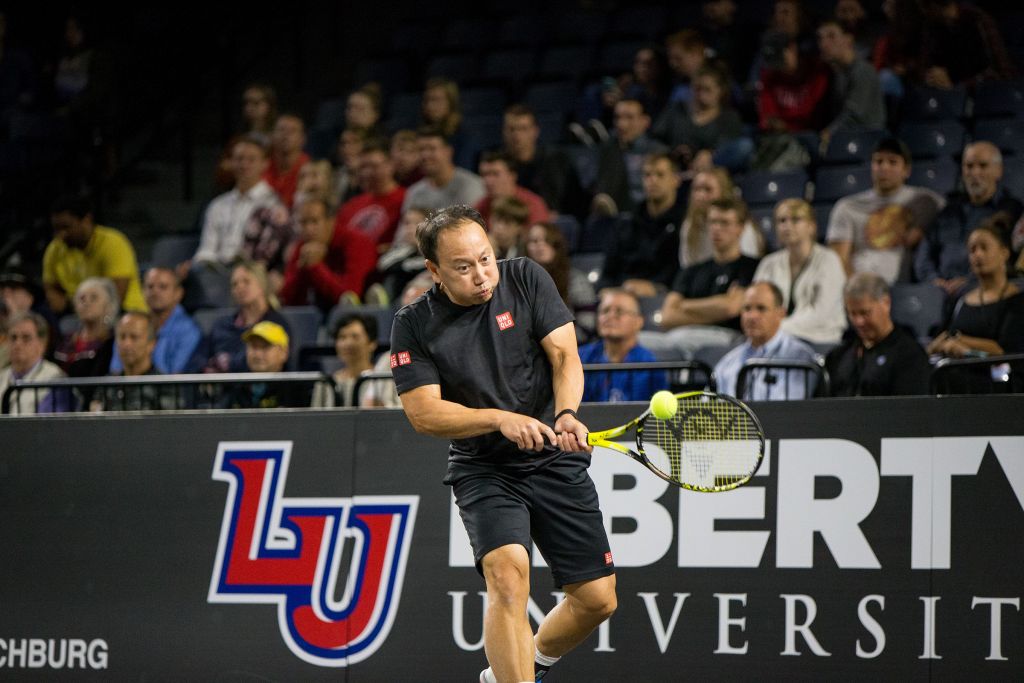 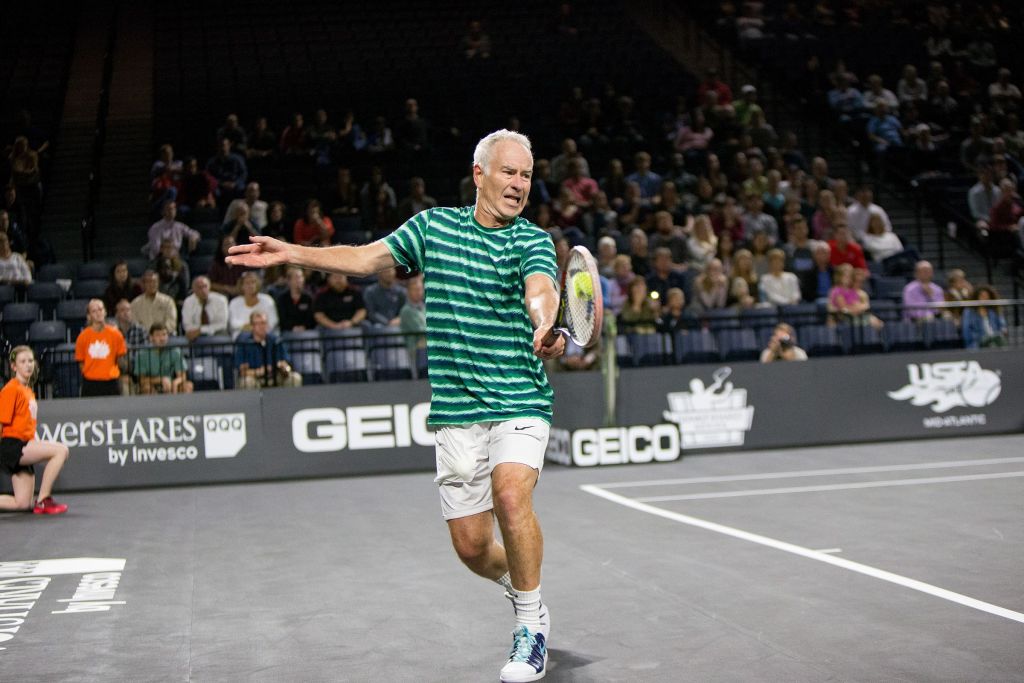 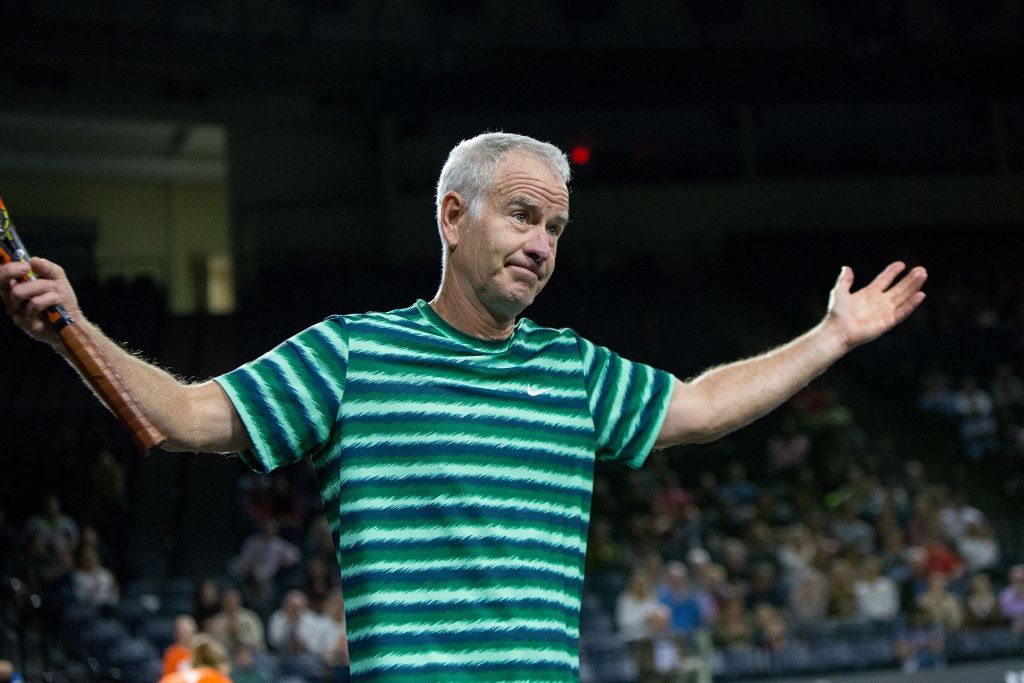 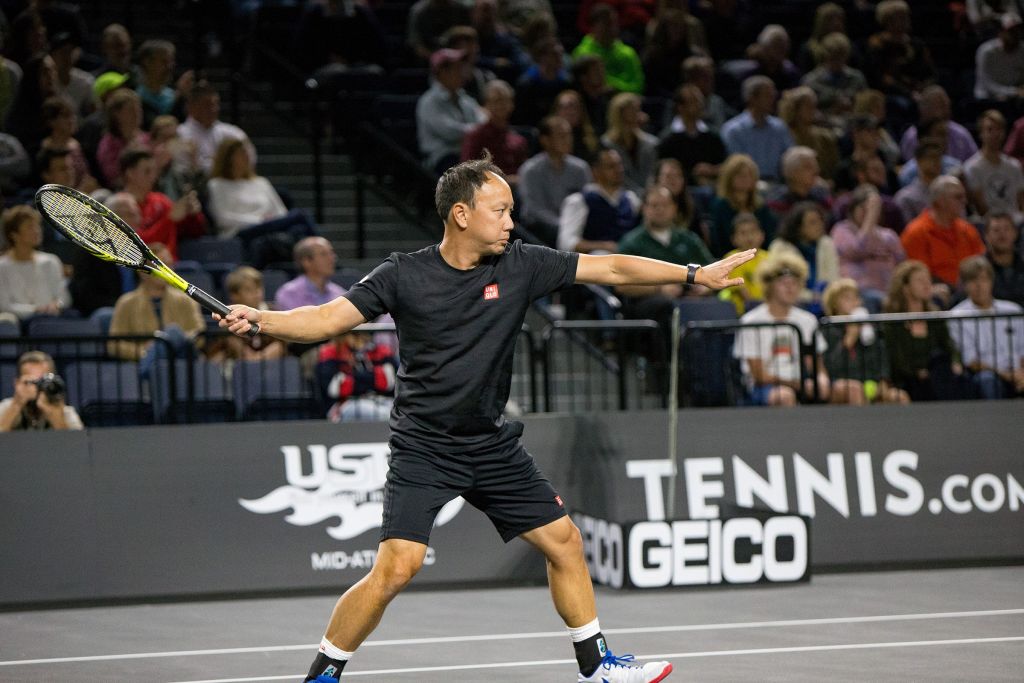 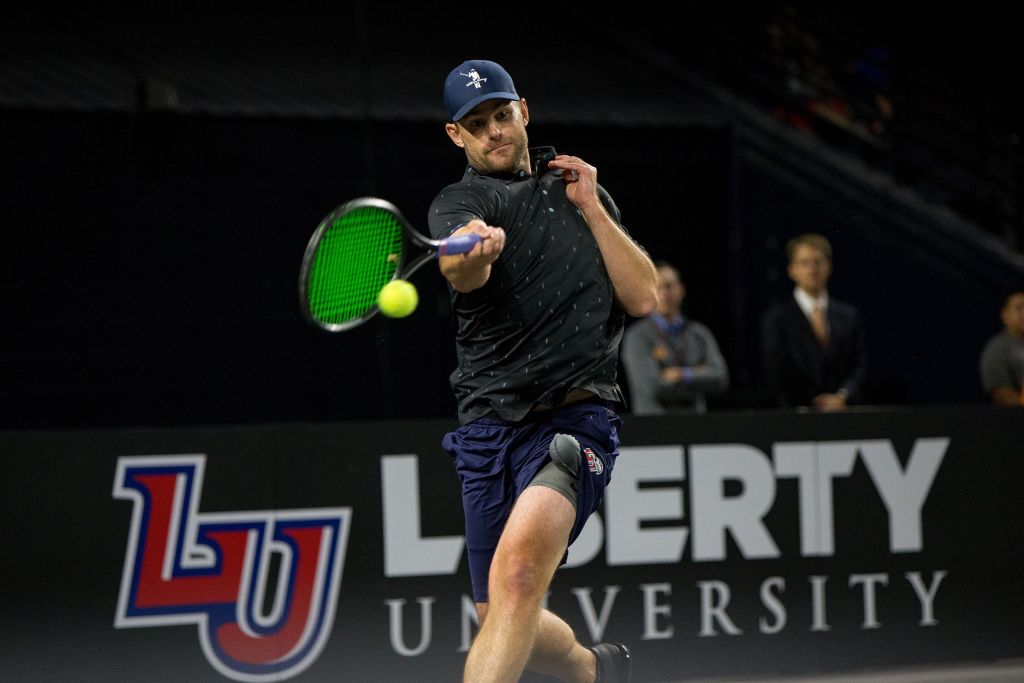 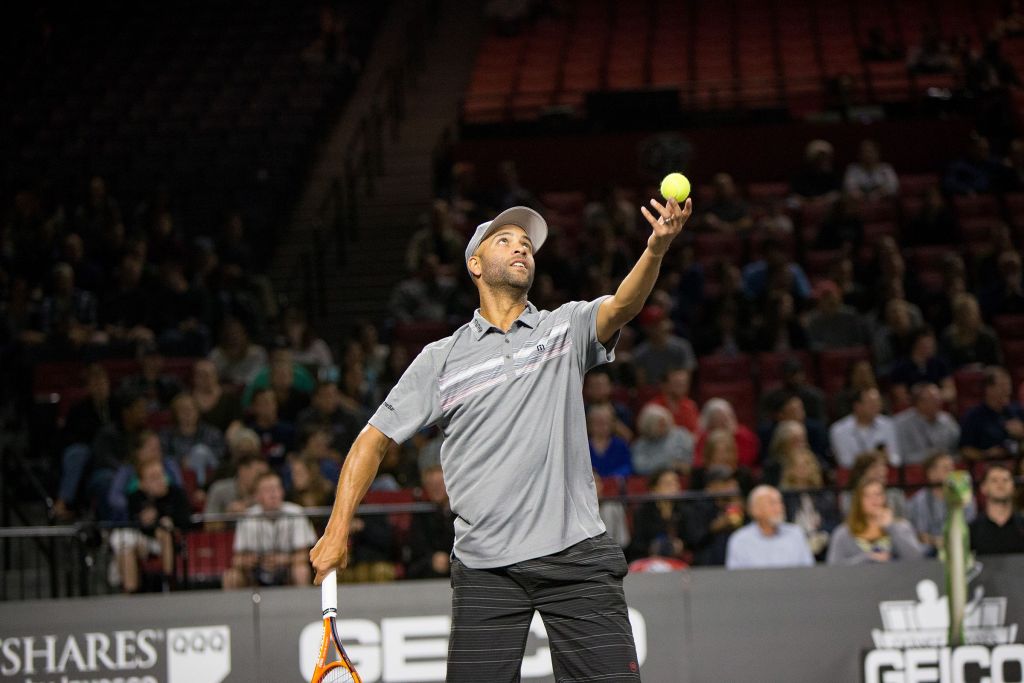 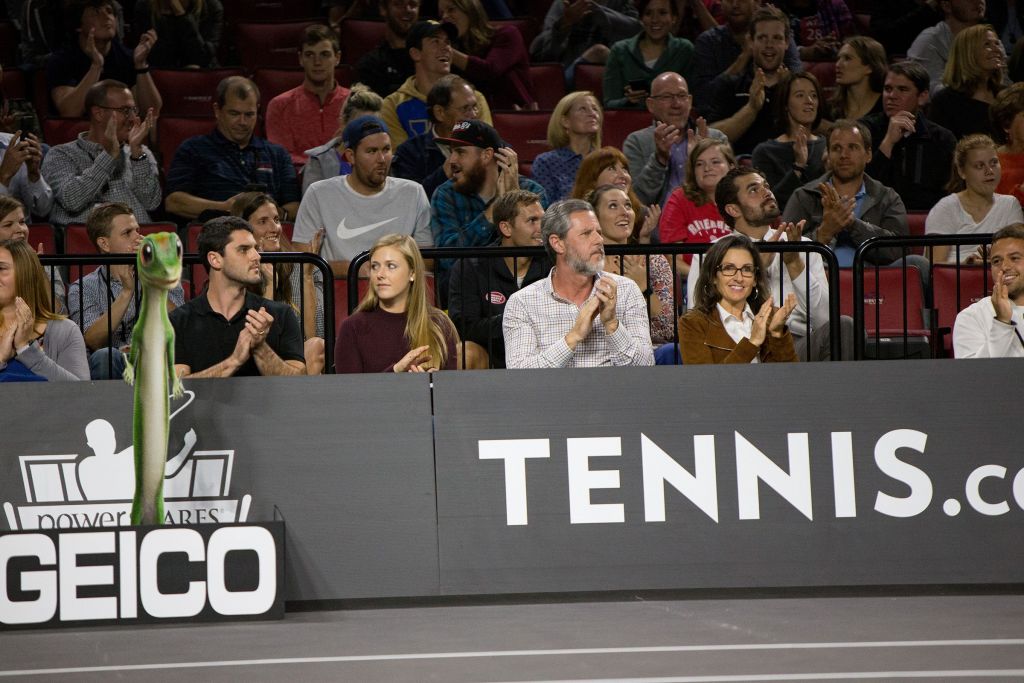 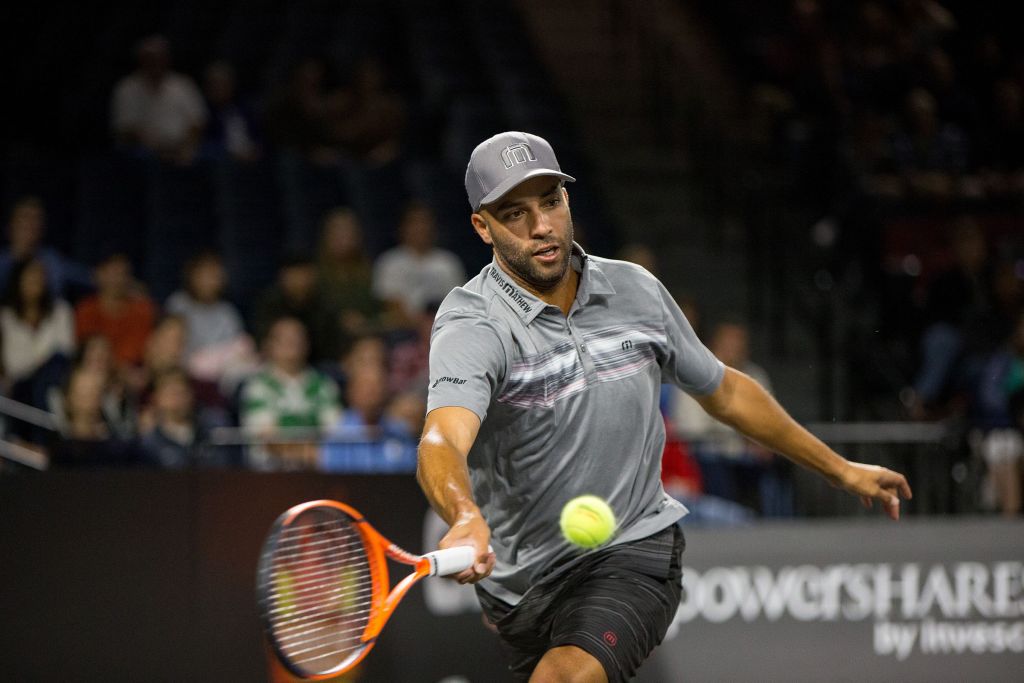 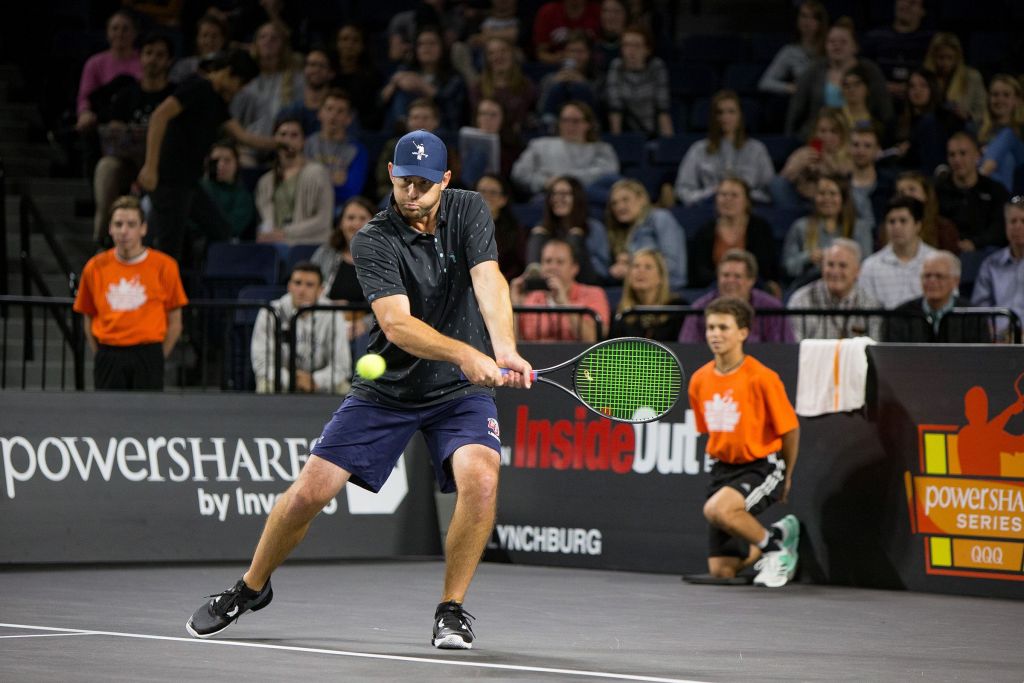 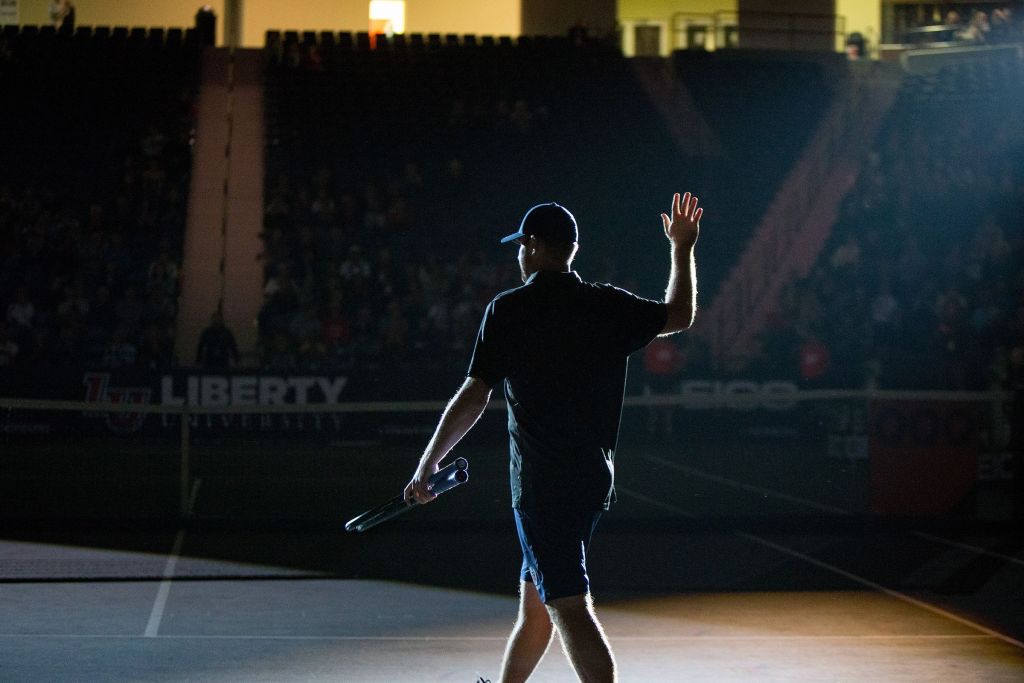