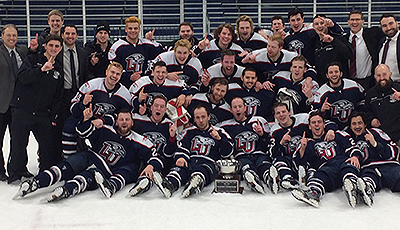 The second-seeded Flames (29-12) stretched their winning streak to 10 games and captured the ESCHL crown in their inaugural season in the conference.

Liberty has qualified for the March 9-14 ACHA DI National Championships in Columbus, Ohio, for the ninth time in 11 seasons. As the No. 16 seed, the Flames will face 17th-seeded Colorado State in the opening round.