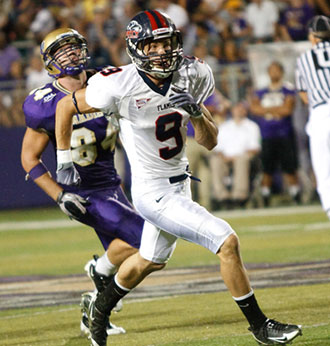 Kelly, along with Youngstown State defensive tackle Nick DeKraker, were named as this year’s award winners and each will receive a $5,000 postgraduate scholarship. The pair were selected from a group of six finalists.

They will receive their awards during the association’s annual membership meeting held in conjunction with the National Association of Collegiate Directors of Athletics (NACDA) Convention at the World Center Marriott Resort in Orlando, Fla. The award presentation will take place at a special luncheon on June 13.