Pastor Steven Furtick speaks on the ‘greater’ power within 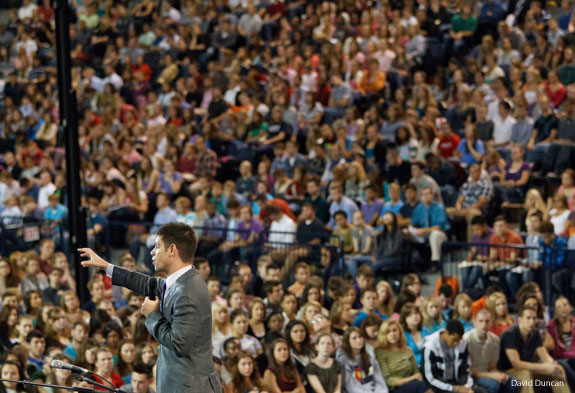 Pastor and author Steven Furtick returned to Liberty University for Wednesday’s convocation, challenging students to look to the “greater” power of Jesus that lives in each Christian.

Furtick is the author of two best-selling books, “Sun Stand Still” and the follow-up book, “Greater,” which was released this week and is already climbing to the top of sales charts. He is also the founder and lead pastor of Elevation Church in Charlotte, N.C., which was started in 2005 when Furtick and seven other families sold their homes, quit their jobs and moved to Charlotte to plant the church. It has been named one of the Fastest Growing Churches in America by Outreach Magazine. In less than seven years, it has grown to more than 10,000 people in weekly attendance, meeting at seven locations in the Charlotte area.

In his second visit to Liberty, Furtick focused his message on John 14:12 where Jesus said, “Whoever believes in me will do the works I have been doing, and they will do even greater things than these, because I am going to the Father.” 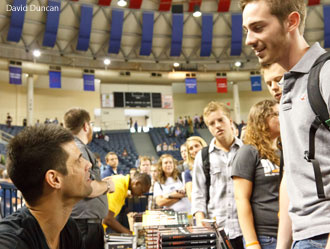 “You and I live so often in this place called ‘good enough’,” Furtick said, adding that oftentimes people are caught up in waiting to be ready to follow God rather than just doing it.

“God never called you to feel ready, He called you to follow Him,” Furtick said. “He doesn’t call me to understand fully; He calls me to obey completely.”

More than 100 Liberty students attend Elevation when they are home on breaks. Within the next year, the church is planning on opening a new site in Toronto, Canada.

Sophomore Ashleyn Galloway of Charlotte has attended Elevation Church for about five years.

“It’s a huge blessing to see how much my church has grown since its beginnings,” she said. “I started going when it was so small and met in a high school. Now my pastor is speaking at my college, which is the biggest Christian university.”

Furtick signed copies of his books after convocation. He gave away several copies to students from his congregation and also held a special luncheon for them. 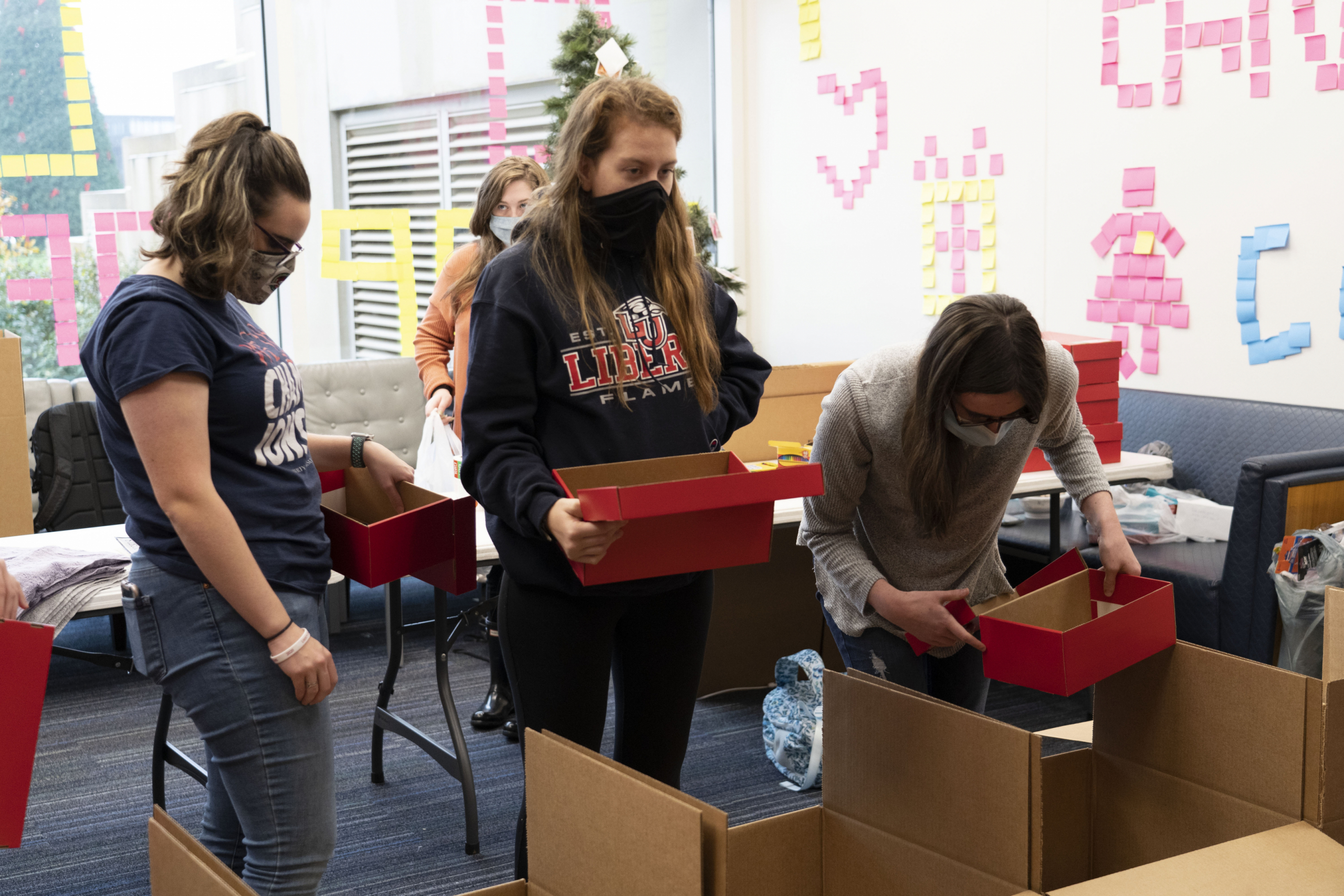 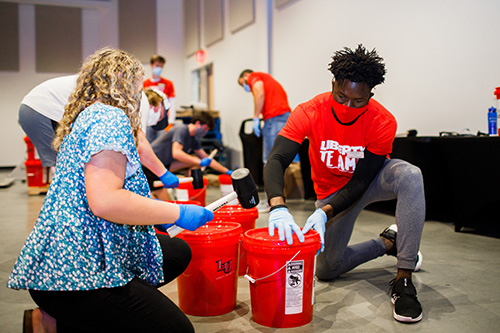