Donor intends to give tennis facility to Liberty 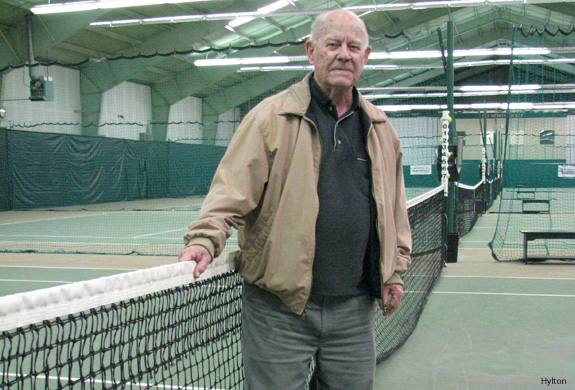 Sherwin Cook has given two tennis-related gifts to Liberty in the past few months.

A longtime Lynchburg, Va., tennis facility is now under the management of Liberty University.

The Sports Racket – about a 15-minute drive from campus – was recently purchased by Sherwin Cook, who intends to give the facility and the surrounding 18 acres to Liberty. 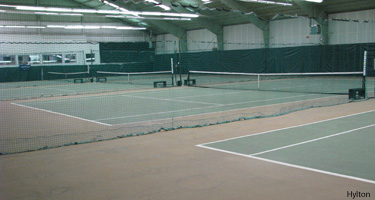 “I have been involved with Liberty for a number of years with the endowment program,” Cook said. “I thought this would fit right in.”

Existing customers will notice no changes in operating hours, policies, or fees. All contracts will be honored and Liberty students will have free use of the facility during hours when the facility had been closed in the past.

This is Cook’s second tennis-related donation to Liberty in three months. In November, Cook provided the lead gift for the Cook Tennis Center, which will be home to a 2,500-square-foot operations center for Liberty’s men's and women's tennis programs.

The Sports Racket has been part of the Lynchburg community since 1976. It opened as Central Virginia Indoor Tennis and changed to its current name in 1984.

Bryan Evans, assistant director of auxiliary services, will be the acting manager of The Sports Racket. He said Liberty students will be allowed to use the facility for free in the late evenings as it expands its hours to 11 p.m. Monday-Friday and Sunday.

The facility may allow Liberty to expand its intramural program to racquetball, Evans said, as well as possibly holding tournaments there.

He said The Sports Racket will continue to operate as business as usual for the nearly 300 members.

“This is a great new asset for Liberty,” Evans said.

Cook is looking forward to the changes Liberty can bring to the facility.

“Liberty will be able to use it a lot for the students as well as everyone else. We’re not going to take it away from the local people,” he said. “They wouldn’t have anywhere to play.”

Chris Johnson, head coach for Liberty’s tennis teams, said the school has used The Sports Racket for many years for practice as well as hosting NCAA matches.

“We are so excited to have more access to The Sports Racket,” Johnson said. “It will not only help grow the tennis programs at Liberty, but will provide access to indoor tennis for the students as well. We are so thankful to Mr. and Mrs. Cook for their continued generosity.”

Cook, 86, is a Liberty University Board of Trustees member and shares the university's belief in the importance of Christian education. Cook contacted Chancellor Jerry Falwell, Jr. in the fall of 2010 to discuss the purchase and donation. Liberty worked with Cook throughout the fall to facilitate the purchase.

“Sherwin has been a great friend of this university for many years. He made the first major donation after my father’s death and is continuing to help us financially and by serving as a member of the Board of Trustees,” Falwell said. “He is extremely knowledgeable about business and financial matters and his advice and counsel in those areas are invaluable to me. His friendship and generosity to this university are deeply appreciated.”

Cook is also an avid tennis player who began playing at the age of 60.

“I like what Liberty stands for, the work of the Lord, the outreach and the millions of lives they are touching or will touch with the ministry,” Cook said. “There’s no end to what Liberty offers to the people, this community and throughout the world.”

“I’ve enjoyed being a little part of Liberty,” he said. 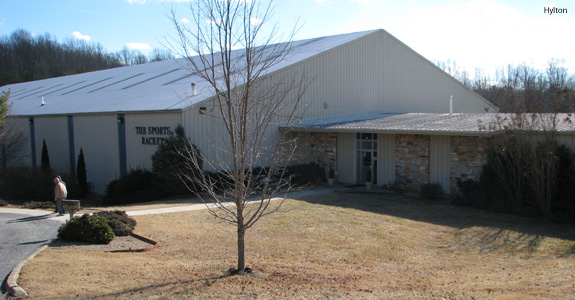 The Sports Racket is about a 15-minute drive from campus, located off Wiggington Road in Lynchburg.