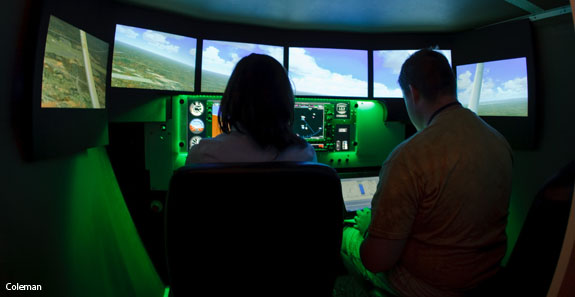 Students at Liberty University’s School of Aeronautics can now receive flight training without even leaving the ground. The school recently introduced the Redbird FMX flight trainer to the aviation program and the Flyit Helicopter Simulator to its helicopter training program.

The simulators give students a lower risk, cost-effective means for flight training.

With a retail price of $85,000, the Redbird is a costly investment, but the payback goes beyond dollars and cents. Students are able to use the simulator to log nearly half of their aviation training time for certification, providing considerable savings over the cost of training in an actual airplane.

“Our goal is to train competent and confident pilots, and the Redbird is a wonderful tool to help us meet these objectives,” said Spahr.

From the pilot’s seat in the Redbird, the student experiences the look and feel of an actual cockpit. Six flat-screen monitors make up the external viewpoint for the pilot, and can display a graphic replica of any location in the world. When the Redbird moves, the experience is even more realistic, especially during takeoff and landing.

“Flying the Redbird was an amazing experience,” said aviation major and junior Jesse Ronda. “I’ve flown the simulated plane twice now — in addition to flying an actual plane — and it’s incredibly similar to the ‘real deal,’ only more safe for training purposes.”

“This simulator allows students to train during times of adverse weather and learn certain emergency procedures in a much safer environment,” he said.

With both simulators, instructors can train students to fly in any weather conditions, creating turbulence and displaying rain, snow or hail on the monitors meant to replicate the aircraft windscreen. The simulators also allow students to train for emergency situations, such as mechanical failure.

In addition to the new training equipment, the School of Aeronautics also recently began offering the Associate of Arts Aviation Maintenance Technician degree, approved by the FAA and the Commission on Colleges of the Southern Association of Colleges and Schools (SACS). The 12-month intensive program is designed to train students to become FAA certified aircraft mechanics. 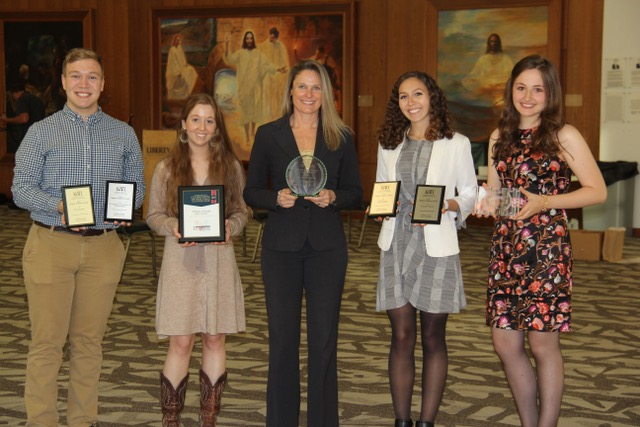 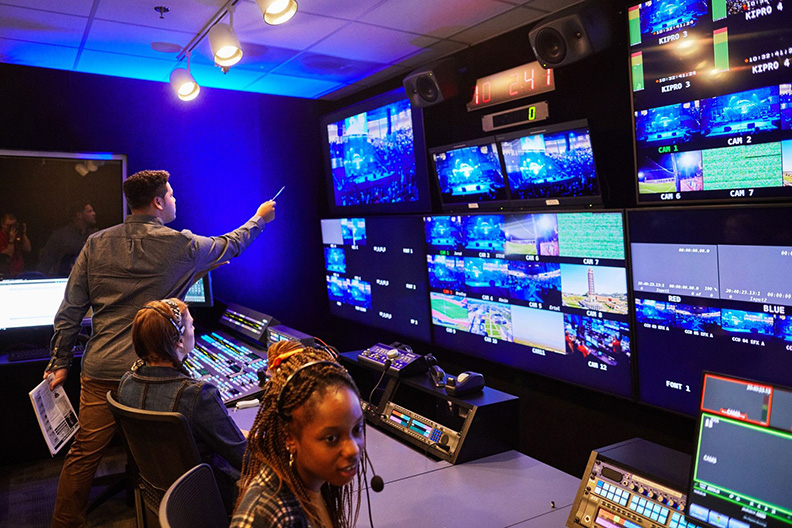