Liberty University alumna Jordan Hayley ('20) was recently hired as the White House’s Presidential Personnel Offices External Relations Director. She credits her college experience as a contributor to her recent success as she shines brightly for Christ in the nation’s capital. 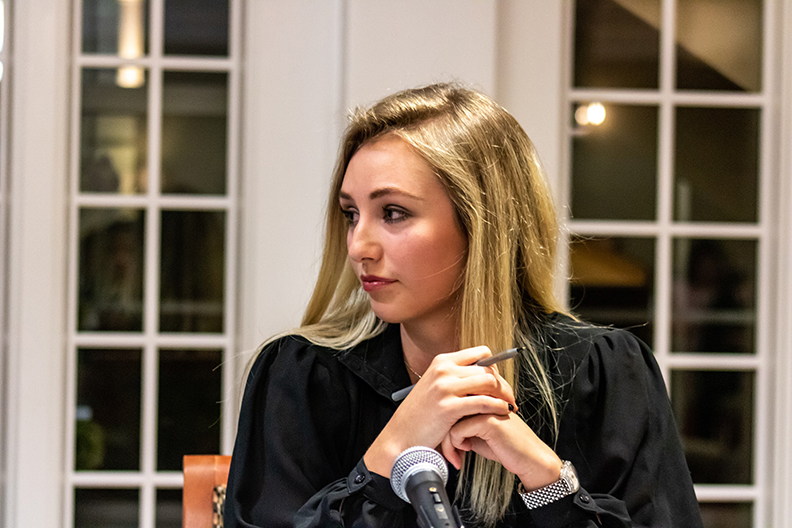 “I definitely would not be here without the mentorship and counsel that I received while I was at Liberty,” Hayley said. “Liberty really helped me to discover my passions and discover who God wanted me to be in this world. I think a big part of college is discovering who you are.”

Hayley was born in Houston in 1998 into a patriotic and conservative Christian family. All of her family members attended Texas schools, but there was always something within Hayley that longed to venture to the East Coast for college.

“I love Texas, but I was always that odd ball in the family who really had an East Coast heart,” Hayley said. “I thought I would potentially go to Vanderbilt for my undergrad.”

But that changed when one of Hayley’s high school mentors told her and her mom about Liberty University in Lynchburg, Va.

“My mom researched everything she could about Liberty and really sold me on it,” Hayley said.

“I had gone to a Christian school since I was in kindergarten and wanted to continue in that through my undergrad. I understood that if someday I went on to obtain a master’s degree through law school, that would likely be in a very secular environment. I really wanted my undergrad to be at a school whose environment had similar beliefs and values as mine.” 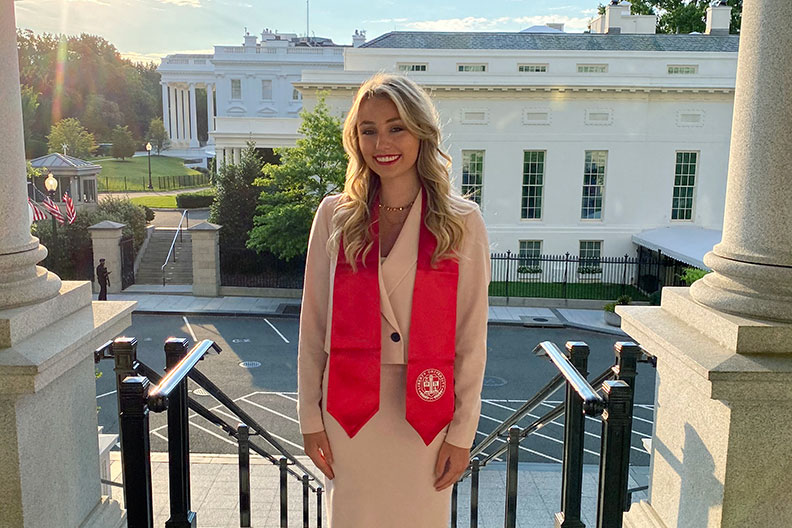 Once at Liberty, Hayley decided to double major in history and international relations. She started the university’s branch of the Alexander Hamilton Society AHS, a national nonprofit security organization that seeks to help educate young men and women into foreign and national security careers. She served as president.

The AHS is a nonpartisan, nationally recognized organization that promotes the understanding of national security, foreign policy, and economic statecraft among students. Under Hayley’s leadership, AHS brought high-profile national security experts to campus as well as other prominent speakers. The rapid success of Liberty’s chapter led to it being named Top Campus Chapter: Fall 2018 by the national society.

Hayley said the Lord used her experiences in college to give her understanding and discernment on what direction to pursue for her future.

“Before college, I knew who I was in Christ but I didn’t know what God had for me,” she said. “Attending Liberty and talking to my professors and gaining mentors really helped me to discover and have clarity about the path that the Lord had for me.”

That path led to her being hired as a White House intern this past spring while she finished her final semester online. But three weeks into her internship, she was hired by the White House full time.

“I act as the primary liaison between the prospective presidential appointees and our office as well as outside organizations,” she said, describing her office as “the one putting people in place to shape policies.”

“We are trying to find people with certain perspectives and values,” she said. “A lot of it is developing relationships, and before COVID-19, I was meeting with these prospective appointees in person and getting to know them and their background to discern more about their interest in serving the Trump administration.”

Her future career goals include a policy-minded role in government.

As Hayley reflects on her recent career-building accomplishments, she remains thankful for the role her alma mater played in assisting her on her journey to Washington, D.C.

“It’s been an honor to serve my country in this way,” Hayley said. “I grew up with a mindset to serve our country, and it’s been a dream come true to be able to get to this point, with Liberty’s help.”