In the midst of the COVID-19 crisis, as all classes and lectures have moved online, Liberty University School of Law made unprecedented accommodations in order to host its first-ever virtual moot court competition. 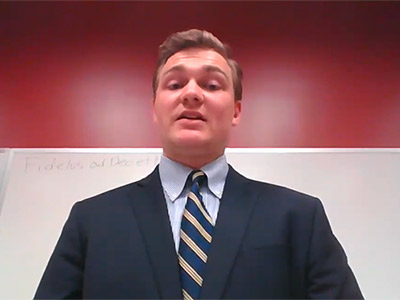 The George and Helen Hermestroff 1L Moot Court Tournament is held at Liberty every spring and is an internal competition. This year, instead of arguing cases in the School of Law’s Supreme Courtroom before a panel of distinguished judges, Liberty Law students and judges participated in an online event from their homes around the U.S.

Scott Thompson, professor of law and a Liberty Law Moot Court coach, said the virtual event was quite different from a usual moot court.

For the virtual competition, students argued briefs for a hypothetical case in which one party (plaintiff) was injured by fireworks manufactured by the other party (defendant). During the three-day event, April 14-17, students argued their case to determine whether a U.S. court could exercise authority over a foreign company that manufactured the fireworks. Unlike an actual court case, students were also required to present oral arguments for both sides. 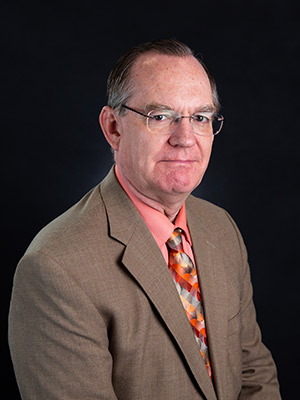 Thompson said the point of the exercise is to give students the opportunity to argue a case that is similar to one that a Supreme Court might hear, and, much like a higher court proceeding, judges can interrupt students during their argument to ask questions and probe the students’ knowledge.

“It is an intellectual dialogue between the students and the judge,” he said. “The point is that they know the law so well that they can argue both sides of the case with confidence.”

Eighteen Liberty Law students competed in the tournament, all arguing over a two-day period and judged in the preliminary round by either Thompson or School of Law Professor and co-director of the Moot Court program Rena Lindevaldsen. During the students’ second preliminary round argument, they were judged by alumni who were past participants in Liberty’s Moot Court program. The virtual nature of the event drew alumni from Virginia, North Carolina, D.C., and Texas. 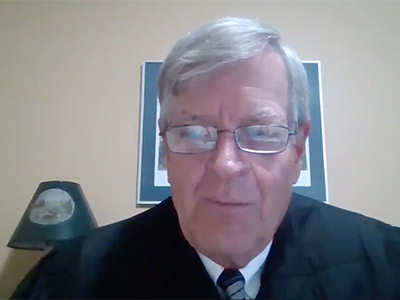 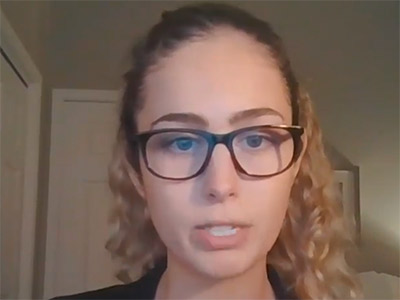 Liberty Law’s Moot Court Board also holds a 2L /3L Liberty Cup tournament every fall (scheduled for Sept. 26) and sends teams to regional and national tournaments throughout the academic year. Second-year law students Matthew Hughes, Michael Maunder, and Dan Capps earned a berth to the National Appellate Advocacy Competition (NAAC) finals in Chicago, scheduled for this month but canceled due to COVID-19 restrictions. Liberty Law’s Moot Court program has sent at least one team to nationals nine times in its 14 years of competing.

“Each tournament or internal event gives us the opportunity to evaluate the student’s talent level and give us an idea of who we can recruit for a future moot court team,” Thompson said. “It’s their opportunity to shine.”

Liberty’s undergraduate Moot Court Team in the Helms School of Government also held a virtual moot court event this month as part of tryouts for next semester’s team. Read more.