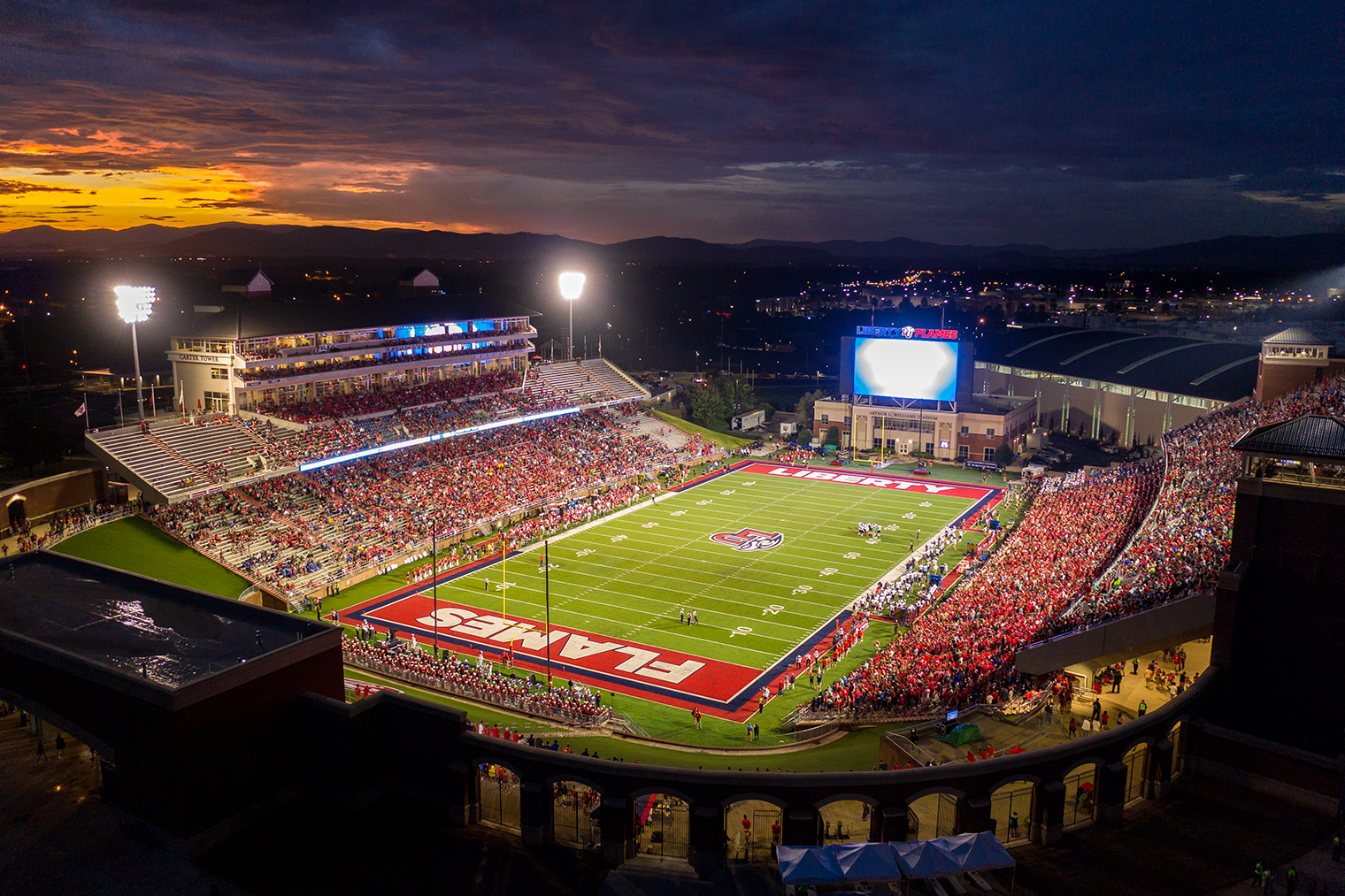 Liberty University’s football team kicks off its 2019 season — its first since completing its reclassification as a Football Bowl Subdivision (FBS) program — on Saturday at 6 p.m. against No. 22-ranked Syracuse. The Orange will be the first team from a Power 5 conference to visit Williams Stadium and will face the Flames in front of a projected record crowd of more than 25,000.

Home-field advantage in a stadium that underwent major renovations from 2017-18 to meet FBS requirements could give the Flames the emotional edge and spiritual boost they need to record their ﬁrst-ever triumph over an ACC opponent. It would be their fifth-straight home victory after ending the 2018 campaign with four in a row to become only the ninth first-year FBS program to record six wins.

The Flames have beaten FBS opponents in their past two season openers — upsetting Baylor, 48-45, in 2017 in Waco, Texas and routing in-state foe Old Dominion, 52-10, last Sept. 1 at home. They will also seek to extend their home-opening winning streak to seven games. 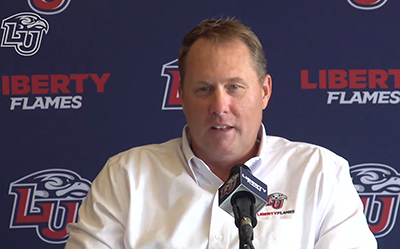 First-year Head Coach Hugh Freeze could be calling plays from the coaches’ box or in a golf cart on the sidelines after undergoing emergency surgery to remove a staph infection from his lower back on Aug. 16, as first reported by ESPN. He surprised the team by returning to practice in a golf cart last Friday in the Liberty Indoor Practice Facility and held his first weekly press conference leading up to Saturday’s opener Monday in Carter Tower at Williams Stadium.

“What I preach to our team and our coaches is it is a great opportunity, enjoy it, there shouldn’t be any stress with it,” Freeze said. “They’re a top-25 football team and this is our first full season as an FBS program. On paper, they have a better roster than we do, but … I’ve been on the side where I’ve beaten teams with better rosters. We’re going to compete every play for 60 minutes and see what the scoreboard says. If we do that and we are fundamentally sound … and stay healthy, we have a shot to be a very competitive football team in Year One with our entire schedule.” 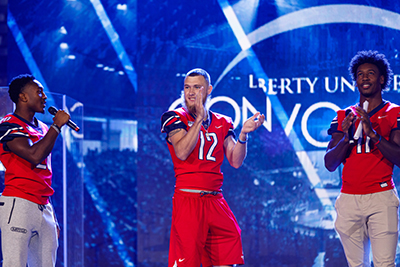 Senior Stephen “Buckshot” Calvert, who is on the Johnny Unitas Golden Arm Award Preseason Watch List, enters his fourth season as the Flames’ starting quarterback. The Flames’ all-time leader for touchdown passes (65) needs only 1,905 passing yards to eclipse the career record of 10,266 set by Josh Woodrum (’16).

Liberty offers complimentary transit to Williams Stadium along Liberty Mountain Drive from the Liberty Indoor Track Complex to the East Satellite Lot, beginning three hours prior to kickoff and concluding two hours after the game.

The game will also be broadcast on 88.3 FM, The Journey, with Alan York providing the play-by-play, and can be watched live on ESPN+ with Game On anchor Matt Warner calling the contest.