Liberty President Jerry Falwell, with the help of one of Christian music’s most famous artists, Michael W. Smith, made a special announcement during Commencement. From backstage at a show with the Newsboys in Wisconsin, Smith appeared on the videoboard congratulating the graduates and telling them: “You might want to stick around for another couple years, because next year, I’m going to be hanging out on campus; Liberty and I have some big news on taking music to a whole other level, and it’s going to be awesome.” 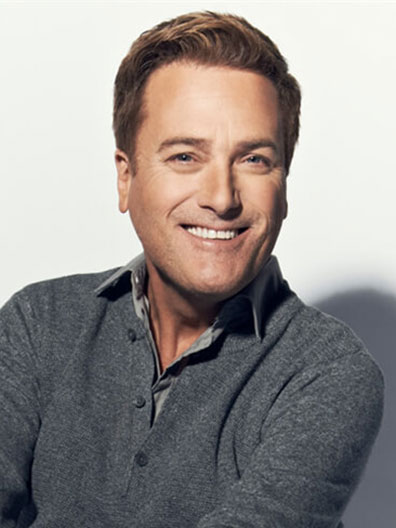 Now, the news is out: The Michael W. Smith Center for Commercial Music will launch this fall at Liberty’s School of Music, with Smith as the director. Along with the new center will come a major recording label that will attract new and already successful artists from across the country. Artists will also come to Liberty to help train the next generation of music professionals.

Falwell announced that Kevin Jonas, father and original manager of the Jonas Brothers who launched their music careers in 2005, will also play a pivotal role in working with Liberty students to publish records and introduce their talent to the world.

Former Christian recording artist and music industry executive Al Denson has been a key player in securing Smith, Jonas, and others in this unique partnership. As Liberty’s commercial music industry liaison, Denson will bring in artists who have the passion to work with budding musicians who were once in their place.

“These artists remember how hard it was starting out, working years and years to have the opportunity to record on a major label,” Denson said. “So when they have a chance to give back to those who are really wanting to seek what they did, and walk down the same path, they are more than willing and excited to invest in them. It’s magnetizing to get around students who are hungry when you know how it feels yourself. The artists just need a place that has integrity and supportive staff who care, and that’s why the match with Liberty makes it so good.” 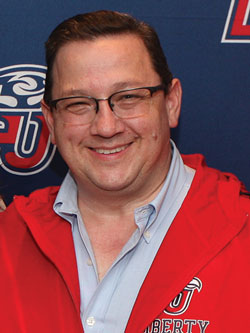 Jonas will bring another level to the program, Denson added, connecting with artists who want to sign with the new mainstream label out of Liberty.

“Kevin has the most integrity of anyone I know on the pop side of music,” Denson said, noting that Jonas will also be making trips to campus. “He’s going to give us depth into a market where we’ve never been; he has relationships with people who can be a Christian but still be on the pop side; he’s a liaison to the other side of the coin.”

Denson credits the new initiatives to Dean Vernon Whaley: “When you have a leader who gets it, that’s pretty cool; when you continue to change and seek better alternatives like he has, that’s what really makes it good.”

Denson has been serving with the School of Music’s advisory council for 14 years, and a songwriting lab is named for him. 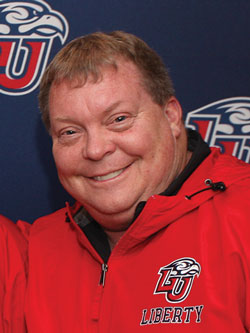 Whaley said the School of Music has already established itself as the top training center for worship leaders, and now the goal is to also establish Liberty nationally as the “focal point for the training and equipping of commercial musicians for the industry.”

“We want to give all of our students — music majors or not — a conduit to the world stage,” he said. “Now, we’re moving toward commercial music so we can train Christian marketplace musicians ready to enter the industry when they graduate.”

Liberty is among the top 10 largest schools of music in the country. With the expansion into commercial music, Whaley said the school is expecting 27-percent growth in enrollment next year and up to 47 percent in the next two years.