Former New York Yankees pitcher and three-time All-Star Andy Pettitte shared during Wednesday’s Convocation at Liberty University about his faith, career, and playing for one of the greatest baseball franchises in sports history.

“It’s an honor and a blessing to be here,” Pettitte said during the Q & A session with Senior Vice President for Spiritual Development David Nasser. “This is my first visit to Liberty. My wife and I have just been blown away. Thank you so much for welcoming us and making this a great trip.”

As a kid, Pettitte said he went to church every Sunday but didn’t have a personal relationship with Christ. When Pettitte was 11, his sister gave her life to Christ and asked him to come to church with her.

“For me, it was the first time I had heard the Bible preached to me from the standpoint that I needed to have a personal relationship with Christ,” Pettitte said. “That really shook me. The Holy Spirit was all over me, and I walked down to the front to give my life to Christ as an 11-year-old kid, and my life was changed.”

That faith was apparent on and off the field during his 18 years in the Major Leagues. Pettitte was drafted by the Yankees at 19 and spent most of his career in the Bronx. While wearing the famous blue-and-white pinstripes, Pettitte helped the Yankees win five World Series titles (1996, 1998, 1999, 2000, and 2009). The team retired his No. 46 in 2015 and put his plaque in Monument Park.

“To be out there in Monument Park with some of the guys I watched growing up and those played alongside with was absolutely amazing,” he said. “When I first got to Yankee Stadium, the first thing I did was walk through Monument Park and look at the plaques and history.” 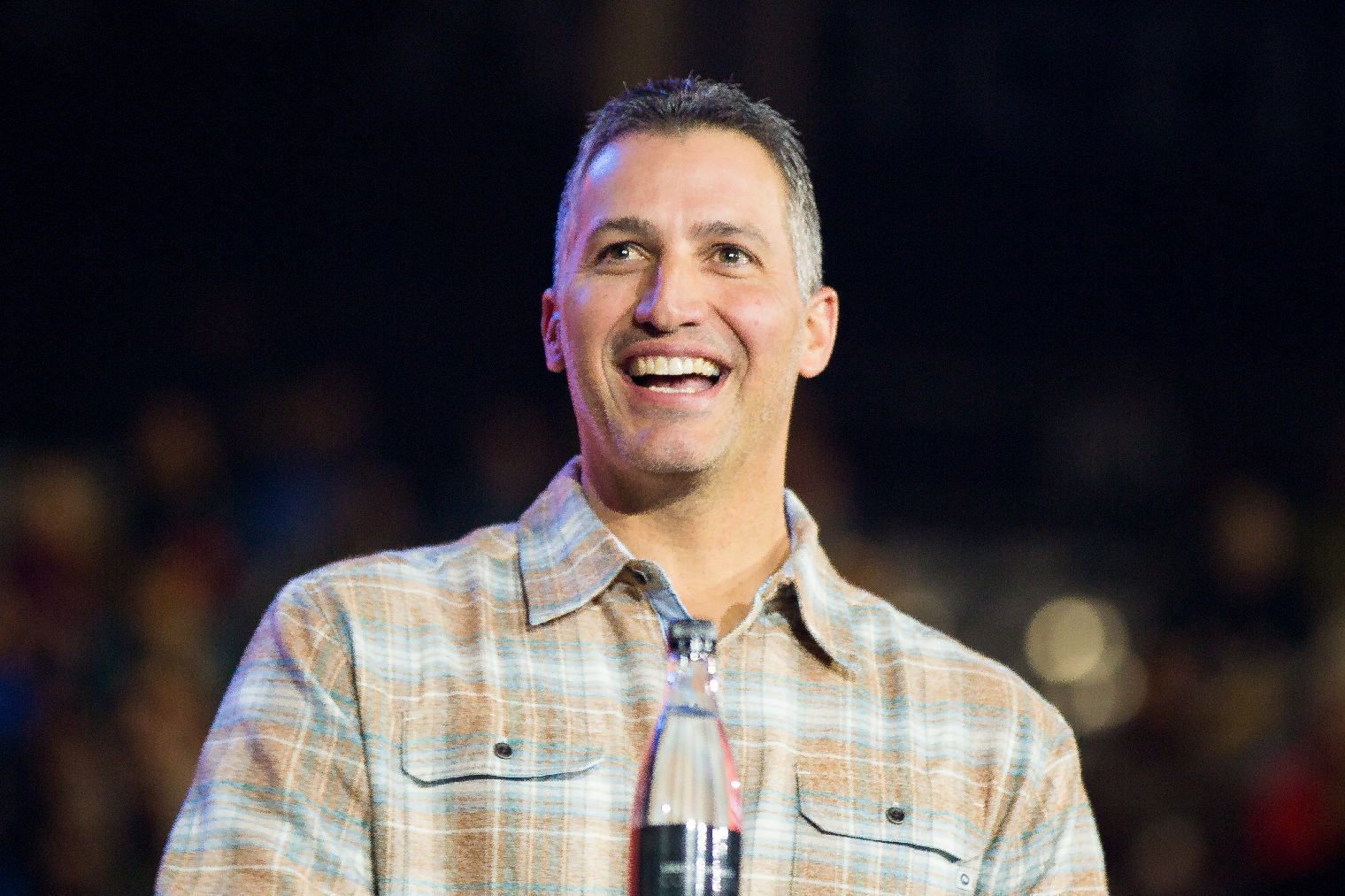 During his career, Pettitte said he wasn’t scared to fail because he knew who he was in Christ.

“The fear of failure can really hurt us,” he said. “I knew that Jesus lived inside of me. I knew no matter what happened that God had me in the palm of His hand. If we’re a child of God, we have nothing to be scared of.”

Even in the valleys of his career, Pettitte still felt God was with him. That was especially clear in 2008 when Pettitte came forward to say he had taken human-growth hormones in 2002 for an elbow injury. It wasn't illegal in 2002, but he was still scrutinized in the media.

“I felt like I had lived my whole life for Christ. I grew up in ministry, I would teach Sunday School in the off-season, and I would share my testimony,” he said. “I thought in some of these low moments that that was going to be gone.”

During that time, Pettitte said he learned that as long as you’re living for Christ and have a pure heart, God will carry you through anything.

Pettitte also talked about his Yankee teammate and fellow believer Mariano Rivera, who was the first player to be unanimously inducted into the Baseball Hall of Fame.

“Mo and I met each other when I was 19,” he said. “I’m so proud of him. He’s a great Christian brother and a soldier for the Lord. He’s walked through a lot of stuff with me.”

“I grew up in New Jersey watching Yankee games with my dad,” Saquian said. “It was cool to see and hear Andy Pettitte speak in person, rather than on TV.”

“He was such a testament to his faith on the field,” Collier added. “I loved hearing him talk about how he was able to share that faith with his teammates, especially (Rivera).”

This is the second professional baseball player students have heard from in Convocation this semester. Last week, Chicago Cubs player Ben Zobrist and his singer/songwriter wife, Julianna, visited campus and spoke to students.