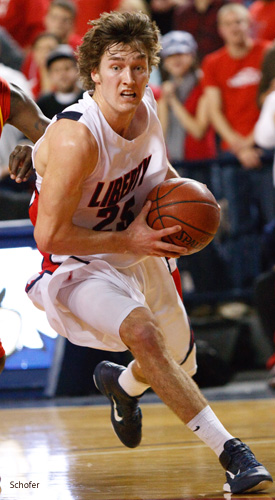 Sanders led the Big South in assists this season, handing out a league-high 183 and averaging 5.7 per game. He also was 11th in rebounding at 6.0 per game and averaged 11.4 points in 32 games played.

In addition to the All-American award, Sanders became the first player in Liberty University history to be voted Big South Player of the Year this season.

He is the first player in Big South history with 500 career rebounds and 400 career assists.

Sanders had eight games this season with at least eight rebounds and 14 games with at least seven assists. He recorded three double-doubles as well as his Big South-record third career triple-double during the 2010-11 season.

For more information on the men’s basketball team, visit www.libertyflames.com.