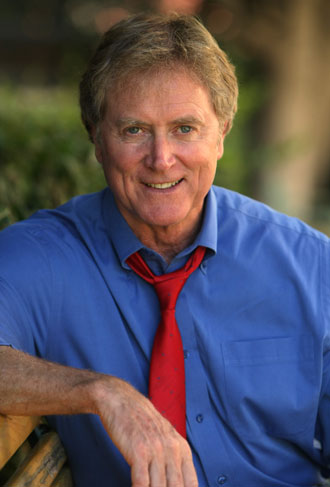 Wallace is most widely known for writing the screenplays for Braveheart and Pearl Harbor and directing Disney’s Secretariat, released last fall. His work on Braveheart earned him an Oscar nomination for Best Original Screenplay and a Writers Guild of America award. He also wrote, directed and produced the critically acclaimed We Were Soldiers and The Man in the Iron Mask. In 1999, he formed his own company, Wheelhouse Entertainment, with the main purpose of creating entertainment for worldwide audiences based on the values of love, courage and honor.

Wallace is also the New York Times bestselling author of seven novels and the lyricist of the acclaimed hymn Mansions of the Lord, performed as the closing music for President Ronald Reagan's national funeral.

Wallace will be no stranger to Lynchburg when he returns in May. Wallace spent much of his childhood here; he is a graduate of E.C. Glass High School.

“Ever since I first watched Braveheart in 1995 and learned that its writer was from Lynchburg, I have wanted to meet Randall Wallace. That movie’s lessons about the evils of big government and tyranny and the virtues of freedom are more relevant today than ever,” Falwell said. “I watched a video clip of his speech at the National Prayer Breakfast in February [Wallace was the keynote speaker]. That convinced me he would be a perfect fit at Liberty and would bring the right message for our 40-year anniversary Commencement.”

Falwell recently learned that Wallace’s father and his father, the Rev. Jerry Falwell, Liberty’s founder, knew one another and that Wallace himself had corresponded with Falwell, Sr., in his youth.

“Wallace told me that when he was a boy and going through struggles with his faith, that he wrote letters to my father and that Dad would write him back and give him the advice of his heart,” Falwell said.

At Liberty it has been a tradition to bring in guest speakers who are successes in their field, providing examples to graduates of how they can be champions for Christ in their chosen professions. Wallace is a great example, Falwell said, and will be able to share his impact on the film industry.

“Because it’s our 40th anniversary, I wanted this year’s Commencement to focus on our vision for Liberty's next 40 years. A big part of that vision is finding new ways to communicate our Christian message through new forms of media, including film,” Falwell said. "In this new generation, it is not enough to write books and deliver eloquent speeches. To reach a wide audience, the message must be brought to life. No book, speech or sermon could have communicated so effectively the evils of tyranny and the virtues of freedom like the film, Braveheart. We want our graduates to master 21st century communications.”

He said Wallace has already expressed an interest in helping Liberty grow in this area and staying connected long after Commencement.

“Wallace said in an e-mail last week that he has great hopes he can get to know our team and find ways to get involved in what we’re doing here at Liberty,” Falwell said.