Japanese students pray for their country 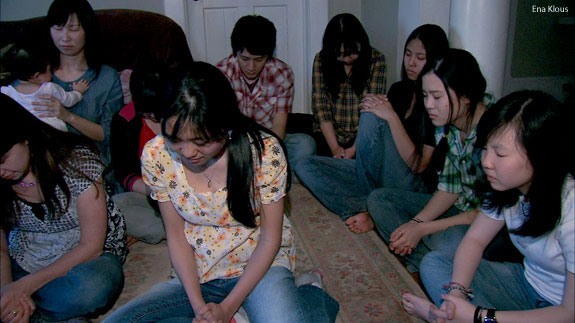 The images and video of the March 11 earthquake and tsunami in Japan have drawn people to their television sets and computers for many days. On the Liberty University campus, perhaps no one has spent more time watching the news and viewing the horrific sights than the school’s Japanese students, watching the devastation happen to the country they call home.

Ken Yamamori, a junior biology major from Tokyo, said he was watching live news from Japan when the tragedy struck.

“I was watching the news and it was 2 a.m. and it just popped up — earthquake. … I was watching the city just being swiped — I just couldn’t believe this, that it was Japan,” he said. “I saw the Sumatra tsunami and some other countries’ tsunamis, but they say Japan is tsunami country, but we’ve never experienced this big [of a] thing.”

Yamamori, whose father is a pastor, said he called his family immediately and was relieved to hear everyone was well.

Naoya Kurosaki, a sophomore Worship major, said his home region of Nara was not affected, but he worries for some friends who lived in the areas that suffered the most damage.

“I tried to contact them but they couldn’t use cell phones, of course they cannot use Internet, so we cannot contact with Facebook or Skype.” As of Thursday, he had not heard from them.

The disaster struck at the beginning of Liberty University’s spring break, but Yamamori said he still felt the need to join with other international students (who had not left the campus) to pray. A group, including Japanese students, met at the prayer chapel a few days later.

“We felt we should [pray] … I said that’s the only thing I can do — just pray together,” Yamamori said.

Klous works in Liberty’s Center for Advanced Media Productions. She said her family was not harmed because they live in inland Hokkaido, in northern Japan, but she felt compelled to do something for the country.

She said the group prayed for people affected by the earthquake, who lost loved ones and those who got injured, people affected by the tsunami and people in area of the nuclear power plant at risk of a meltdown. They also prayed for the Japanese Defense, rescue squad and brothers and sisters in Christ and non-believers, as well as people who are willing to donate all over the world.

“God heard our prayers,” she said. “It is a disaster but God has a plan and we just have to pray for those families.”

The group has also discussed taking up a special offering during a convocation once classes resume next week and partnering with local relief organizations to send aid and supplies.

According to the Office of International Student Services, there are six Japanese students on campus. None of them are from the regions affected the worst by the disaster.

Dr. William Wegert, Dean for International Student Programs, said his staff contacted the Japanese students immediately to see how their families were affected and to offer any help.

“Our students are no strangers to crises,” he said. “Whether it is an earthquake in Haiti, a tsunami in Indonesia, or a Maoist uprising in Nepal, it seems like world events often touch our students in profound and very personal ways. … When a disaster strikes, our staff immediately reaches out to communicate our care and concerns, to lift up our prayers for our students going through crisis, and to offer a place to go for love, comfort, and counsel. We consider students to be our ‘family’ while they are such a long away from their biological family members.” 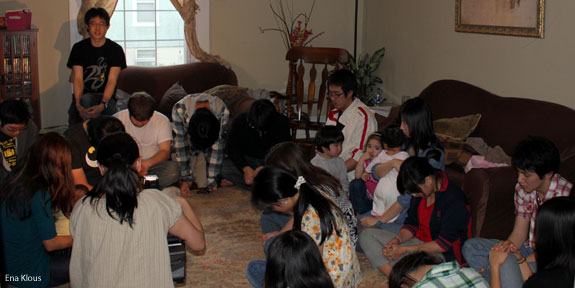