When junior Tram Nguyen first came to America from Ho Chi Minh City in southern Vietnam to start her education at Liberty University, she did not have a particular interest in psychology. It was only after one of her first classes at Liberty — PSYC 101 with Associate Professor Sundi Donovan — that she discovered a passion for the subject. 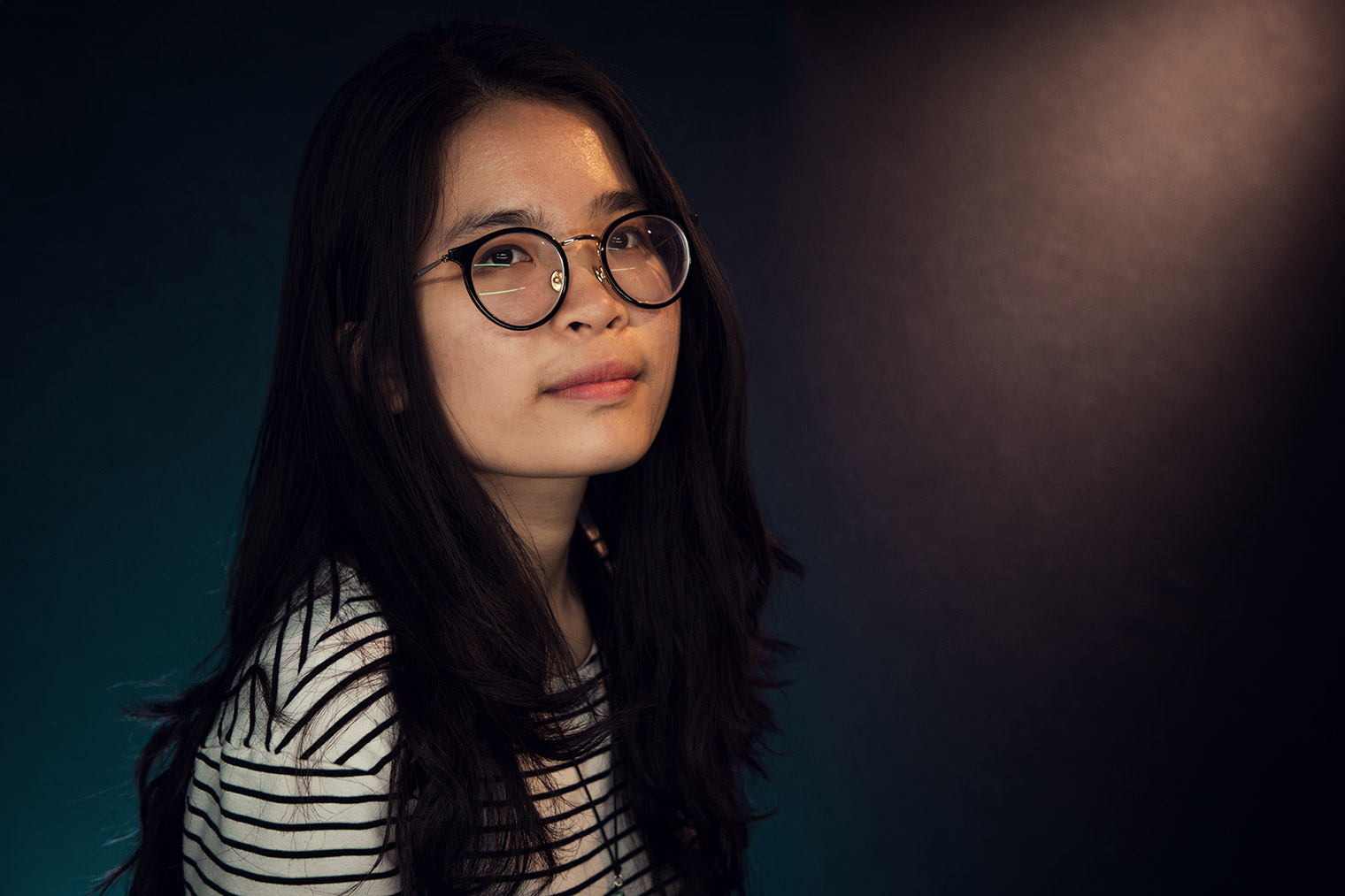 Now, three years later, Nguyen has used the education she received and resources she has access to at Liberty to contribute to the world’s growing knowledge on human trafficking through research she has conducted for her Honors Program thesis.

Nguyen’s research centers on the global perception of sex trafficking. The official title of her research presentation — which she showcased at both Research Week and BigSURS last week — is “Sex Trafficking and Victim Blaming: Vietnamese Public’s Perception of Trafficked Individuals.”

Following her presentations about the different views on sex trafficking between people in Vietnam and the United States at both research events, Nguyen walked away with a first-place BigSURS award and a second-place Research Week award.

Her interest in the topic of sex trafficking piqued after joining a research team headed by Department of Psychology Chair Dr. Kevin Conner. Nguyen said the team learned how to identify victims of trafficking, spurring her desire to learn how people in her native Vietnam perceived the problem of trafficking.

“I think God really put a burden on me to do something about sex trafficking, but I didn’t know how,” Nguyen said. “I had never conducted research like this before, but Dr. Conner really helped me get started.”

Late last year, Nguyen received a grant from Liberty’s Center for Research & Scholarship to go back home to Vietnam and gather data. Thanks to the grant, Nguyen spent the whole month of December in Vietnam.

“I am so grateful that Liberty really worked hard to get me the funding as soon as possible,” Nguyen said. “I was able to travel to both northern and southern Vietnam to get findings from different populations … it was such a great experience for me.”

Nguyen collected survey results from Vietnamese citizens on their perception of sex trafficking and compiled her findings to get a better picture of how they think about the problem.

When she compared the results of her Vietnamese surveys to the American surveys, she found that Vietnamese people in general are also more likely to place blame on the victim of trafficking. She said that she believes this is because of a lack of understanding on the issue in Vietnam, and Nguyen hopes her research can help bring about awareness in her home country.

In the future, Nguyen plans to expand her research to include different U.S. population groups and then work with Conner to formally publish the results of her study.

“There’s a big gap between Vietnam and America in their efforts to end trafficking,” Nguyen said. “Hopefully through this study, the two countries can acknowledge their abilities to end human trafficking and work together to create change.”