Brandon Fleming, a Liberty alumnus highlighted in the Fall 2018 issue of the Liberty Journal (and below) for his work with the Harvard Diversity Project, was recently ranked as one of Forbes “30 under 30” for 2020.

From a high-risk youth to a college dropout to one of the nation’s most influential educators, the story of Liberty University alumnus Brandon Fleming (’13) is nothing short of inspirational. 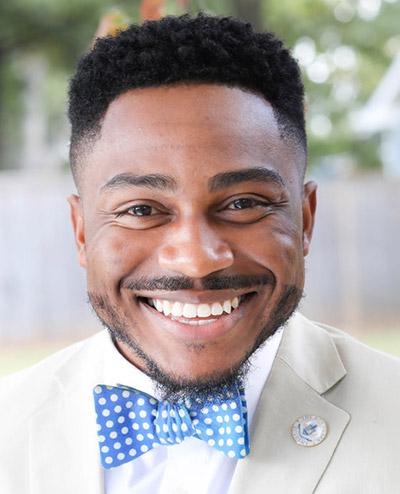 Recently, Fleming, an assistant debate coach at Harvard University and master educator at the Ron Clark Academy in Atlanta, has leveraged his own success to create countless more stories like his through the Harvard Debate Council Diversity Project, which he founded last year. The project gives African-American high school youths in the Metro-Atlanta area the opportunity to attend a summer residential program at Harvard, with scholarships for travel, tuition, and room and board expenses. The students can then receive pre-college training in Atlanta from January to June in preparation to attend Harvard in July.

“While teaching a summer program (with the Harvard Debate Council Summer Workshops) for young people at Harvard, I noticed that there was a lack of diversity, specifically a lack of African-American representation,” Fleming said. “I was once an at-risk teen and had a long journey to where I am now, so I felt compelled to do something about it.”

Fleming said many African-American students lack access to early college programs throughout the world. “Many are underrepresented because many are underserved,” he said. 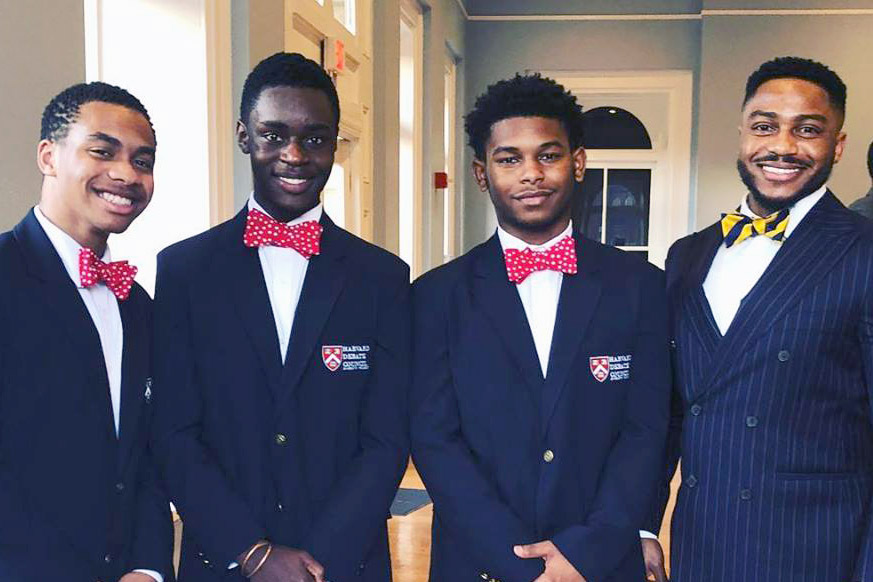 Fleming’s efforts have been recognized by the Georgia Center for Nonprofits, which named him among the state’s top 30 Under 30 emerging leaders. He was inducted into Outstanding Atlanta's 2017 class of distinguished young professional leaders and the Class of 2018 LEAD Atlanta, a premiere organization recognizing Atlanta's emerging young talent.

Fleming’s path to discovering his passion for education has been a journey of overcoming failures and obstacles. Fleming spent most of his adolescent years in the Washington, D.C., metropolitan area. As a child, he exhibited poor academic achievement and a pattern of delinquency throughout elementary, middle, and high school. Success on the basketball court helped him to turn this around, and he earned the chance to play basketball at Liberty in 2008.

However, a knee injury in his freshman year abruptly ended his athletic career, and Fleming dropped out of college. Over the next two years, he endured 72-hour workweeks and struggled to find hope. At one point, he even attempted to take his own life. Through this trying season, he developed a passion for academia and, by the grace of God, he said, made his way back to Liberty to finish his Bachelor of Arts in English.

Fleming was impacted by the relationships he built with his professors at Liberty. He said he was inspired and pushed to make positive changes in his life.

“My professors made me feel as though I could be a scholar,” Fleming said. “I never saw myself as that, but they truly believed in me.”

While studying at Liberty, Fleming founded the S.Y. Scholars Program Inc., which began as an educational program for at-risk African-American high school youths in Lynchburg. (The program was named for Bishop S.Y. Younger, founder of the J. Alfred Cage Bible Institute and senior pastor of The Ramp Church in Lynchburg.) Within weeks of joining the program, the students went from a 1.2 to a 3.0 average cumulative GPA. 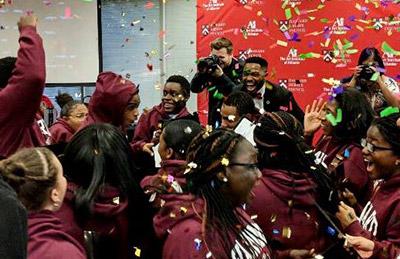 The program grew into a competitive nonprofit college preparatory and leadership development program for K-12 students of all races. S.Y. Scholars participated in field trips, community service, workshops, and mentorship. Scholarships were provided to students who fulfilled the program’s academic expectations.

The scholars program drew the attention of famous educator Ron Clark, who worked with disadvantaged students in North Carolina and New York City. After Fleming graduated from Liberty, Clark recruited him to teach speech and debate at his academy for middle schoolers in Atlanta.

As his debaters achieved success match after match, Fleming drew the attention of a former Harvard educator, who recommended him to teach a summer residential program for youth with the Harvard Debate Council. His first run was so successful that he was offered a permanent position as assistant debate coach for Harvard. From there, he built a rapport that allowed him to found the diversity program last summer.

Fleming plans to continue to build the diversity project and looks forward to seeing students thrive in an environment where they can be encouraged to achieve more, just like he was during his time at Liberty.

Learn more about the project at HarvardDCDP.org.