Progress continues on Williams Stadium, home of Flames Football, as an upper deck of seating on the east side is being installed this week.

“The project has hit a major milestone,” said Dan Deter, vice president of major construction for Liberty. “We have completed all of the concrete beams and columns that support the new seating, and we began putting in the seating ‘planks’ this week. This activity alone will help to reshape the look of the stadium and give everyone a very good idea of its magnitude now.” (View a recent GameOn interview with Deter.)

He said the 6,000-seat project is tracking on time to be completed for the first home game on Sept. 1, when seating capacity will be at 25,000. The expansion will usher in a new era of Flames Football as Liberty competes as an FBS independent program for the first time. (Liberty will be a full-fledged FBS program in 2019, when it is eligible to compete for a bowl game appearance.) 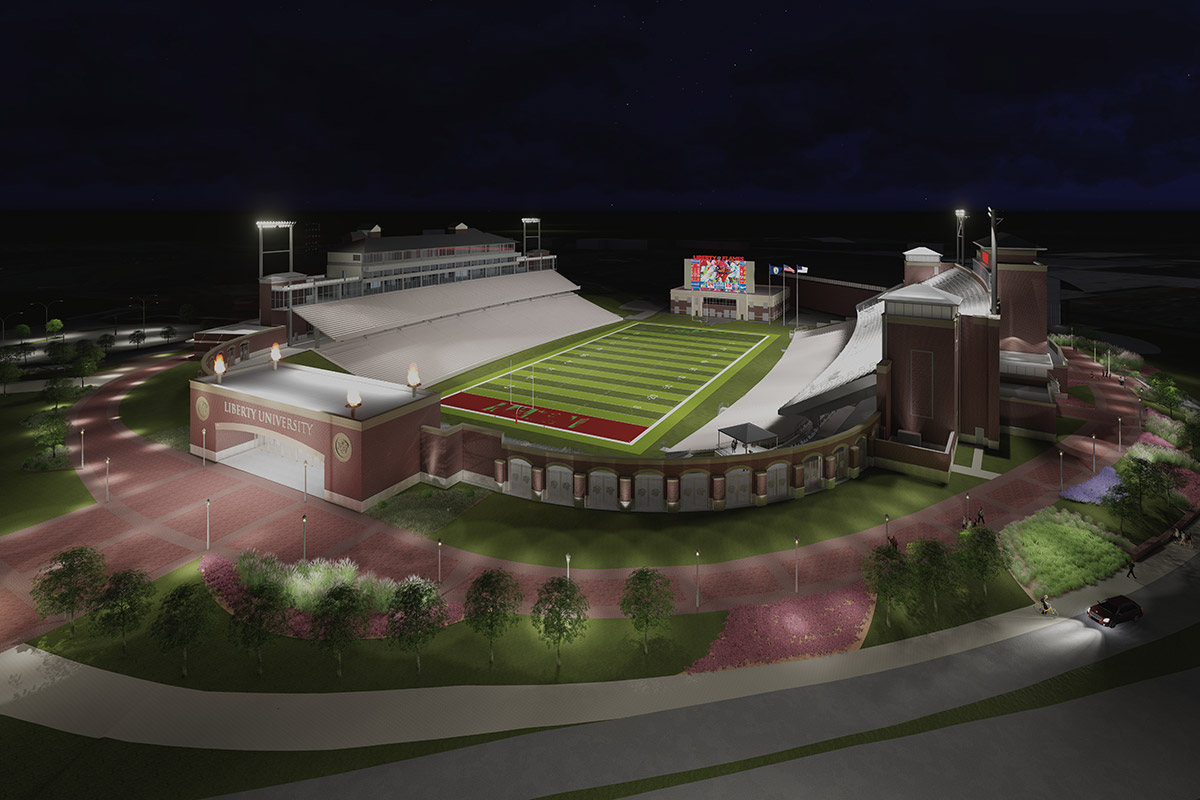 A total of 242 individual precast concrete planks — extending three rows and weighing approximately 35,000 pounds each — are being craned in this week. Crews have also been busy filling in the south end zone to prepare for new lawn seating options and a stretch of walkway that will connect the concourse levels on both sides.

“We are really excited because now we are going horizontal with our stadium expansion,” said Brad Butler, planning coordinator. “Our vision is to have one of the nicest stadiums in the country. There are a lot of different stadiums that we are modeling after, such as Baylor and Texas A&M. These are all beautiful, state-of-the-art stadiums that are inspiring us to those kind of levels.”

A new high-tech video board will also be installed in time for kickoff of the 2018 season. At about 3,000 square feet, the board will dwarf the current, 700-square-foot one.

Between the 2018 and 2019 seasons, work will focus on the west side of the stadium, where new loge seating areas will be constructed. That phase is set to be completed before kickoff of the 2019 season.