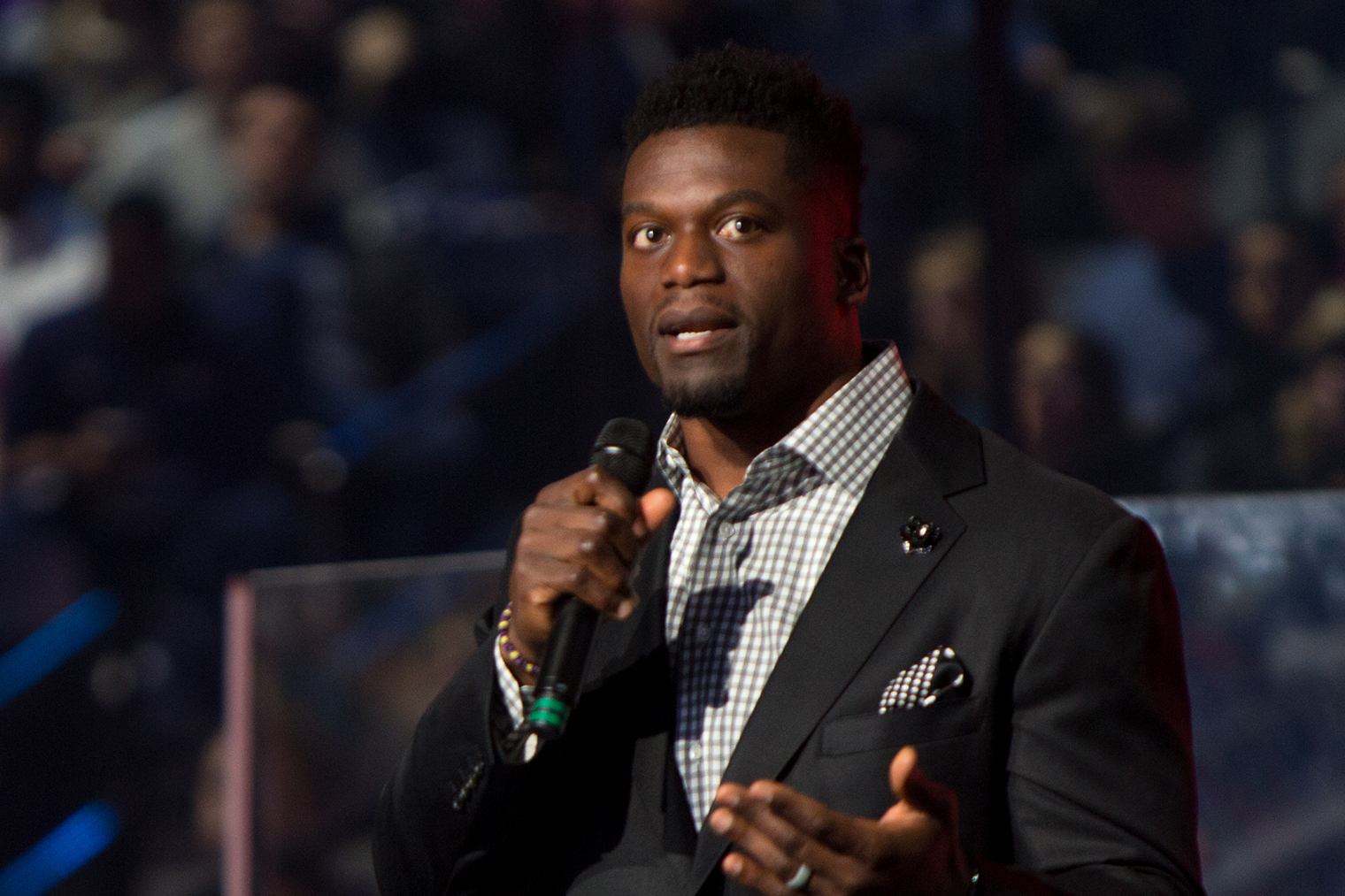 Friday’s Convocation brought social injustice and racial inequality to the forefront of the conversation at Liberty University, as NFL athlete and racial justice advocate Benjamin Watson motivated the crowd, including approximately 2,300 College For A Weekend guests, to create racial unity through a biblical perspective.

“We are thrilled to have Benjamin Watson back in the house with us this morning,” Liberty President Jerry Falwell said while introducing Watson, a tight end for the Baltimore Ravens who spoke at Liberty before in 2015. “He has become a national voice for diversity and unity.”

Watson recently authored “Under Our Skin” to address the racial divide in America.

While on stage, Watson encouraged students to think back to previous events and protests that were spurred by racial inequality — he specifically mentioned the Black Lives Matter protests in Ferguson, Missouri, and the fight over Confederate statues in Charlottesville, Virginia — and to examine their initial feelings about race relations in the United States.

Watson acknowledged how difficult it can be to create meaningful discussions about racism and prejudice with others in the wake of such events and recent news headlines of police brutality and racially-driven violence. He said even though he believes Christians understand the importance of racial justice and unity, they are often shy to bring up the topic.

“I’m not going to ask for a show of hands, but I imagine that if I asked, that you all would agree that this racism thing is a pretty big issue,” Watson said. “But we still don’t really like to talk about it.”

Watson advocated that Liberty students help drive the conversation about what can be done to heal the country’s racial divide. Getting outside one’s comfort zone and intentionally engaging others in uncomfortable conversations, he said, is the first step in creating progress towards racial unity.

He also consistently integrated biblical principles throughout his call to action against racial inequality — emphasizing that true racial and social equality comes from the unity we receive in Jesus Christ. Watson specifically mentioned the passage of John 17:22-23, where Jesus tells the Father that “I have given them the glory that you gave me, that they may be one as we are one — I in them and you in me — so that they may be brought to complete unity.”

“Laws, education, and exposure are all important to this, but truly, we need our hearts to be changed,” Watson said. “And that comes from the power of God.” 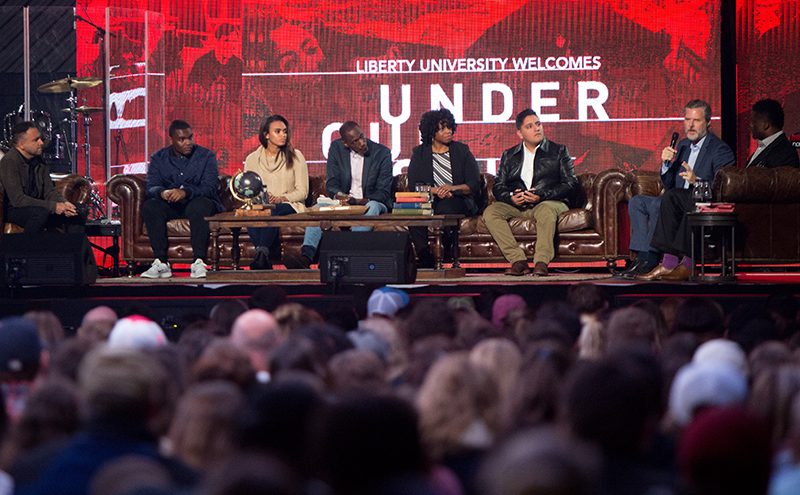 Following his call to action for students, Watson was joined on stage by Falwell and Senior Vice President for Spiritual Development David Nasser, as well as Melany Pearl and Jose Hernandez from Liberty’s Center for Multicultural Enrichment (Center4Me), Liberty students Lydia Elrod and Jaylin Jones, and James Hobson from Liberty’s Rawlings School of Divinity.

Nasser led the group in a roundtable discussion about the realities of racial injustice in America and how Christians can lead the fight against racism, along with other social injustices in our community, through their faith in Christ.

Jones and Hobson followed with examples of how, as African-Americans, they had been viewed and treated differently in society because of the color of their skin. While noting that most people have good motives in matters pertaining to race relations, they said it is important that people become intentional about disregarding racial stereotypes and generalizations.

Near the end of the conversation, Nasser emphasized that Liberty heavily prioritizes diversity in both the programs it offers and the staff it hires. Hernandez, who works as the director of campus relations for Liberty’s Center4ME, then encouraged students to come to D.I.R.T. Talks (Diversity, Integration, Reconciliation, and Transition) that the Center4ME hosts throughout the semester to engage students in difficult conversations and dialogue.

Visit Liberty’s Center 4ME programs and services page to find more information about DIRT Talks and the ways in which Liberty’s Center4ME strives to prioritize campus diversity and continue productive dialogue.