Wednesday’s Convocation at Liberty University showcased a high-energy display of strength and athleticism as stars from the hit national TV show “American Ninja Warrior” (ANW) talked about their experiences on stage and showed off their skills with an obstacle course set up on the Vines Center floor.

The lineup from ANW featured contestants Grant McCartney and Meagan Martin and announcer Akbar Gbajabiamila. Prior to the obstacle course race, the three stars joined Liberty Senior Vice President for Spiritual Development David Nasser for a Q & A session to talk about their athletic careers and how ANW has shaped their lifestyles.

McCartney, who has been an ANW competitor for three years, said being on the show had always been a dream of his. He spoke about how his appearance on ANW allowed him to pursue other interests and start ninja warrior clinics across the country for children so they can practice the same types of skills commonly displayed on the show.

“I realize I have a platform; people are looking at me,” McCartney said. He referenced Psalm 37:4 in his testimony and shared how God has allowed him to do the things he loves. “And if I’m not sharing my testimony, then what I like to be doing is encouraging in schools or physically encouraging people because the kids want to try and go out and do it, and I’m not going to tell them it’s harder than they think. I’m just going to let them go for it.” 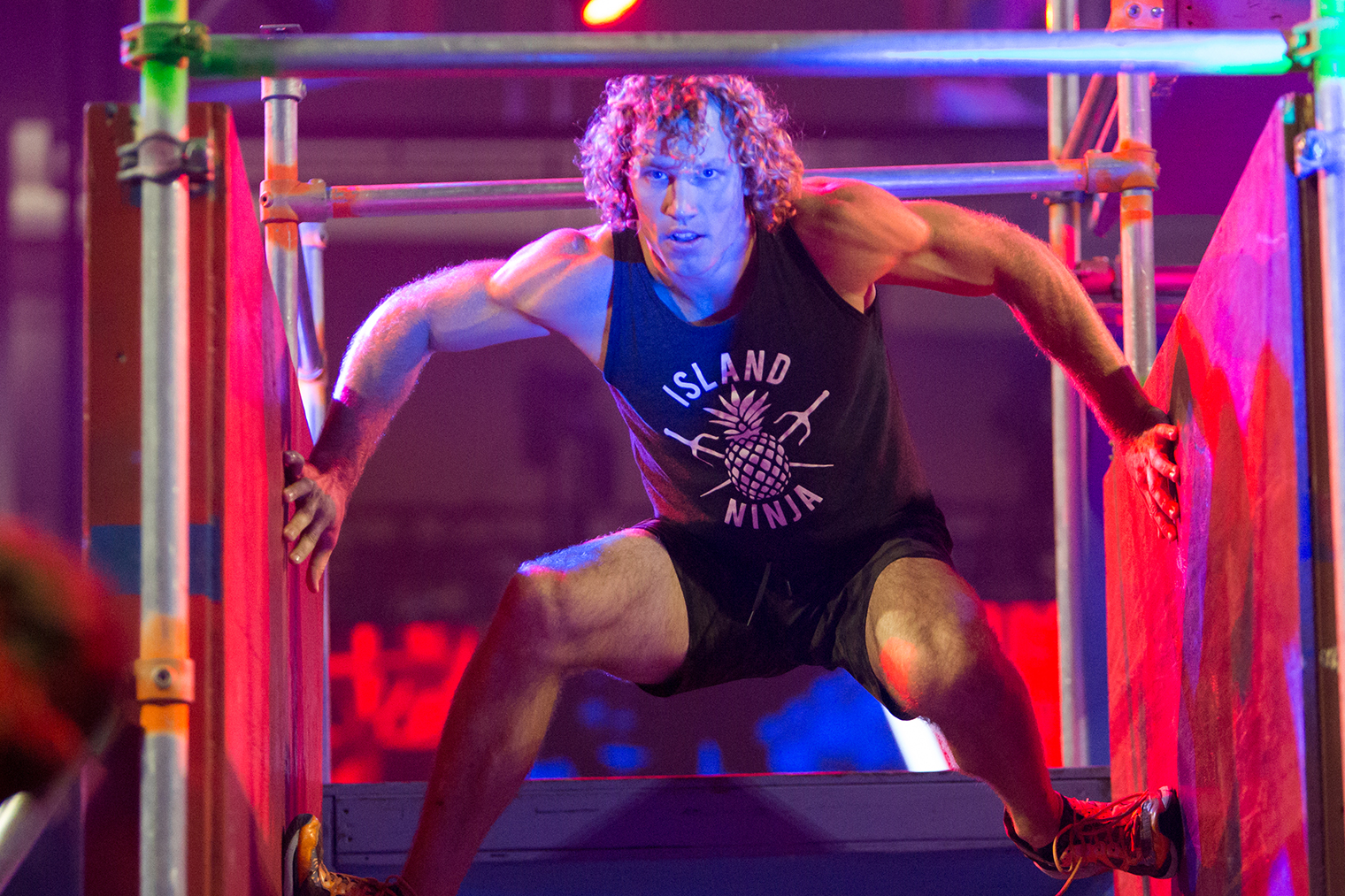 Former NFL player and ANW announcer Gbajabiamila shared his experience transitioning from football commentary to becoming an announcer for ANW and how his career on the show has been able to make him a better person and grow closer to God.

“At first, I didn’t think I was going to be accepted because my style was a little different,” Gbajabiamila said. “I came in arrogant though, and I had to humble myself (because) the Lord asks us to humble ourselves.”

Gbajabiamila also said he was impressed with Liberty Football’s historic win over Baylor University that took place Saturday, Sept. 2. The entire team made a short appearance at the start of Convocation, where quarterback Stephen Calvert, wide receiver Antonio Gandy-Golden, Athletic Director Ian McCaw, and Head Coach Turner Gill thanked the student body for their support and encouraged students to come out to Liberty Football’s home opener with Morehead State this Saturday. Kickoff is at 6 p.m. 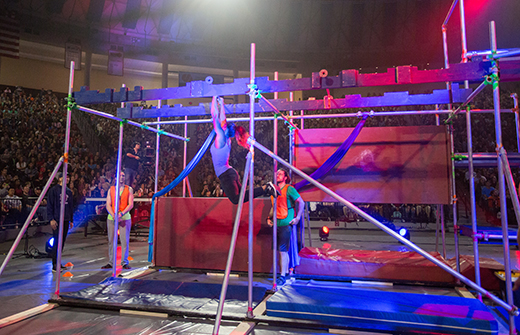 “I want to say that we heard all of you down in Texas from Lynchburg,” Gill said. “I appreciate all of your enthusiasm. I appreciate your energy today, and I know I’m going to hear it on Saturday night.”

During the ANW Q & A, Martin took time to share some principles she learned through her experience as a competitive rock climber and said applying those lessons to her everyday routine has had a positive impact on her life.

“I think one of the biggest things that climbing has taught me is how to deal with failure and to learn from my failures because most of the time I’m failing,” Martin said. “I’m falling all day, every day, until I finally have that moment of success, and it feels great to finally be successful, but that only lasts for a few minutes, and then next thing you know you’re onto the next one.” 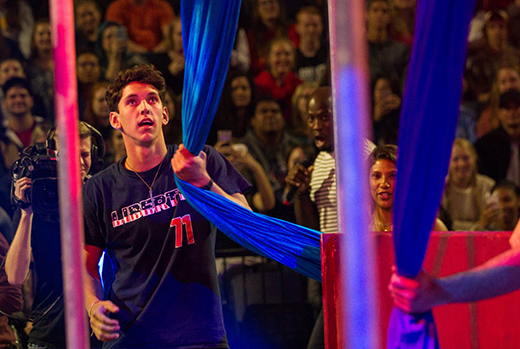 Martin was later able to display her climbing prowess for the crowd on an obstacle course that was created to simulate the same skills those on ANW must demonstrate. She was joined on the course by McCartney, five Liberty students, an LU staff member, and Liberty Theology Professor Chad Thornhill, who has tried out to be a contestant on ANW multiple times.

Contestants were forced to jump across balance beams, swing from ropes of silk, crawl through a narrow alley suspended in the air, and scale 6- and 10-foot walls. The same obstacle course is being reassembled at the LaHaye Event Space on Thursday and will be open for students from 8 a.m. to 4 p.m.