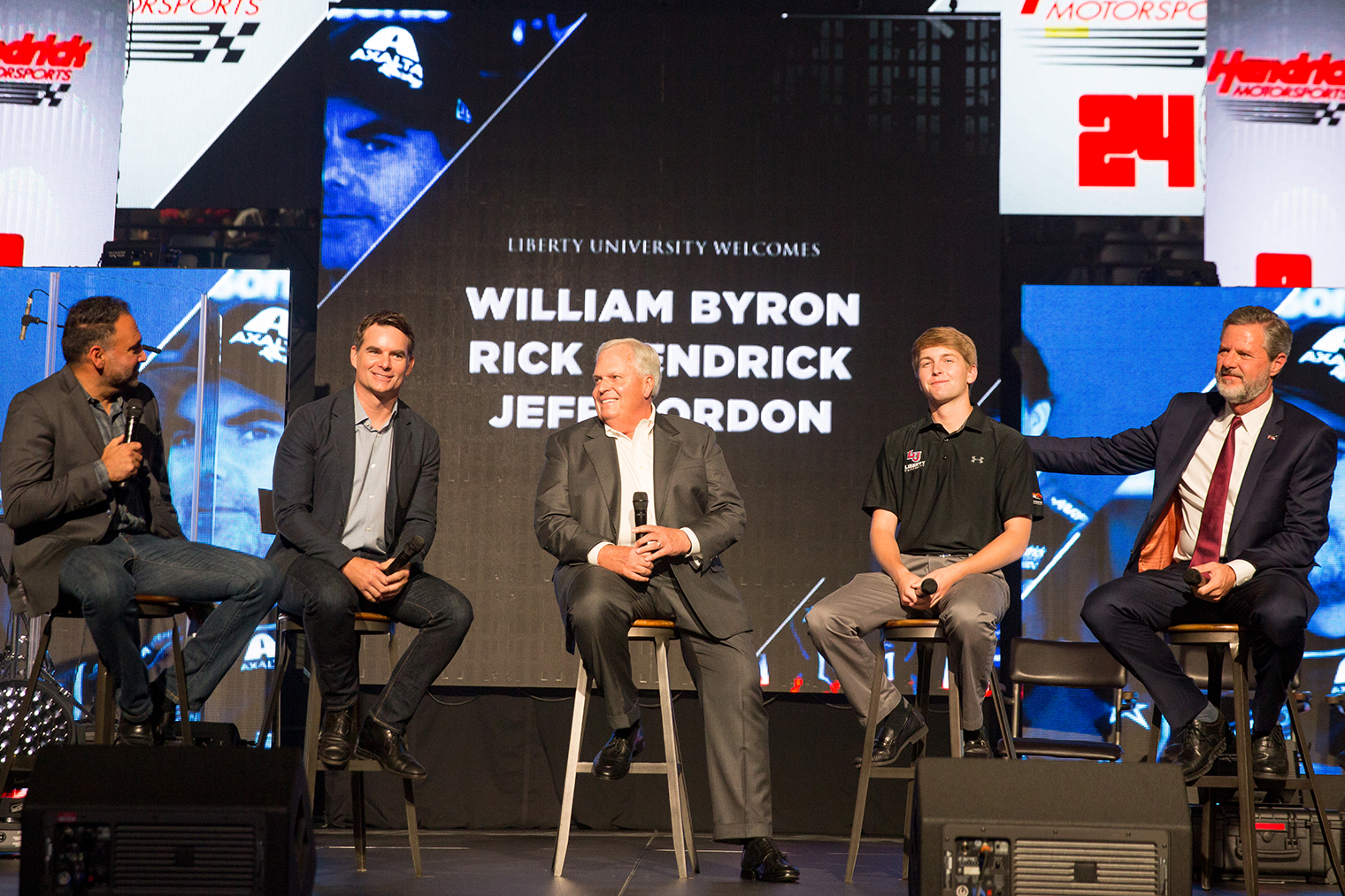 Hendrick Motorsports announced Tuesday night that Byron will take the wheel of Gordon’s No. 24 Chevrolet Camaro, and announced a two-year agreement for Liberty University to remain Byron’s primary sponsor when the 19-year-old moves up to the Monster Energy Cup Series next season.  Byron makes his debut at the season-opening Daytona 500 on Feb. 18 at Daytona International Speedway.

“It feels incredible,” said Byron, who has won three races and currently ranks second in the Xfinity Series points standings behind JR Motorsports teammate Elliott Sadler. “It obviously means a lot to Mr. Hendrick and Jeff (who raced) that car with the Rainbow Warriors paint scheme. Jeff was about my age when he started racing (in the Cup Series) … so it’s a cool thing to follow in his footsteps, and I’m very thankful for the opportunity and very blessed.”

“William was only 16 years old when Liberty started sponsoring him and next year, he’ll be moving up to the Monster Energy Cup Series, the top series of NASCAR,” Falwell said. “It’s just an unbelievable achievement for someone his age, almost unprecedented.” 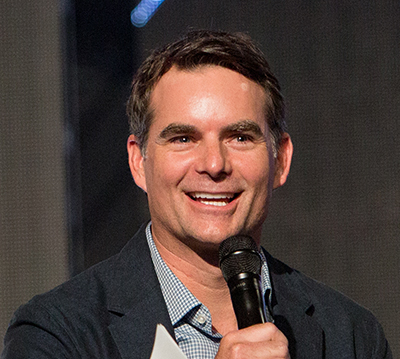 Gordon, who enjoyed a 23-year career as a NASCAR Cup Series driver before retiring last year, was a four-time champion, and his 93 Cup Series victories rank him third all-time and first in NASCAR’s modern era (1972-present). He is the youngest driver to win the Daytona 500, a similar feat as Byron, who on July 22 became the youngest driver to win at Indianapolis Motor Speedway, in his first race at the Brickyard.

“(Byron) is on this upward rise, experiencing tremendous success,” said Gordon, currently an announcer for Fox NASCAR. “He’s got a lot of talent. I would say, personally, ‘Enjoy this ride, enjoy every moment.’”

Byron, a business communications major who spent the Fall 2016 semester on campus as a residential student while sparking Kyle Busch Motorsports to a Camping World Truck Series team championship, said he has experienced tremendous spiritual growth as a Liberty student. 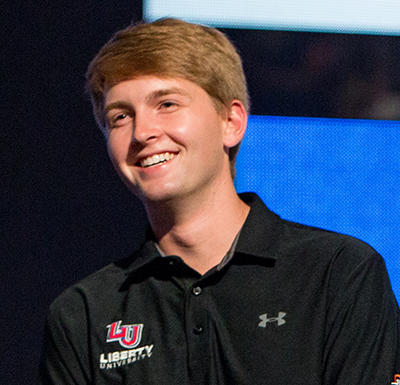 “There’s a lot of distractions that come with racing, and I feel that Liberty really came along right at the perfect time,” Byron said. “That was the turning point for me and my faith, to partner with (Liberty) and understand what this place is all about. The charisma and enthusiasm that is here, it’s different than any other college. You feel comfortable here and I made a lot of friends when I was on campus. That grew my faith a lot. This place has allowed me to grow and to become closer to Christ.”

Gordon spoke about his own rise to success, saying it was his parents who instructed him on life matters and Hendrick who invested in him and taught him valuable business principles.

“You get out of it what you put into it,” he said. “There’s a lot of good racecar drivers out there. There’s not a lot of great racecar drivers. What separates them from anybody else is that they want it more than anybody. They have a passion and a desire and they’re willing to work as hard or harder than anybody else out there to be the absolute best that they can be.”

Byron’s parents, Dana and Bill Byron, were also in the Convocation crowd. Falwell recognized them and thanked Bill, managing partner of Byron Financial L.L.C., for putting together a life insurance package for Liberty founder Dr. Jerry Falwell Sr. that eventually paid Liberty $85 million upon his death in May 2007, helping the university become debt-free.

“Bill played a big role in that and that was sort of the kickstart we needed to do what we’ve done over the last 10 years, to build Liberty … and guarantee that we will continue to carry on the mission of Training Champions for Christ not just for decades, but for generations,” Falwell said. 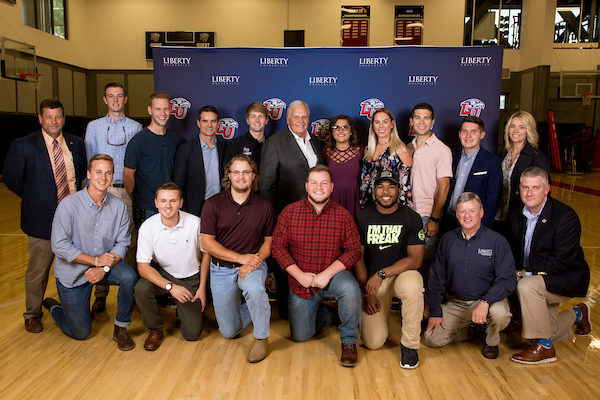 Hendrick, who grew up on a farm only two hours’ drive from Lynchburg, was inducted into the NASCAR Hall of Fame this year as one of the most successful owners in the history of the sport, with 12 Cup Series championships. He became the youngest Chevrolet dealer at the age of 26 and now has more than 11,000 employees at 102 dealerships in his Hendrick Automotive Group. Hendrick partnered with Liberty to begin the Automotive Dealership Management program in Liberty’s School of Business.

“We are so fortunate to be associated with this school,” Hendrick said. “It’s an amazing opportunity, and we’re so excited about it. The world needs students like you, who have a tremendous foundation and great work ethic, who want to learn, want to be leaders, want to run a company. I can tell you that the students who have come out of this school and have worked for our company are the very best that we’ve had anywhere. It’s an amazing school, and the world is yours. We need you, our country needs you. You are the guiding light. We need good people, and you’re it.”

The Convocation guests also helped Liberty celebrate the launch of its “We the Champions” project on Wednesday, a new initiative that aims to share what it means to be a Champion for Christ through the stories of students, faculty, and staff, inspiring others to live out their faith. Follow Liberty.edu/news for more stories about this campuswide project. 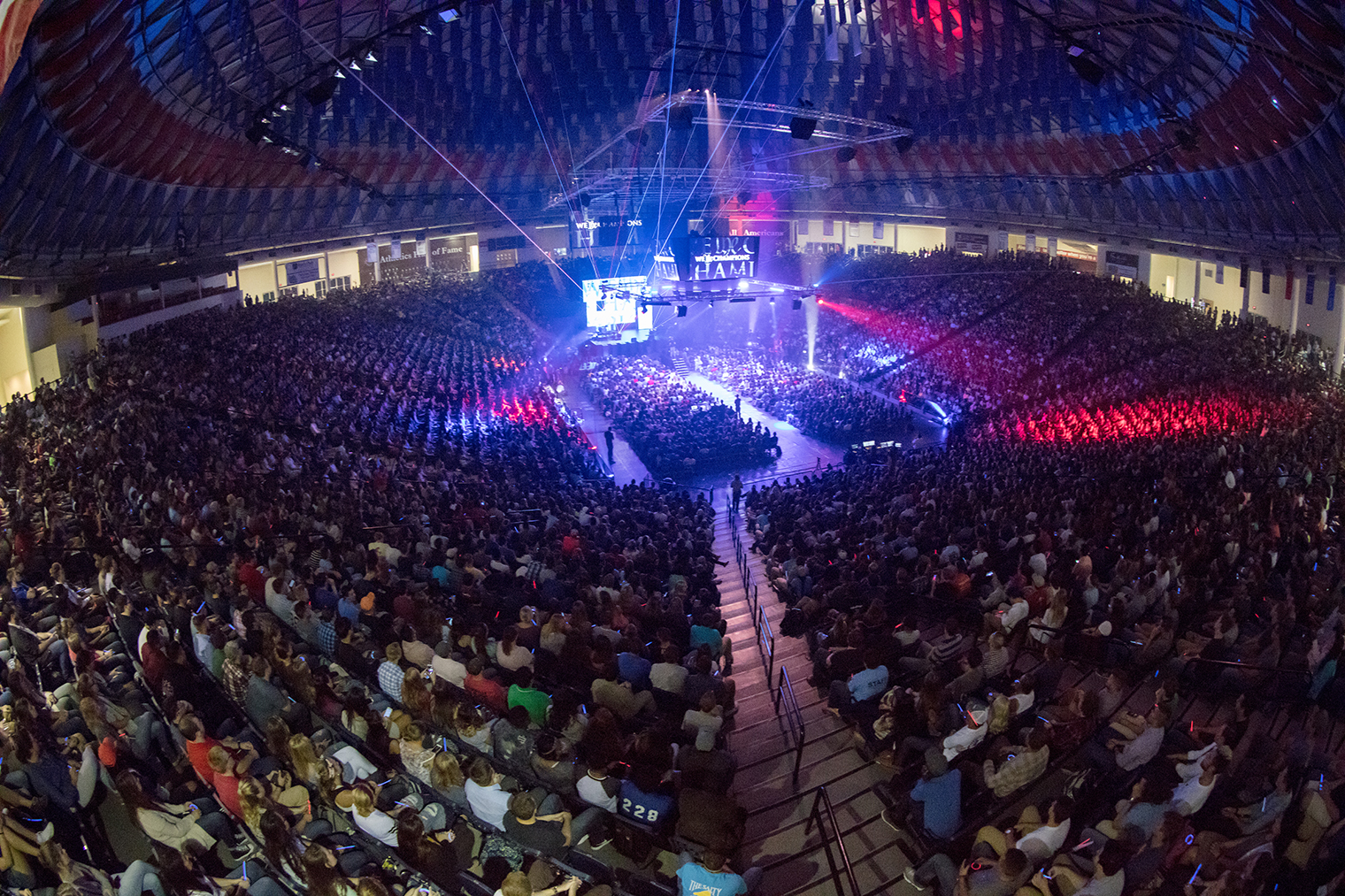