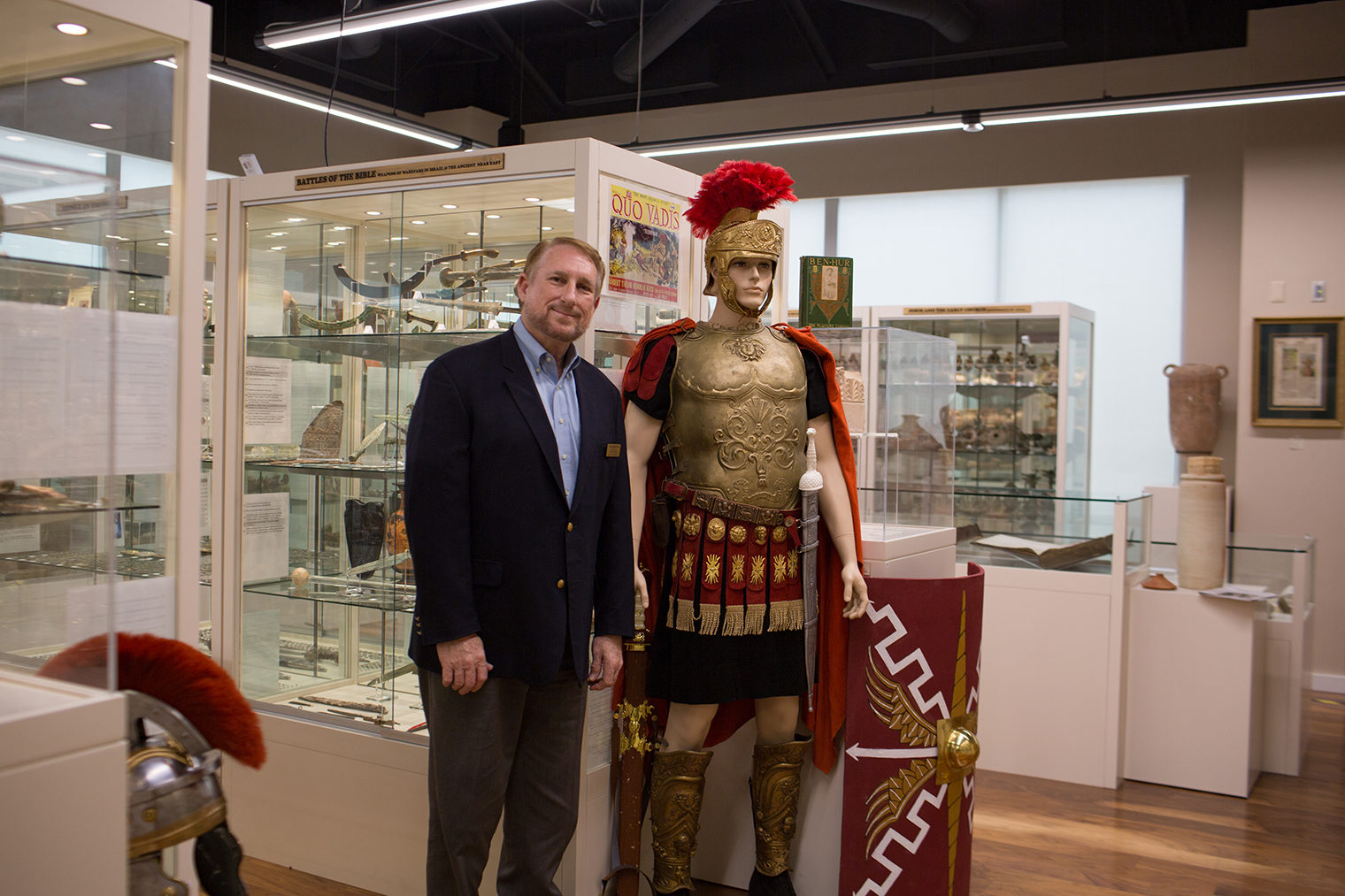 Among the ancient pottery and manuscripts from the Holy Land on display at Liberty University’s Biblical Museum now stands a unique exhibit straight from Hollywood.

The museum recently added a Roman soldier’s armor costume that was used in several 1950s films, including, “Ben Hur: A Tale of the Christ,” which won the Academy Award for Best Picture in 1960. Crafted over 60 years ago by MGM Studios, the costume was also used in other best-known biblically themed epic films, such as “Quo Vadis” and “Julius Caesar.”

Distinguished Research Professor Dr. Randall Price, curator of the museum, attained the set from Terry Nix of Nix Imperial. Nix is an expert in the field of ancient armor and creates armor for Hollywood studios. Nix acquired this set from a 1970 studio auction that MGM held.

“We actually bought it piece by piece because some of it was in his personal collection,” Price said. “As he came to understand what we were doing with it here at Liberty, he felt it was a good place for it. He was willing to release and sell some of the pieces so we got a complete outfit.”

Price said the armor, though not authentic, can help to illustrate a part of history. He said the museum currently has many artifacts from the Roman period but has never been able to display how armor from that time truly appeared.​ 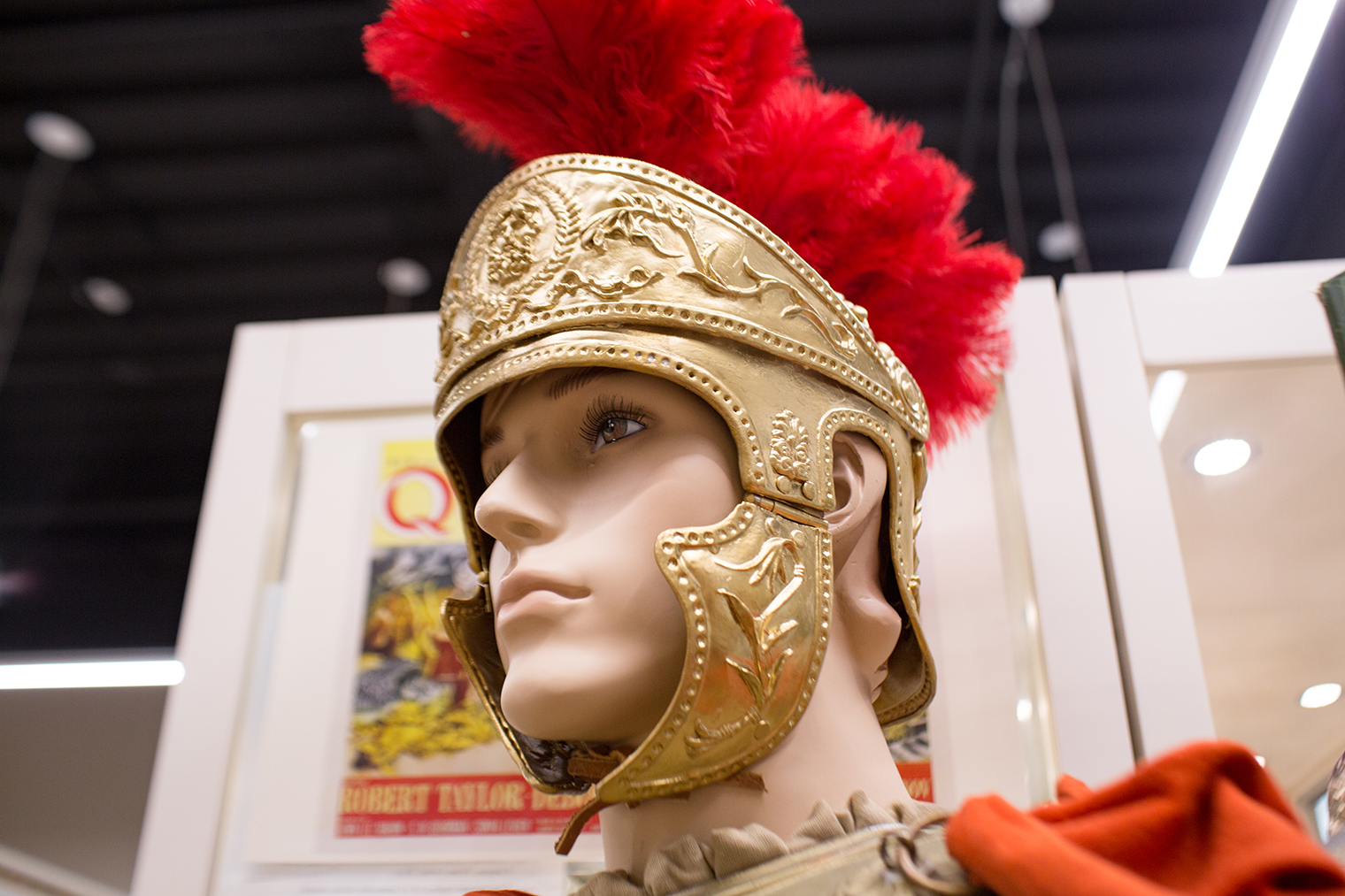 The armor is on permanent display on a 6-foot-tall mannequin that showcases the true appearance of each piece when worn. The goal of this exhibit aligns with the current goals of the museum, that visitors would strengthen their faith after each visit.

“I want students to have a realistic view of the Bible and grasp that it is real history,” Price said. “I want them to take away from this that these things really happened and are true. Faith is not just something we imagine or take the way we want it, but it has to be done on God’s truth. His truth is part of history and here at the museum, history is revealed.”

The significance of the use of the armor in films should bring a bigger audience, according to Price.

“We are trying to make the museum appealing to students from every field of study,” Price said. “We have a film school that could learn some of the film history behind these pieces.” 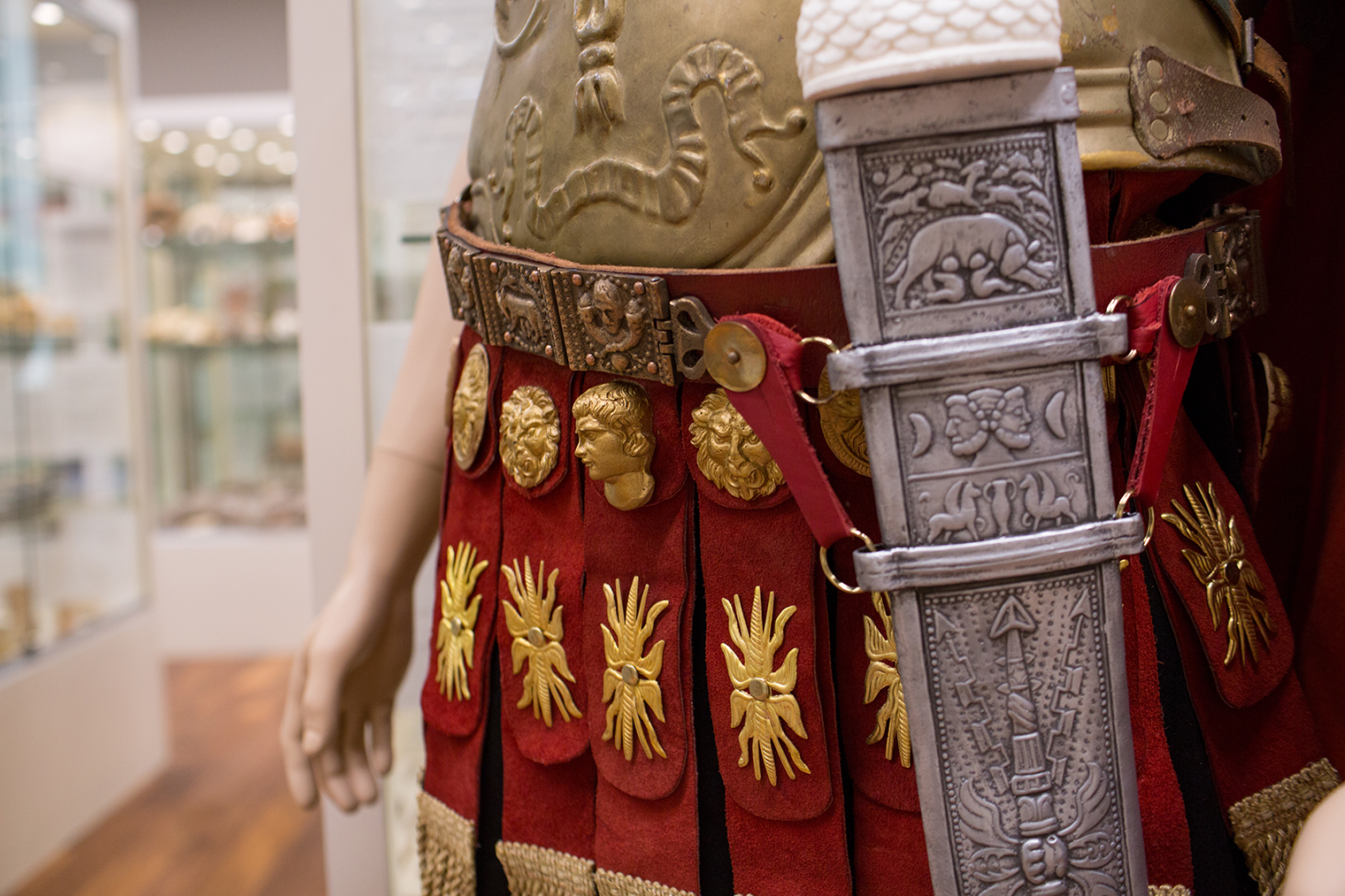 Price said that the Roman time period and army played an important role in the history of the Bible. The Romans created a road system that was used to spread the Gospel throughout the whole world.

Roman armor is used in Scripture in the book of Ephesians where every piece is described and then compared to many aspects of the Christian faith. This lesson is something Price plans to display for visitors to help them see the significance of Roman armor in biblical history.

“By learning about this, a believer can understand that the Romans were protected from warfare in their day,” Price said. “Today, we are in spiritual warfare, and God has his own spiritual armor for us.”