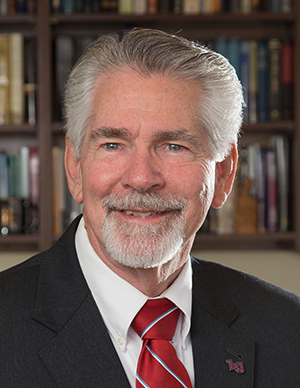 Gutierrez will primarily focus on the oversight and improvement of Liberty’s online program. Liberty is the nation’s largest private, nonprofit online educator and has been a pioneer in distance education since 1985. Working closely with the Provost’s Office, Gutierrez will help ensure that Liberty continues to comply with accreditation standards requiring that online and residential academic programs be comparable in scope and quality.

Hawkins came to Liberty in 1978 and taught Bible and homiletics. He served as chairman of the Department of Church Ministries and started the Master of Counseling program. He also served as dean of Liberty Baptist Theological Seminary (now the Rawlings School of Divinity). He left Liberty to become president of Western Seminary and later was an associate pastor at Grand Rapids Church in Michigan. He returned to Liberty in 2000 to be Dean of the College of Arts and Sciences and in 2006 joined the Provost’s Office, working especially on the development of Liberty’s online program. He served as interim provost before being named provost in January 2015. He is the founding dean of Liberty’s School of Behavioral Sciences, which was formed in Fall 2014. Hawkins has over 20 years of experience in mental health counseling, counselor training, and consulting.