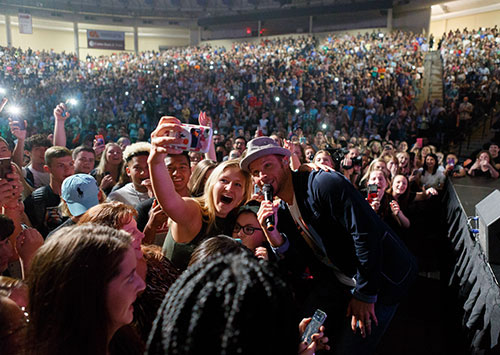 High-pitched cheers pierced the air in Liberty University’s Vines Center throughout Convocation on Wednesday as Backstreet Boys member Brian Littrell and his family talked about how their faith influences their lives.

But the highlight of the event — and the point at which the decibels reached their peak — was at the conclusion, as Littrell joined the Liberty Worship Collective in singing a medley of his boy band’s greatest hits, including “Everybody,” “Larger Than Life,” “As Long As You Love Me” (joined by his son, Baylee), and “I Want It That Way,” the top single off of the ninth-best selling album in history. Students crowded the front of the stage to sing along, many screaming at the top of their lungs, and were rewarded as Littrell hopped down to join them, shaking hands, signing autographs, and giving hugs all while singing.

At one time, the Backstreet Boys were the most popular pop group in the world. They are the first group to sell 1 million CDs in a week and have sold over 140 million albums to date, reaching multi-platinum status.

On his own, Littrell released a contemporary Christian album, “Welcome Home,” in 2006. 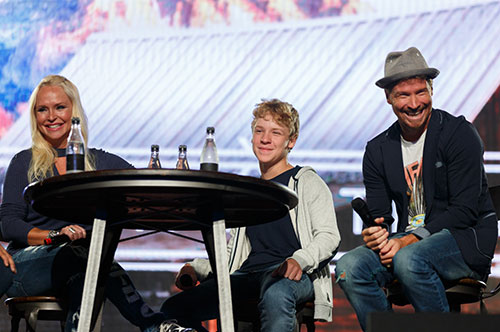 Littrell, along with his wife, Leighanne, and teenage son, Baylee, answered questions on stage in an interview with David Nasser, Liberty’s senior vice president for Spiritual Development.

The singer/songwriter talked about how he remains strong in his faith throughout worldwide fame.

“It is what you make of it,” Littrell said.  “A lot of people in the world, they make a big glitz and glamor about it. Me, I’ve always known who I was as a person going into the business and that is the person that I am going to be coming out of the business, if I ever stop.

“You can easily put yourself in the wrong position. My wife always tells me, ‘You are your environment.’ If you put yourself in those scary situations, things can happen. And for me, my faith was the foundation; it was a template, it was something that was always on my mind no matter what I did.” 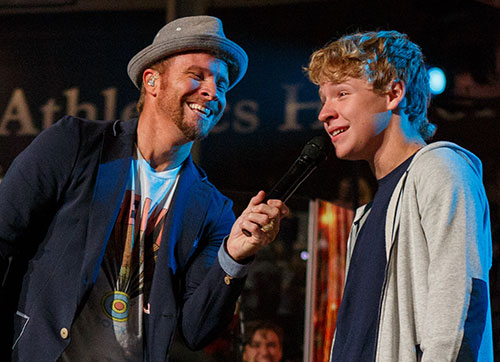 He said he strives to be an example to those around him, no matter where he is.

Littrell said that at one point when he was on the road, he found himself longing to be closer to his family and to be spiritually renewed. That is when he began writing “Welcome Home.”

“A lot of people thought that (by taking a career turn with ‘Welcome Home’) I was going backwards in life,” he said, noting that he grew up singing Gospel music. “I thought that was very condescending, I thought it was very disrespectful. People don’t know me, they don’t know my heart, and if they thought I was going backwards, they’ve got me wrong. I was going full steam ahead. It was just God’s timing, and I happened to do something different first and then I went back to my roots.” 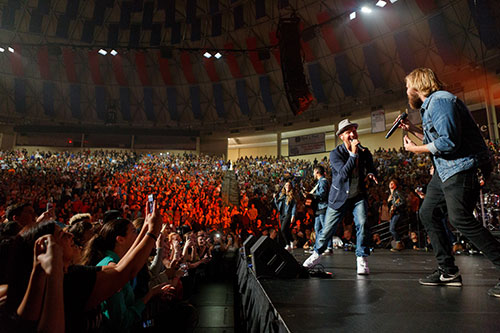 Brian Littrell shared how Leighanne influenced him to take a break from touring in his early 20s in order to have heart surgery, which became necessary due to the stress of his job and having been born with a hole in his heart.

Leighanne Littrell added that when their son was diagnosed as an infant, their family was advised to not discuss the struggle.

“I am like, ‘If we don’t say anything, how will people know how to deal with it?’” she said. “We spread the word worldwide. It actually helped so many people.”

Baylee Littrell, who recently appeared on Broadway in the musical “Disaster!” explained how those health issues give you a new perspective.

“When I wake up, I am just thankful to be alive, to get up and live another day,” he said. “I am just thankful to be here on this earth. I know when you have challenges, and you are struggling, sometimes you just have got to say, ‘This is a lesson, this is an obstacle, and this is going to come out good because God is teaching you a lesson.’” 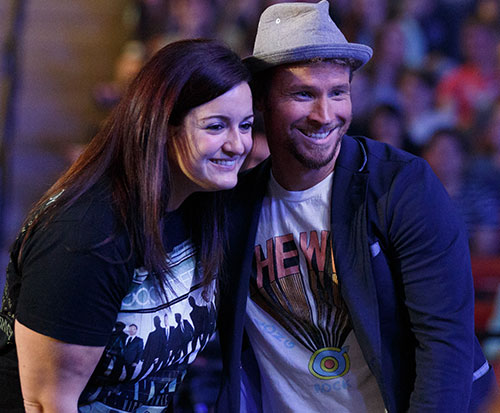 Before the closing medley began, Brian Littrell took time to recognize a lifelong fan seated in the front row, alumna Jamie Vest (’14). He took a picture with her and gave her a hug.

Junior Cassandra Fox has been a Backstreet Boys fan for over a decade and said that she was so excited Littrell came to Liberty.

“It just meant so much to me. I struggled with Leukemia (when I was younger) and Littrell’s music helped me to get through it.”