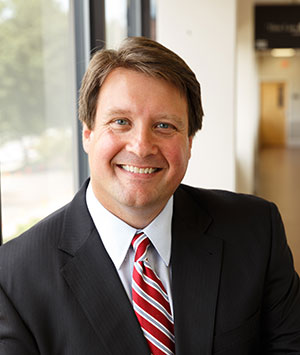 Stevens has 22 years of experience in television journalism, including the last 14 years at WSET, Lynchburg’s ABC affiliate, where he has served as anchor and most recently as news director.

“I am thrilled to be at Liberty University, on a thriving campus that is making such a positive difference in so many people’s lives,” Stevens said. “Amazing things are happening here that set this university apart from the others. I look forward to sharing and celebrating these wonderful achievements. While change is ever-present here — new buildings, new programs, new degrees — one constant has been the commitment to top quality education with a focus on Christian values. I’m blessed to be a part of that mission.”

In his new role, Stevens will head Liberty’s newly formed External Communications Office, a part of the Marketing Department. Stevens will oversee the university’s public relations and social media and web content teams.

“As the university continues to excel, our next opportunity to continue to expand our brand nationally is to put a deliberate focus on our earned media and social media,” Kennedy said. “Len will play an integral role in this effort, and we are blessed to have him.”