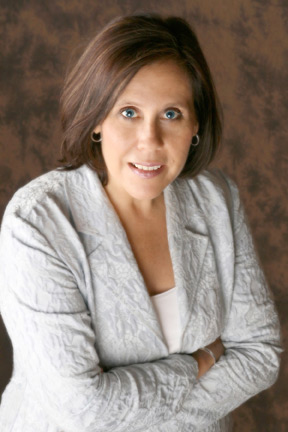 Cynthia Dunbar, assistant professor of law at Liberty University School of Law, caught national media attention last week as the Texas State Board of Education convened to adopt new social studies standards that will impact textbooks on a national level.

As a board member, she delivered an opening prayer at the May 21 meeting that referenced our foundation as a “Christian land governed by Christian principles” and our forefathers as Bible believers. Her prayer immediately sparked negative reports from several media outlets and organizations who purported she had used the prayer to boost her political stance.

But what her accusers did not know was that the prayer she delivered was not her own words; she revealed later in the day that she had simply read the same words that the late Supreme Court Chief Justice Earl Warren used during a prayer breakfast in 1954 (see the full prayer below). Warren, who oversaw cases such as Brown v. Board of Education and Sherbert v. Verner, was actually considered to be on the left side of the political spectrum at the time.

“This is a huge story in that it exposes the bias of the liberal media and organizations that blasted me for saying ‘Christian land governed by Christian principles,’” Dunbar said. “These were not my words, but C.J. Earl Warren’s. TFN [Texas Freedom Network], a horribly liberal organization, tried to save face by saying that I had made a mockery out of religion. I beg to differ; I think the only thing of which I made a mockery were liberal organizations such as TFN, that simply do not know our nation’s history.”

After the invocation, TFN, which calls itself “the mainstream voice to counter the religious right,” exposed its far-left leanings in an article against Dunbar’s prayer, saying, “Even before the Texas State Board of Education took up its expected debate today over what students will learn about separation about church and state in their social studies classrooms, board member Cynthia Dunbar (R-Richmond) made her position clear. She offered the board’s opening prayer this morning and removed any doubt about what she and other far-right board members want students to learn: America’s laws and government should be based on the Christian Bible.” According to TFN, Dunbar laid out “in blunt language the ‘Christian nation’ vision of American history that the board’s powerful bloc of social conservatives espouses.” TFN pulled its original release from its website after it learned Dunbar's words were not her own.

Later in the meeting, the board approved more conservative social studies and history curriculum, which, among other things, requires that students have a better understanding of their First Amendment freedoms contrasted with the misuse of separation of church and state. The efforts leading up to these highly publicized meetings were covered on Huckabee, Lou Dobbs and other shows creating opinions both nationally and internationally.

Dunbar came to Liberty in the fall as a visiting professor of law. She was elected to the Texas State Board of Education in 2006 to serve a four-year term through Dec. 31, 2010. This position is one of national importance as Texas often sets the national standard for public school textbooks. Her district encompasses 16 counties with approximately 1.5 million constituents. She will not seek re-election.


Opening Prayer at the Texas State Board of Education Meeting
May 21, 2010

Most gracious Heavenly Father, we come before you today and ask that you grant to us
The ability to not be anxious for the Future;
Wisdom and understanding for the Day;
and Hearts of gratitude for the Past.
As we look to our Past to guide us, let us reflect on the convictions of those who have gone before us.
“I believe no one can read the history of our country without realizing that the Good Book and the Spirit of the Saviour have from the beginning been our guiding geniuses…whether we look to the first Charter of Virginia…or to the Charter of New England…or to the Charter of Massachusetts Bay…or to the Fundamental Orders of Connecticut…the same objective is present: a Christian land governed by Christian principles.
I believe the entire Bill of Rights came into being because of the knowledge our forefathers had of the Bible and their belief in it: freedom of belief, of expression, of assembly, of petition, the dignity of the individual, the sanctity of the home, equal justice under law and the reservation of powers to the people.
… I like to believe we are living today in the spirit of the Christian religion. I like also to believe that as long as we do so, no great harm can come to our country.”

All this I pray in the name of my Lord and Savior, Jesus Christ.  Amen.