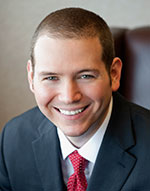 Over the summer, Liberty University School of Law Professor Timothy M. Todd spent a month in residence at the University of New South Wales (UNSW) in Sydney, Australia, after being awarded a 2015 Atax (Australian School of Taxation) Research Fellowship by the UNSW School of Taxation and Business Law.

“Professor Todd is a prolific author, accomplished speaker, and beloved professor who makes even tax law something fun to study,” said Rena Lindevaldsen, interim dean and professor of law. “In earning a coveted spot as an Atax fellow this past summer, he is demonstrating that Christian scholars rightfully have earned a spot at the table in the marketplace of ideas.”

“I was deeply humbled to be selected as one of this year’s fellows,” Todd said. “It is a great opportunity to show on the international stage the caliber of work we do at Liberty University School of Law.”

Only three fellows were selected this year from across the world, and Todd was the only professor selected from the United States. From among the three fellows, Todd was named the 2015 John Raneri Fellow.

While in Sydney, Todd presented his recent research, guest lectured, and worked on joint research with the faculty at UNSW. Specifically, Todd was awarded a fellowship to collaborate on research regarding governance issues surrounding companies that are in financial trouble.

“This research is particularly relevant given the global financial crisis,” he said.

Todd collaborated with Professor Anil Hargovan of UNSW, a noted corporate law expert and scholar. This collaborative relationship is continuing.

Todd, who is both an attorney and certified public accountant, teaches tax, business, and transactional law courses at the School of Law. In addition to his law degree, he also holds a master’s degree in accounting. He formerly clerked for the U.S. Court of Federal Claims in Washington, D.C. A growing voice in the tax field, Todd was also recently named a regular Forbes contributor, where he writes about taxes, tax planning, and tax cases.