Liberty University has announced the winners of the 2014 President’s Awards for Excellence in Teaching. This is the fourth year that these awards have been presented. Recipients are formally honored at Commencement and receive monetary gifts to demonstrate Liberty’s commitment to outstanding teaching in both residential and online classrooms. Winners are chosen from a pool of nominees by committees comprised of deans from seven academic areas.

2013-14 President’s Awards for Excellence in Teaching 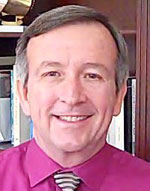 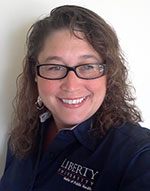 Linnaya Graf has worked in the social science, human service, and public health arenas for the last 15 years, serving in both individual and community health. She earned a B.A. in psychology from Penn State University, as well as an M.S. and Ph.D. in public health from Walden University. She has a heart for vulnerable populations’ research and the application of that research to front-line practice, conducting research and publishing in the field of family violence and social science research methodology. Graf has owned a small research company since 2009, and is a faculty member and instructional mentor for Liberty’s online graduate M.P.H. program. She is dedicated to serving her students and the faculty with a Christ-like heart of grace, accountability, and encouragement, following the admonishment of 2 John 1:6 “Love means living the way God commanded us to live. As you have heard from the beginning, His command is this: Live a life of love.” In applying her gifts to her work as an instructor and mentor, Graf incorporates a biblical foundation and academic integrity in all of her work. She lives in a rural area of York, Pa., with her four children and husband. 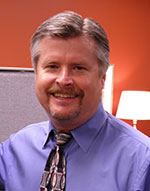 Swezey serves as an associate professor for the School of Education. He grew up in California where he taught Bible and world history at a Christian school. After earning an M.Ed. in Christian School Administration at Columbia International University in South Carolina, he worked for seven years as an elementary and middle school principal. He began working in Christian higher education after he earned his doctorate in Educational Leadership at George Fox University. He teaches graduate courses on leadership, the historical and philosophical foundations of education, and qualitative research. Swezey recently co-edited the book “Public and Private School Administration: An Overview in Christian Perspective” with fellow Liberty University professor, Dr. Sam Smith. 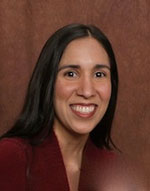 Jessil Fuhr was born in Tucson, Ariz., while her father was finishing a degree in engineering at the University of Arizona. After he graduated, the family relocated to Venezuela where she lived for 20 years. Fuhr graduated with a degree in computer engineering in 2001, having completed her thesis in online education platforms, which at the time was still in its infancy. After coming back to the United States, Fuhr served in the U.S. Navy from 2003-08 and was accepted into the chaplaincy-training program. In preparation for ministry, she completed a Master of Divinity from Liberty University, and has since taken on the role of an Instructional Mentor in the School of Religion, working specifically with Liberty University’s Spanish language courses. Fuhr continued her professional development by earning a Master of Education with a specialization in Spanish from Nova Southeastern University in 2011. She is married to Dr. Richard Alan Fuhr Jr. and is the mother of two sons. 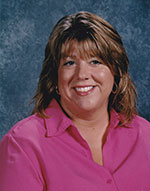 Mayberry began working for Liberty in 2006, where she is currently an instructor and instructional mentor. Affirming her belief that God blessed her at birth with a teacher’s heart, she has dedicated her life and career to learning and teaching. She attended Lynchburg College where she received a B.A. in English, an M.Ed. in special education, and an M.A. in English with a full scholarship as a Hopwood Scholar and member of the Westover Honors Program. She will finish her Ed.S. in education leadership at Liberty University this summer and has been accepted into the Ph.D. program in special education and educational psychology at Regent University in Virginia Beach. In addition to her teaching experience at Liberty, Mayberry has more than 20 years experience teaching elementary and middle school special education and high school English in Virginia public schools. She currently lives in the Lynchburg area with her husband and their four children. 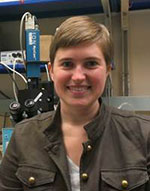 Plomaritas was born in Wisconsin, but grew up in Bedford County, Va. She discovered her love for science in a high school anatomy class and earned a B.S. in biology from Liberty University in 2008. She taught high school biology in Bedford for several years while earning an M.Ed. in science education from Lynchburg College, which she completed in 2009. She and her husband moved out West in 2011 where she began graduate work at the University of New Mexico, researching mechanisms contributing to the development of pulmonary hypertension. Plomaritas teaches Biology 101 and Information Technology 101 and would say her calling in life is two-fold: First, to teach students about the wonders of the life around us through the lens of biology, and second, to mentor students through life’s challenges, educational or otherwise. 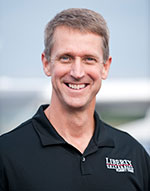 Marselus received a B.S. in aeronautical engineering from the United States Air Force Academy and completed an M.A. in religion and an M.Div. through Liberty University’s online program. He served in the Air Force for 25 years flying both the A-10 and the F-15E and logging more than 3,000 hours, including combat. He has received multiple awards and decorations, including being named top fighter pilot in the U.S.A.F. He has also earned a Master of Strategic Studies, and commanded four different organizations during his last seven years of service. Marselus and his wife, Kim, have been married for 27 years and have been richly blessed with seven children. The Lord called them to ministry at Liberty University to motivate young men and women to serve Him with their whole heart, soul, mind, and strength in the profession of aviation for God’s glory. 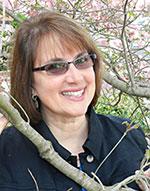 Thorn, program director and assistant professor of American Sign Language and Interpreting, earned her B.A. in sociology with a specialization in deafness from Hartwick College. She earned her M.A. in deaf education from New York University, an M.A. in human services from Liberty University, and is currently working on her Ed.D. at Liberty. Thorn came to Liberty in 2011 with over 30 years of experience as a professional sign language interpreter and holds dual national certification from the Registry of Interpreters for the Deaf. She also feels privileged to have been a teacher of the deaf for a number of years. Thorn has used her experience to help develop both Liberty’s ASLI major (Bachelor of Arts) and ASL minor. She devotes herself to mentoring students and helping them discover how biblical principles can apply to modern day professionalism. She and her husband, Ken, have three grown sons and love living near the mountains where she can camp and backpack whenever she is able. 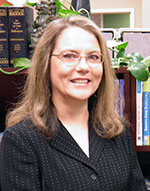 Donald graduated from Lynchburg Christian Academy in 1980, where she met her husband Mike. She attended Liberty for one year before they married and then focused her energy on homemaking and caring for her son. She returned to Liberty to complete her B.A. in history and now holds an M.A. in history from the University of North Carolina at Greensboro and is ABD from George Mason University. Her fields of study include early modern Europe, early modern culture, and early American history. Donald has been teaching at Liberty since 2001. She became an assistant professor of history in 2006 and transferred to the College of General Studies in 2011. Donald teaches western civilization as well as a variety of European history courses. In the last several years, she has focused on the scholarship of teaching and learning, most recently co-presenting on “Active Learning in the Large Classroom” at the Virginia Tech Conference on Higher Education Pedagogy. She serves on the faculty advisory board for the Center for Teaching Excellence and is a frequent contributor to faculty development. 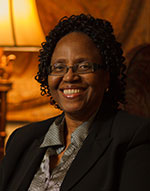 Edna Udobong is an assistant professor of law at Liberty University School of Law. She teaches international law, international human rights, immigration law, and adoption law. Udobong also supervises student projects at Liberty Center for International Human Rights, focusing on advocating a Christian worldview in human rights law and practice. She earned her M.A. in Law from Harvard Law School and a J.D. from the University of Lagos, Nigeria. She received her first Fulbright Scholar award in 2008 to teach at the University of Lagos and a second Fulbright Senior Specialist award in 2013 to teach at the Witwatersrand University School of Law in Johannesburg, South Africa. She is the Liberty University Fulbright Advisor and has dedicated her time to mentoring and preparing students and faculty to serve as Fulbright scholars in foreign institutions in fulfillment of the Great Commission. She spends her family time with her husband, Pastor Alfred, raising two children and two nephews. 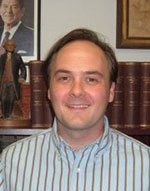 Davis received his Ph.D. in history from the University of Arkansas and moved with his wife Holly and their three girls to Lynchburg in 2005. His first book, “Politics as Usual: Thomas E. Dewey, Franklin Roosevelt, and the Wartime Presidential Campaign of 1944,” will be published by Northern Illinois University Press in October. Davis is an associate professor of history and teaches mostly 20th century American history courses, including history of American political parties since 1896, the Reagan presidency, industrial America, and recent America.