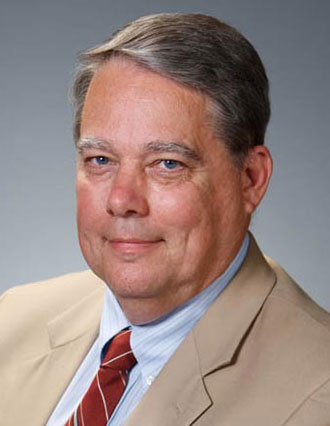 Bruce Braun, former executive director of Technical Operations for Liberty University’s School of Communication & Creative Arts, announced his retirement last month after working in the broadcast and entertainment field for more than 50 years. His last day was Friday, Feb. 28.

“These past years at Liberty have been a highlight of my career,” Braun said. “I have had the privilege of working for both Jerry Falwell, Sr. and most recently President Jerry Falwell, Jr. I have learned the importance of teamwork, tolerance, and patience in the face of constant change and most importantly faith, obedience, and dependence on God in all situations.”

President Falwell recognized Braun for his commitment to Liberty during a retirement celebration on Feb. 17.

“Bruce Braun was instrumental in building the television network in the 1970s and ’80s that was used to tell the world about a new Christian college in Lynchburg, Va.,” President Falwell said. “He returned in recent years to oversee many of the staff that he hired decades before. Bruce was one of the pioneers who helped make Liberty University a reality. He will be missed.”

Braun said he believes that God has a time for everything, and it is time for him to move on to a different form of service. He plans on becoming more involved in local and international mission projects and traveling and visiting ministries across the country. He also plans to continue rehearsing and performing with numerous orchestras and wind ensembles (he has played the trombone professionally for more than 50 years).

Braun will still be serving Liberty as an independent contractor for its land mobile radio communication systems, and he also wants to develop an amateur radio club for students.

“God has blessed Liberty with an outstanding administration, staff, and resources,” Braun said. “I am confident that my successors will eclipse my humble efforts. With the university's continued commitment to obedience to God and biblical principles, I know Liberty has its best years ahead. Though I will always miss Liberty, I will continue to pray for God's blessings on this outstanding Christian institution of higher learning.”