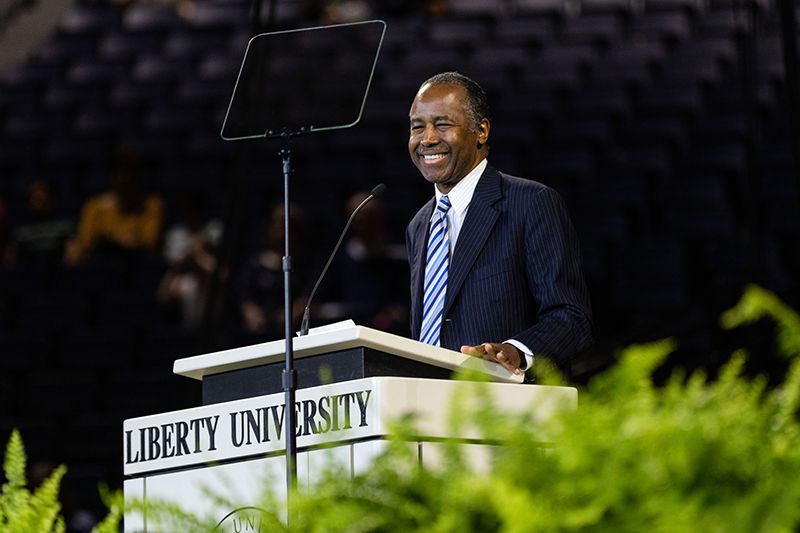 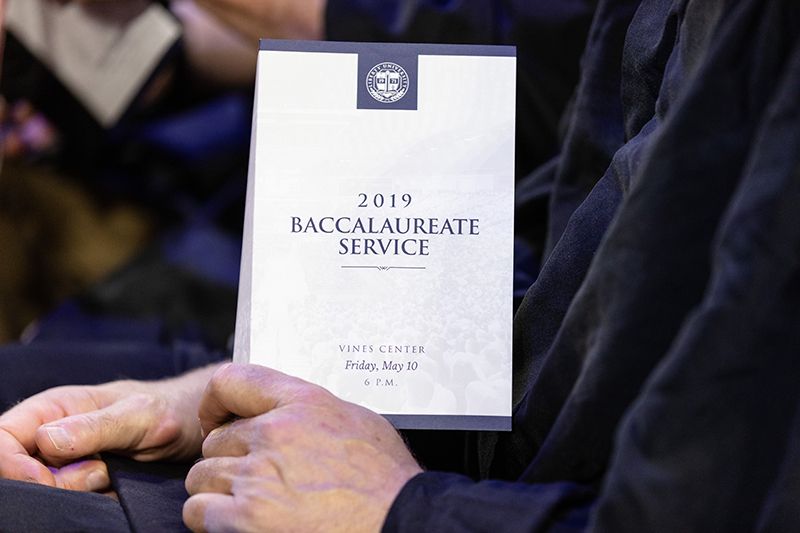 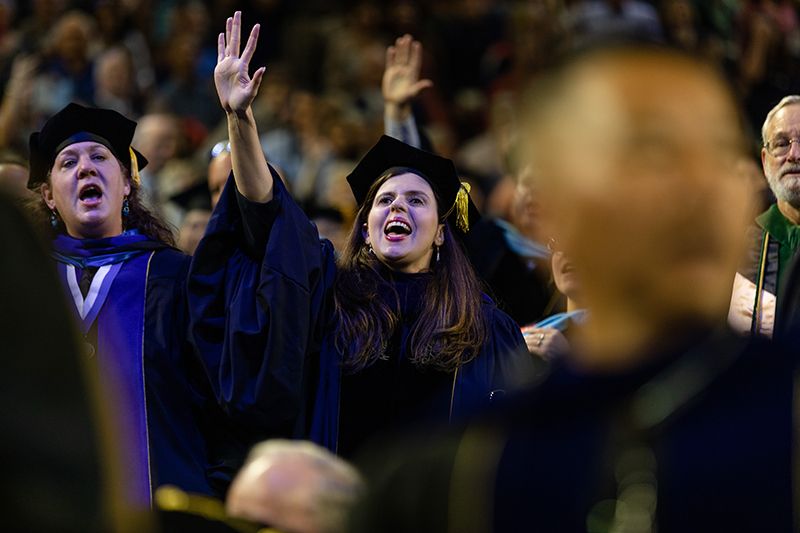 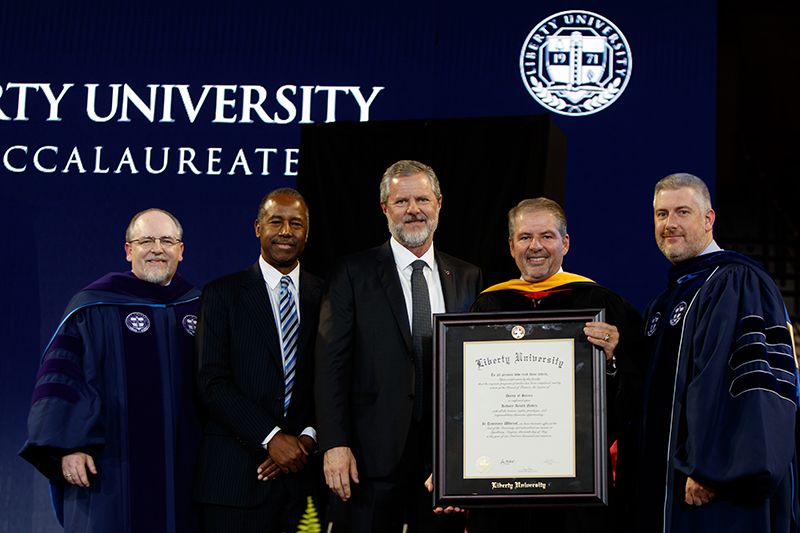 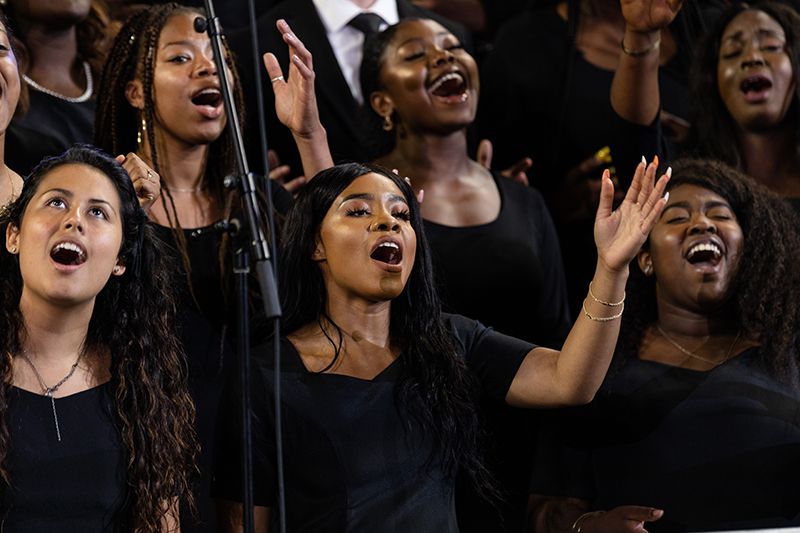 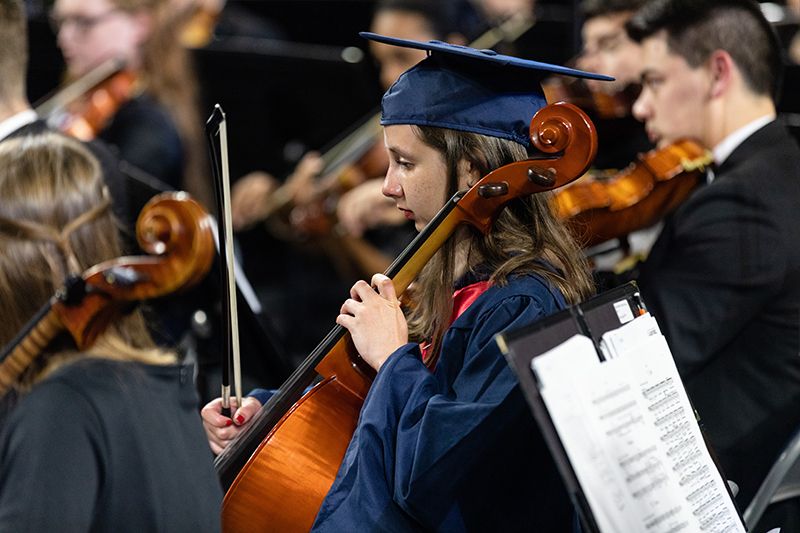 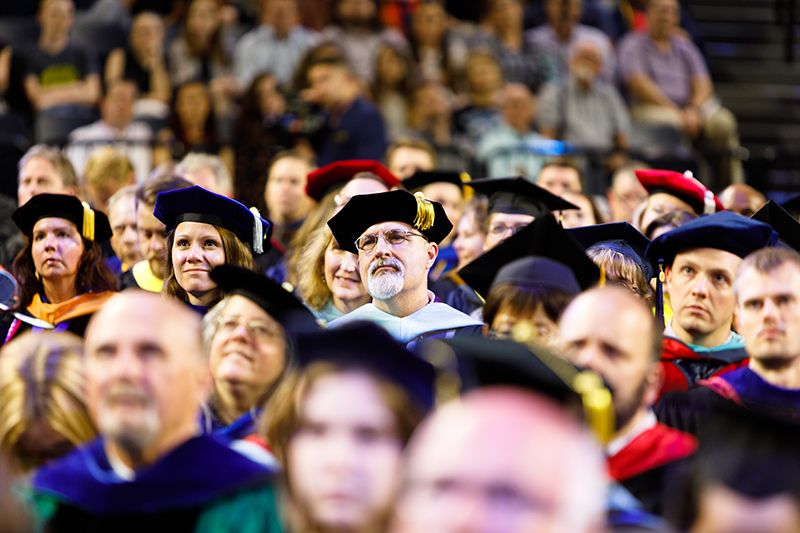 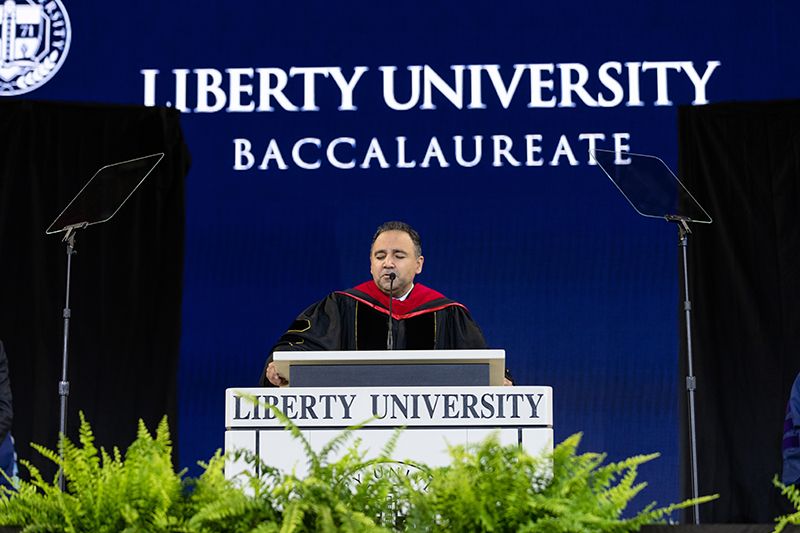 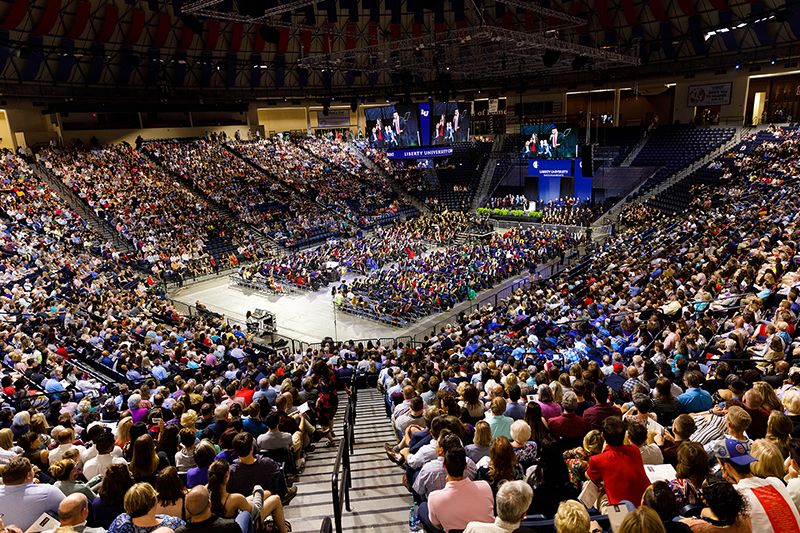 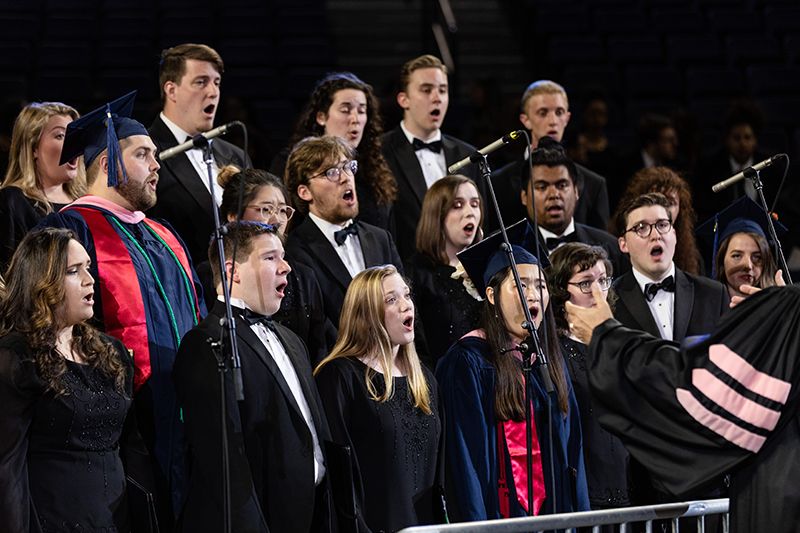 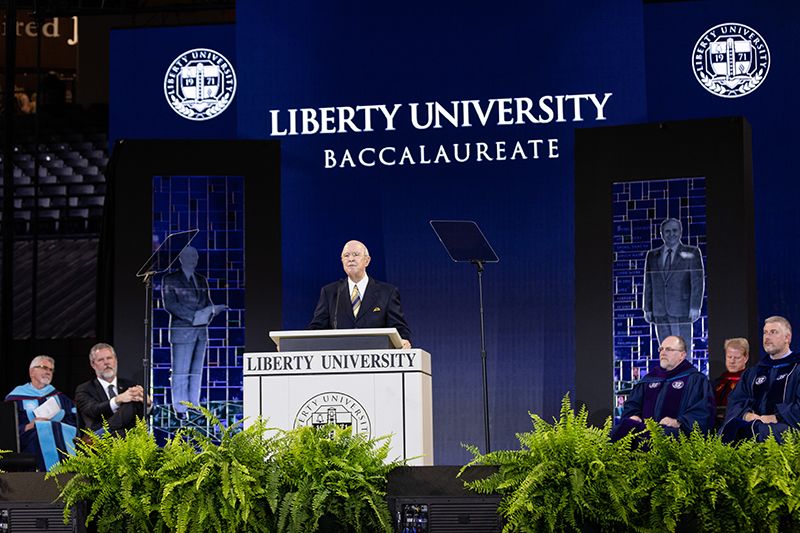 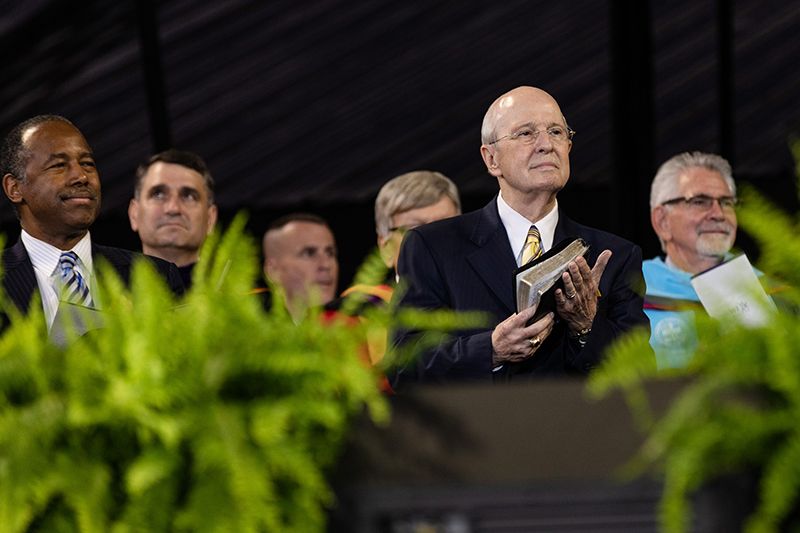 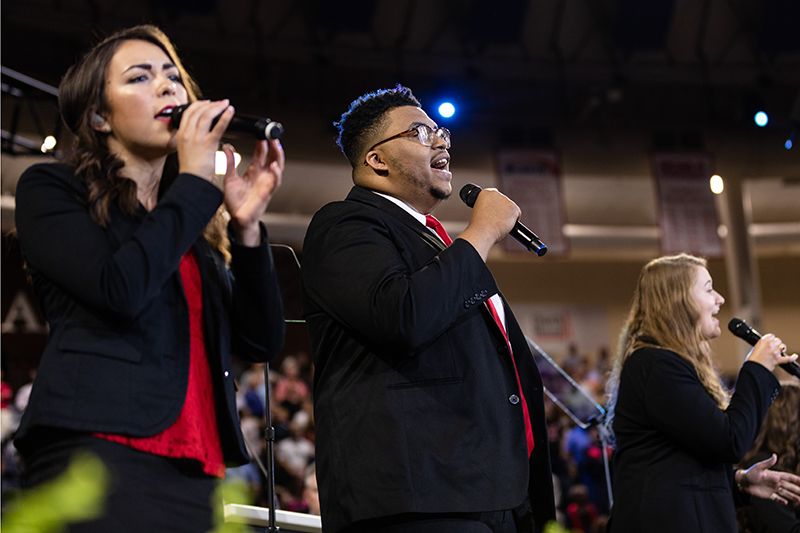 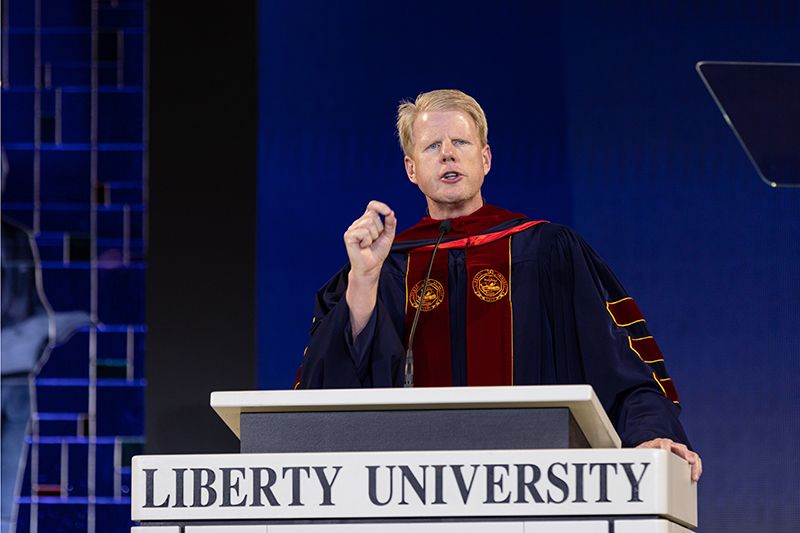 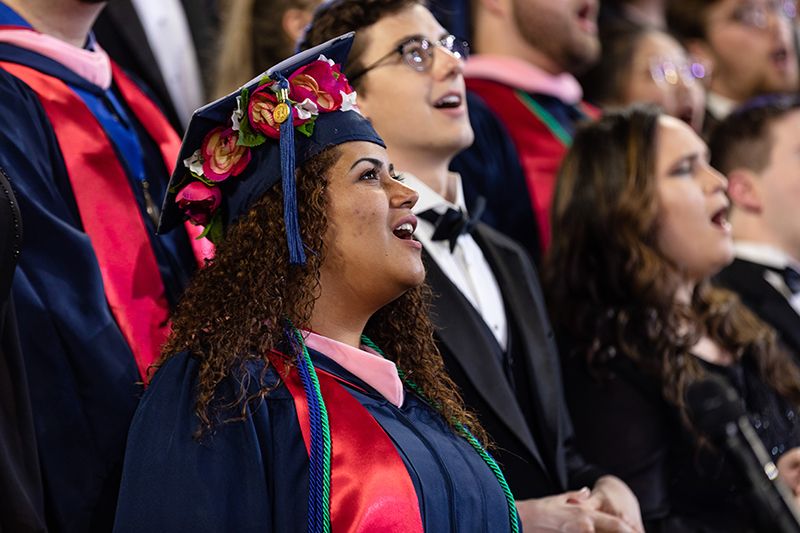 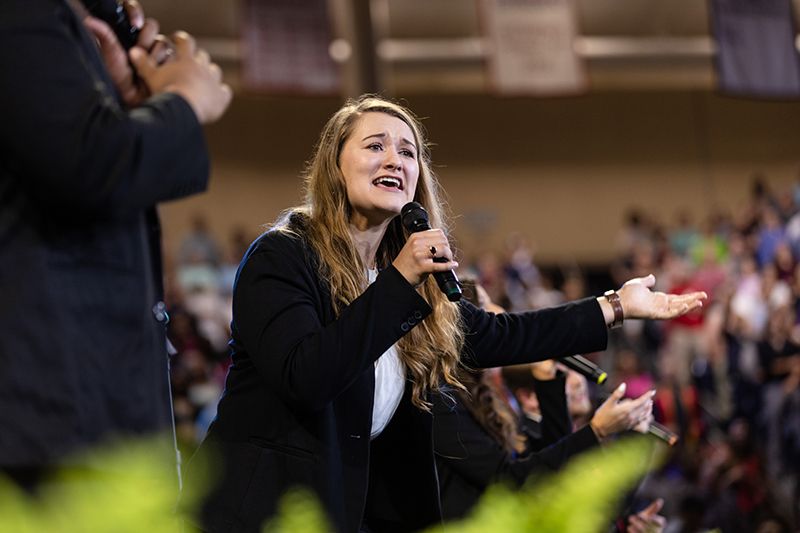 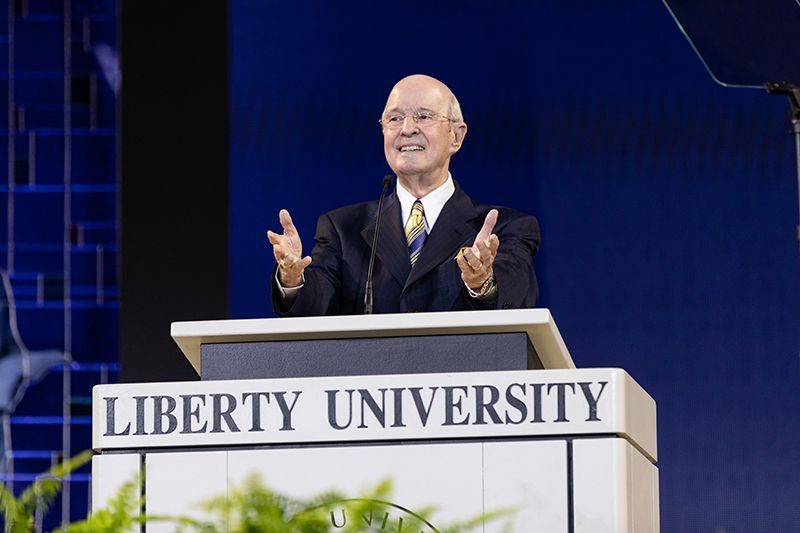 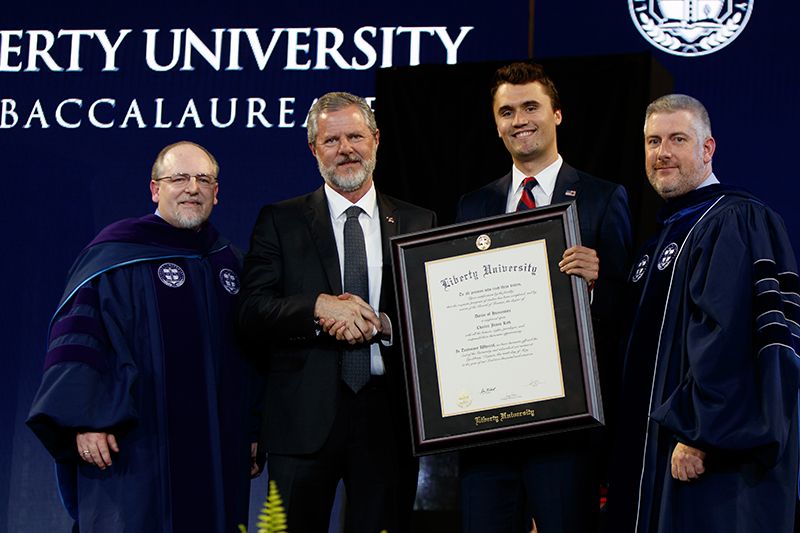 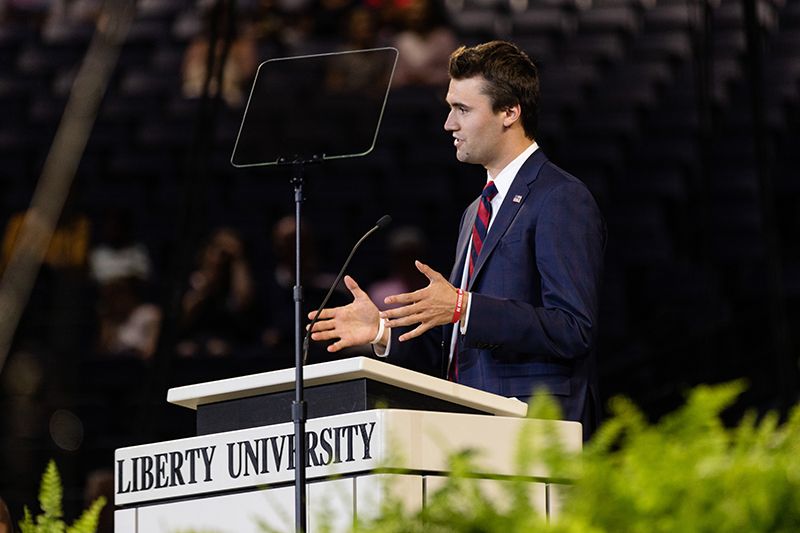 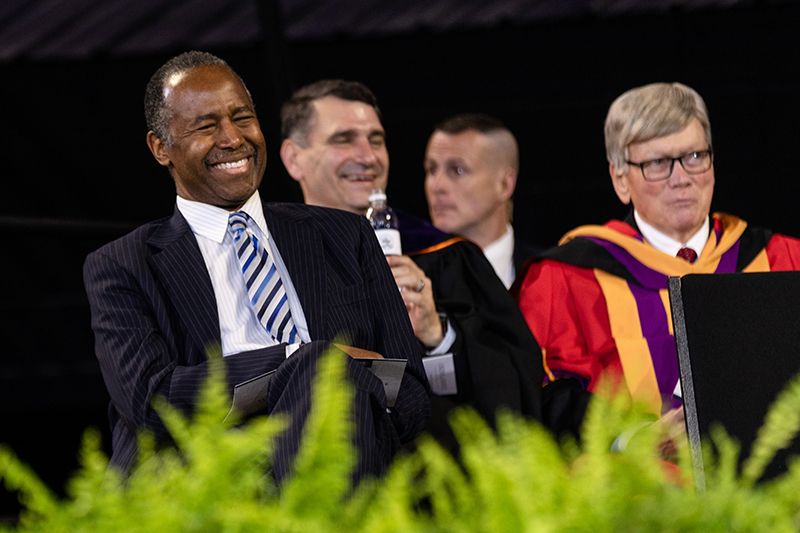 Friday night’s Baccalaureate served as a commissioning for the over 20,700 members of the Liberty University Class of 2019, sending them out to be salt and light to the world.

Dr. Ben Carson was among the special guests at Baccalaureate and spoke briefly to the graduates about building on their knowledge.

The service, held in the Vines Center, kicked off with a time of praise and thanksgiving to God, with performances by the Liberty University Chamber Singers and Symphony Orchestra as well as Sounds of Liberty and LU Praise.

Moreover, it was a time of exhortation, with an opening prayer from Senior Vice President for Spiritual Development David Nasser, a challenging message from Liberty Board of Trustees member Dr. Jerry Vines, and benediction from Jonathan Falwell, senior pastor of Thomas Road Baptist Church.

Liberty President Jerry Falwell told the crowd of more than 10,000 that he is proud of the graduates’ example of servanthood and community service and knows that the Class of 2019 will change the world for good.

“We believe that you are ready to go forth as Champions for Christ and live your lives according to the Great Commandment of Jesus to love God and love your neighbor as yourself.”

He said Liberty’s original vision was to “train doctors, lawyers, engineers, businessmen, politicians, educators, nurses, and pilots — every degree program is designed to produce graduates who will be champions for Jesus Christ in the work they are called to do. Since 1971, our campus and buildings have changed completely. But the mission has never changed and neither has our character and our witness for Christ.”

Falwell introduced Vines, pastor of First Baptist Church of Jacksonville, Fla., and former president of the Southern Baptist Convention. A member of Liberty’s Board of Trustees since 1988, Vines was visiting for the fifth time as the university’s Baccalaureate speaker and first since 2007, when he also officiated the funeral for Dr. Jerry Falwell Sr., Liberty’s founder, a few days later. (A video clip from that service was shown during Baccalaureate.) Falwell also unveiled two stained-glass windows with images of Vines and his father, that were recently removed from Southwestern Baptist Theological Seminary (read more on that story).

Speaking near a construction site for an adjacent multipurpose arena, due to open in Fall 2020, Vines used the construction as an illustration for the graduating students.

“I encourage you to continue to make progress in the construction that Jesus Christ is doing in your lives,” he said.

He referred to Luke 2:52 as the blueprint for that growth, relating how Jesus increased not only in stature and wisdom, but also in favor with God and man.

“Liberty University believes in developing the whole person,” Vines said, referring to its holistic approach in its mission of developing the mind, body, and spirit of its students. “You may never become a star athlete like Liberty graduate Rashad Jennings, who played several years in the NFL, but you can be a Champion for Christ wherever God chooses to place you. You were bought with a price, therefore glorify God in your body.”

He challenged graduates to continue to make progress intellectually.

“Academics are at the very top of the priority list at Liberty University,” Vines said. “Study to show yourself approved unto God … according to a biblical worldview.”

Vines exhorted students to stay in God’s Word and renew their minds daily, to use the wisdom they have attained at Liberty to make an eternal impact on the lives around them.

“Wherever you are, you can use your mind and be a witness for the Lord, Jesus Christ,” Vines said.

He encouraged graduates to continue to make progress socially and spiritually, warning them that the world they are entering won’t likely be as spiritually grounded as Liberty’s campus.

Before Dr. Vines’ address, two honorary doctorate degrees were awarded. Falwell presented a Doctor of Business degree to professor and medical innovator Anthony Nobles. Falwell showed how one of Nobles’ more than 150 medical inventions, the NobleStitch, was used to perform surgery to repair a hole in his own heart. In January, Nobles was named Executive Director of Liberty’s Center for Entrepreneurship.

Liberty Online Provost Shawn Akers then conferred a Doctor of Humanities degree upon Charlie Kirk, founder of Turning Point USA, “in recognition of his work and dedication to courageously promote American freedom and defend our common liberties on behalf of young students in colleges and high schools across the country and for his example and inspiration to young people everywhere of what can be achieved when faith, conviction, and hard work are put into practice.”

Kirk founded Turning Point as a high school senior in 2012 and serves as its director to champion free speech, limited government, and the market economy. In 2016, he was the youngest person to give a speech at the Republican National Convention.

“I have never had t
he opportunity to visit a university that embodies the teachings of Jesus Christ better than Liberty University,” Kirk said. “If you decide to profess your faith and say you are a Christian, this world is going to make it difficult. For those of you who are believers in Jesus Christ, wear that badge proudly.”