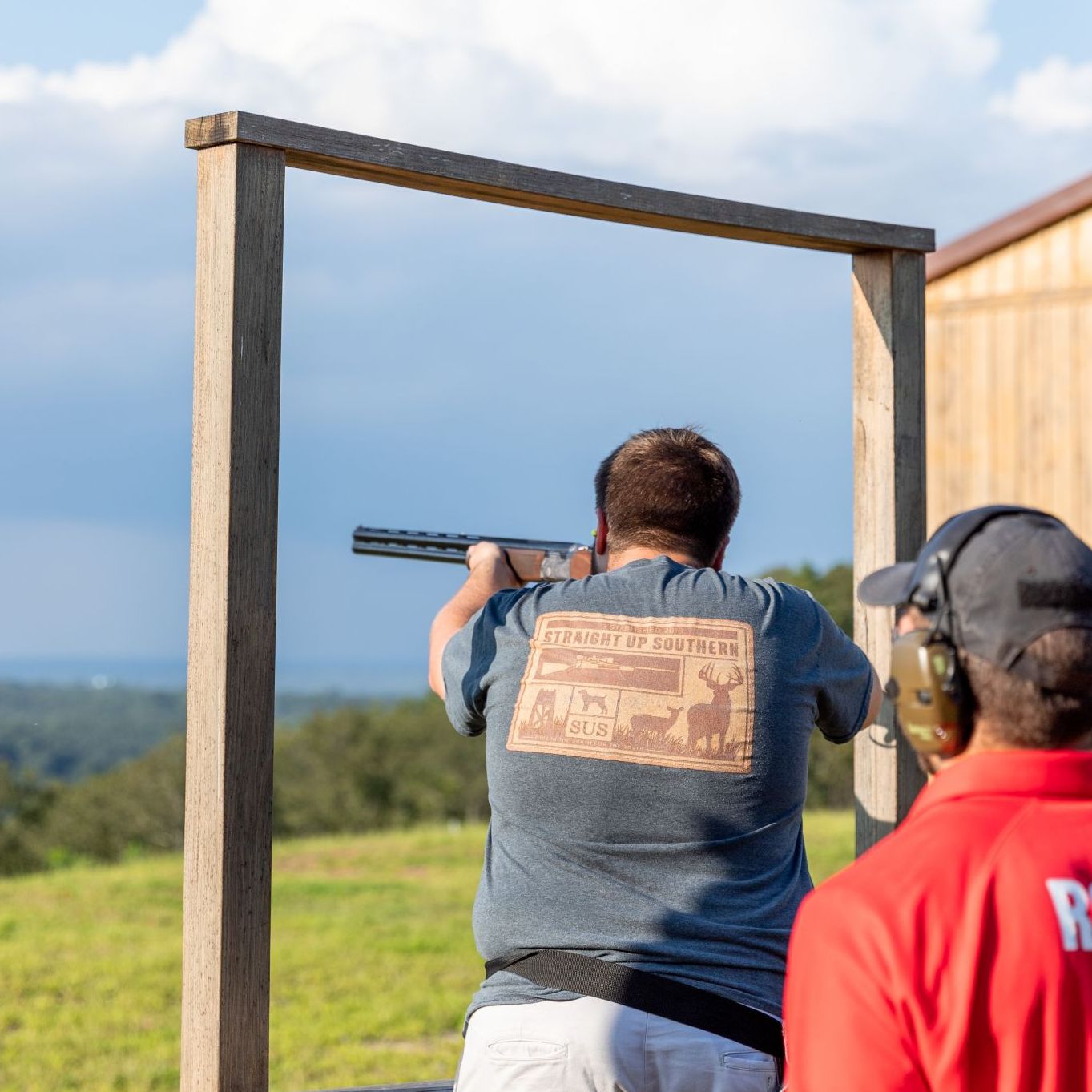 Are you a complete novice to shotgun games? Maybe even shooting in general? Don’t worry, we’ll give you a primer in the shotgun games available at the Liberty Mountain Gun Club.

LGMC currently offers American Trap, American Skeet, and 5 Stand. The targets for all three games are small clay discs—commonly referred to as clays, pigeons, or birds. Each game consists of 25 targets. Only one person shoots at a time, but up to five people can participate in a game at once. So, keep that in mind when you’re getting a group together to come to the range! When it’s a shooter’s turn and they’re in position ready to shoot, they call out ‘Pull!’ and the clay pigeon is thrown.

American Trap is a good place to start for people unfamiliar with shooting. In American Trap, only one target is presented at a time, and the targets are always going in the same general direction—away from the shooter. The shooting positions are 16 yards behind the target launcher, or trap machine, which is inside a small building also known as the ‘trap house’. There are 5 shooting positions, evenly spaced in a line (or shallow arc), and each participant shoots at 5 targets per position.

American Skeet steps up the difficulty from American Trap in several ways. Firstly, there are two machines, one on the left side of the field (the high house) and one on the right side of the field (the low house). Secondly, not only do the birds come from two different directions, shooters are moving from one station to the next around a large semi-circle.  To further complicate things, at several stations participants have to shoot two birds at a time! In total, there are 8 stations along the semi-circle, each presenting a different angle to the birds. Again, don’t worry if this sounds confusing. When you’re at the range, we’ll walk along with you and explain as we go.

5 Stand seeks to simulate hunting scenarios and is a scaled-down version of the popular shotgun discipline called sporting clays. 5 Stand, oddly enough, has five stands! At LMGC, shooters can potentially engage 9 different targets on a variety of flight paths. Each stand has a card, or menu, that lets the shooter know which birds they will see from that stand. Each stand has a different card in order to make the game more diverse. There are five targets thrown at each stand: a single clay, two clays thrown with a bit of a delay (report pair), and two clays launched simultaneously (true pair).

Hopefully, this has given you some idea of what to expect when visiting the Shotgun Range at LMGC. If this sounds like a good time, come on up! And if it still sounds confusing, don’t worry. The LMGC staff is always available to help and will be on the range the whole duration of your game.