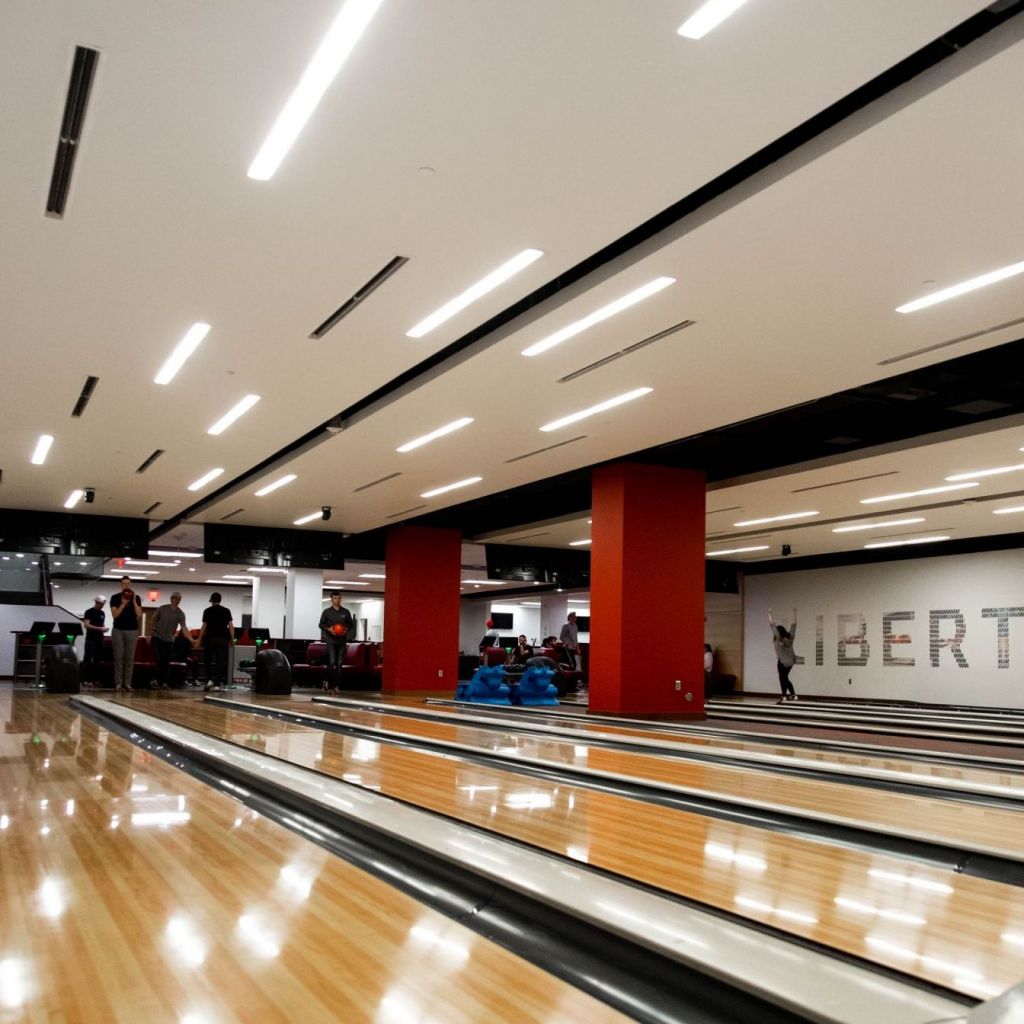 It’s bowling night with your hall at the Montview Bowling Alley, and you want to do something besides a normal game. But what’s this? Your roommate has stumbled upon variations to the classic game on your lane’s bowling screen. Bowlin’ Hood? Monster Factory? Last Pin Standing? These will for sure give bowling night a refresher!

Start by asking the attendants at the desk to set up your lane as a timed game as opposed to by number of games. These special games are only available under timed mode. Once you get to your lane and input all players into the system, follow these directions:

These games are simple variations on the classic bowling game, with different scoring rules and rules on which pins to hit. For an overview of each game, read on below!

Named because the system will insert an automatic strike in the 3rd, 6th, and 9th frames, this version will make your games faster and help you achieve a higher score.

The 3-6-9 default frames can be changed to any other frame from the front desk. The maximum score per game for this version is 100.

In this version, your goal is to only knock down an even number of pins. However, if you knock down 10, which is a strike, the system will count it as score of zero. The same goes for hitting an odd number of pins or zero pins at all, including a gutter ball.

The goal of this game is to hit the head pin on each turn—but without getting a strike. If you hit 7, 6, 5, or 4 pins, you get a bonus that converts your score to 10. If you don’t hit the head pin, or if you get a strike, the frame score is zero.

You have the potential for two balls per frame. Max score 300.

This game just might be the ultimate test of skill. In this game, the system scores in reverse so the lowest score wins. Bowling your first gutter ball gives you a strike; second gutter or zero pins gives you a spare. Tip: aim for only the 7 and 10 pin.

For players of differing skill levels, No Tap may be a good game selection! This setting allows a lower pin fall value to be set and count as a strike. Knock down 9 pins and the system scores a strike or choose a different value for each player (7, 8, 9, or OFF).

This version is just like Even Better, except here your goal is to only knock down an odd number of pins. If you get a strike, an even number, a gutter ball, or zero pins, the system will count it as score of zero.

These games are a little madder than the skill games above. If you’re looking for a crazy night, try some of these games out! And don’t forget to ask at the desk to have your complimentary memento printed to take home!

Like with the skill and classic games, you’ll have to ask the desk attendants to set up your lane as a timed game. From there

Throw on your feathered cap, stock up your quiver, and get ready to prove your sharp-shooting skills in this bowling-archery competition. Challenge your opponents in just 5 shots! Your archery score for each shot depends on your bowling score and skill level. Pick your starting skill level, and as you play better throughout the game, you’ll be promoted to a higher level.

Challenge your friends to see who can build the coolest monster. Each ball you throw adds a different part to your monster, depending on your score that frame. You have five shots so make them count!

Just like Monster Factory, you and your friends can each create your own character friends! With each ball a new feature gets added to your character, depending on how many pins you knock down. Again, you get five shots!

Battle on the Lanes

This is the game to settle feuds. Each team gets a castle and the object of this game is to destroy the castle of the opposing team! The more pins you knock down, the more damage is done to the opponent castle. Your projectile and your power depend on your bowling score and skill level—pick your starting skill level and play well to be promoted to the next level.

So next time you have to go to another bowling night, don’t be distressed—get excited! Tell your friends to try out one or all of these games!