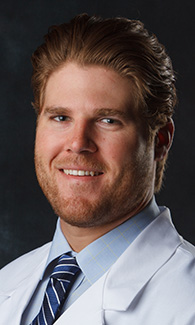 Liberty University College of Osteopathic Medicine (LUCOM)-Student Osteopathic Surgical Association (SOSA) hosted the 2017 National Spring Conference at the beginning of April at the Center for Medical and Health Sciences (CMHS) on the campus of Liberty University. The conference featured elections for positions on the National SOSA Executive Board where LUCOM student-doctor Aaron Joiner, Class of 2019, was elected as Treasurer of the National SOSA Executive Board.

Joiner, an OMS-II from Florence, Alabama, was originally hesitant to run for a position on the National SOSA Executive Board. “Balancing my studies with the responsibilities that come with serving on the board was my major concern,” said Joiner. “After talking with students who had previously served on the board, I came to the realization that it would require dedication and more work but would be worth it in the end.” He credits his ability to handle stress and an extra workload to the time when he had to maintain a high-grade point average while playing football for the University of Alabama.

“I take my position very seriously and plan to be dedicated to the National SOSA Board but also studying diligently to keep my grades up and prepare for board exams,” he added. “Life is tough, but balance is the key to everything.”

Joiner always had the desire to pursue a career that would allow him to interact, connect, and help others. His father, a physician, showed him first hand the hard work and dedication that is required of physicians. He also showed him the intrinsic reward that comes from serving others. It wasn’t long before Joiner made it his goal to become a physician; to have a lasting effect on the people he would encounter daily. Joiner’s hope is that he can not only help them physically, but leave them with a smile and positive outlook no matter what life throws at them.

“Being elected to the National SOSA Board is a huge honor, but I could not have done it without the help of the local chapter leadership at LUCOM,” said Joiner. “This is a great opportunity for LUCOM to gain national recognition and show how great of a school we are and how much we are growing.”