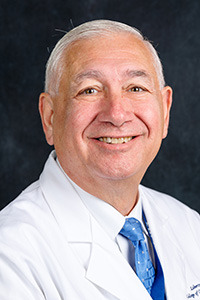 Dean, Professor of Obstetrics and Gynecology

He is actively involved as a member with the American Osteopathic Association (AOA), the Oklahoma Osteopathic Association (OOA), and the American College of Osteopathic Obstetrics and Gynecologist (ACOOG) serving in various leadership roles with continuing education, telemedicine, government affairs and ethics. He comes to Liberty University College of Osteopathic Medicine (LUCOM) after serving as the Associate Dean of Clinical Education and Simulation Medicine for Oklahoma State University Center for Health Sciences and was recently presented with the OOA’s Outstanding and Distinguished Service Award.

A devout Christian, he is committed to serving God with his profession, putting service over self.