The reason I entitled this article “Faith Based Sanctification,” and felt compelled to write on the topic, is because a seemingly-harmless teaching of spiritual growth (sanctification) has crept its way into the minds of many Christians. The teaching has the appearance of sheep skin, but inwardly it is as ravenous as a wolf (Mt. 7:15). It sounds something like this, “Now that Christ has died for you, what are you going to do about it?” From the surface, it seems biblically accurate! Truly, Christians are supposed to do something about Christ’s death for their sins: repent, be baptized, love their neighbors, etc. But the terrible error of this teaching comes in how Christians are supposed to go about this.

Sanctification by Works or Faith

Just as it is with salvation, there are only two ways to go about sanctification: either by faith or by works. The former lifts the heavy burden off of man, whereas the latter puts the burden back on man’s shoulders. One puts the emphasis on God and his power, the other puts the emphasis on man and his power. One recognizes man’s inability to achieve spiritual growth, the other pulls up its boot straps and clenches its fists until knuckles turn white. Which one is correct though?

Thankfully, this issue is not new to the 21st century American church. Let’s listen to Paul’s words to the Galatians: “Did you receive the Spirit by works of the law or by hearing with faith? Are you so foolish? Having begun by the Spirit, are you now being perfected by the flesh?” (Gal 3:2-3). Bullseye. Not only are we saved by faith, but we are perfected by faith! Or, we could say, we are sanctified by faith.

To “sanctify” something means to set it apart for special usage. Thus, the “-ification” added to end of the word is just the process of setting something apart for special usage. The simplicity of sanctification in the Christian life is remarkably beautiful. Sanctification is primarily about believing who you already are in Christ and secondarily believing in God to help you walk out this new identity.

Two verses from Colossians will help validate this view of sanctification. First, Colossians 3:12 states, “Put on then, as God’s chosen ones, holy and beloved, compassionate hearts, kindness, humility…” Before Paul says what these believers are to do, he first establishes who they already are: they are chosen by God, they are seen as holy before God, they are loved by God. “Sanctification is primarily about believing who you already are in Christ.” How does a believer “put on” this new identity though? Colossians 2:6 tells us that “just as” Christians received Christ, so now they are called to “walk in him”. How does someone receive Christ? By faith and faith alone! So, Christians are called to not only believe who they are now in Christ, but to believe in God to bring this change about. “Sanctification is secondarily believing in God to help you walk out this new identity.”

I will conclude this article with the most important application of these truths: pray earnestly to God and trust his promises. Matthew 7:11 tells us that God is infinitely more equipped than earthly fathers to provide good things to his children who ask. Trust this promise brothers and sisters, and call out to your Father who loves to make himself look strong in our lives.

This is the kind of sanctification that gives glory to the one who deserves it. 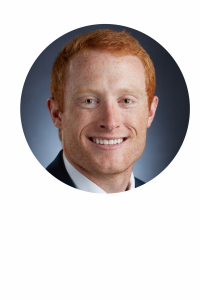 Professional Advisor for the School of Divinity

How to Get Hired After College