Thousands of participants and spectators flocked to Liberty University’s Vines Center on Friday to witness a patriotic Opening Ceremonies for the 2019 State Games of America.

More than 30 Olympic-styled competitions in the biennial amateur sports festival are taking place this weekend across several of Liberty’s world-class athletics facilities as the campus and community welcomes nearly 11,000 athletes from 35 states, including Virginia, who earned medals in their states’ games. Many athletes also stay in the university’s dormitories and eat in its dining hall.

This is the first year Liberty and Virginia Amateur Sports have hosted the State Games, but Liberty has served as the title sponsor for the Commonwealth Games — which are celebrating their 30th anniversary this year — for the past three summers.

The Opening Ceremonies were highlighted by the unfurling of a giant American flag during the singing of the National Anthem and the lighting of the Olympic cauldron by Lady Flames softball Head Coach Dot Richardson, a two-time Olympic gold-medal winner for Team USA.

Two Lynchburg natives served as torch-bearers; World War II veteran Bill Sisk handed it off to University of Oregon softball pitcher Jordan Dail at the National D-Day Memorial in Bedford before Dail ran with it into the Vines Center.

Earlier on Friday afternoon, participants and their families and friends gathered in the Liberty Indoor Practice Facility for an athlete tailgate party. On Saturday, crowds were scheduled to enjoy festivities at 8 p.m. at Williams Stadium, highlighted by live music, fireworks, and an acrobatic launch of David “The Bullet” Smith, who holds the world record (195 feet) for a being shot out of a cannon.

Approximately 250 Ninja Warrior Challenge athletes competed in beginner and advanced courses set up in the Liberty Indoor Track Complex on Saturday in one of five new sports added to the State Games this year.

Murray, a rock climber from Colorado who won the Ultimate Ninja Athlete Association (UNAA) World Series Championship Finals last weekend in Prior Lake, Minn., said he enjoys the camaraderie fostered by the sport at all levels.

“That’s the beauty of it,” he said. “You surround yourself with people who motivate you and are uplifting. It’s been awesome. I’m trying to carry that and teach the young ones about it and hopefully nurture it, so that it stays that way.”

“Ultimately, that was one of my biggest goals for doing Ninja — being able to have a bigger platform to encourage, to inspire, to motivate,” added Thorne, a 38-year-old single mother of three who has led youth camps in throughout the U.S. “It’s awesome.”

She wears her motivations on her shirts — from “Rising Up” to “Igniting Hope” and now “Break Through” — and her signature pink bow in her hair. Her life verses are Romans 12:1-2 and her overarching motto is “Never Give Up.”

She lived that out in prime time during a dramatic April 14 run at the ANWC Oklahoma City finals, aired Monday night on NBC. Thorne suffered a mild traumatic brain injury after landing hard on her face on the third see-saw diving board obstacle. Amazingly, she maintained her hold on the board and was able to continue her course, advancing farther than she ever had before despite sustaining the third concussion of her athletic career, following previous blows in boxing and surfing.

“God’s made me to be someone who can push through pain and that’s not just physically, (but) mentally and emotionally,” Thorne said. “That’s just who He’s made me as a person. Deep down inside, we all have that and God’s just waiting for us to allow us to allow Him work in that capacity in our lives and to have that hope and truly, truly to just never give up.”

Thorne, a track standout at the University of Nebraska who finished runner-up in the 2013 World’s Toughest Mudder, a 75-mile race featuring 330 obstacles, said the stages and obstacles in the Ninja Warrior Challenge often parallel those she must overcome in life.

“It’s important for kids to know they’re not going to complete every obstacle and that it’s OK t
o fail,” Thorne said. “The most important thing is that you just try, and you keep trying, and eventually, you’re going to get it. It might take a while, because everybody has their own journey, but never give up on that.” 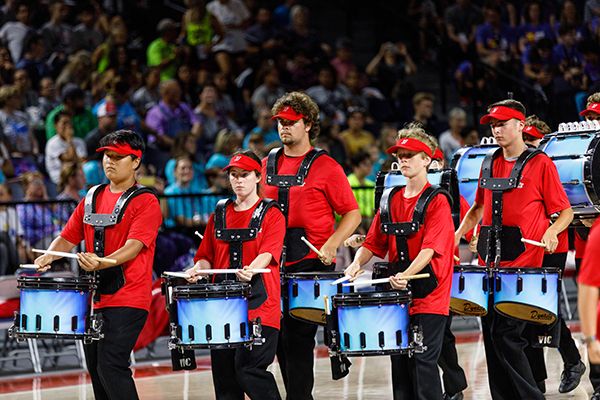 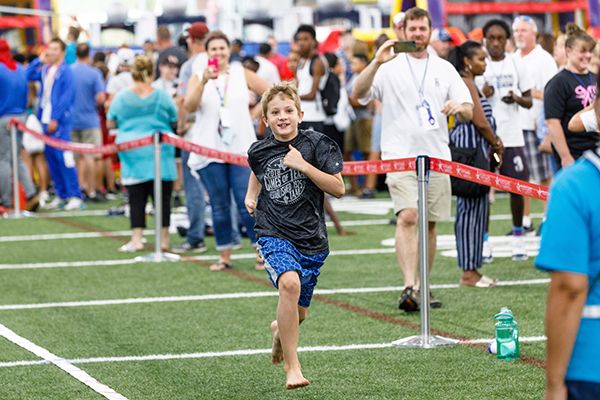 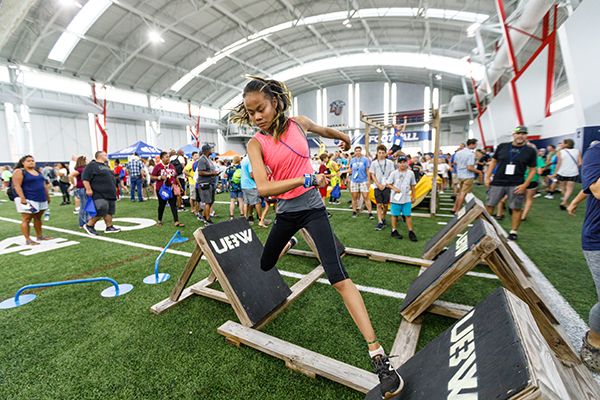 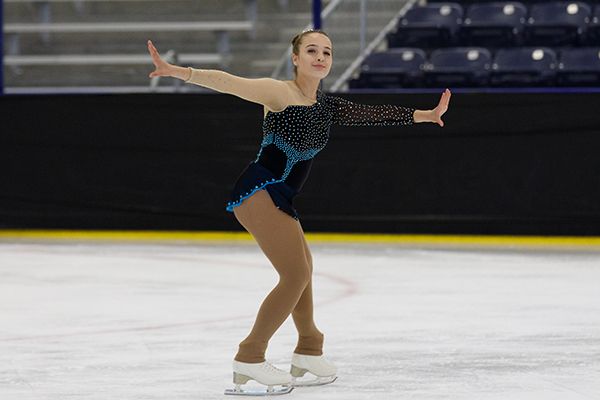 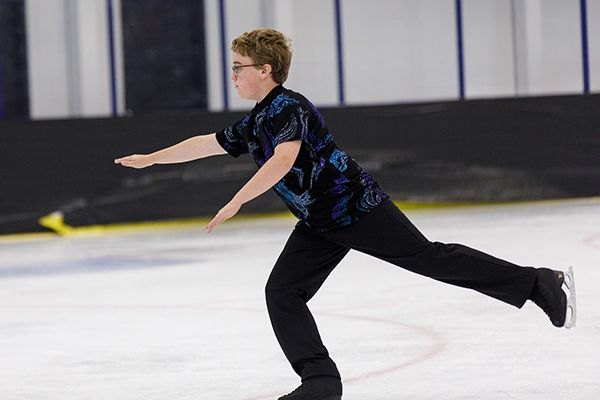 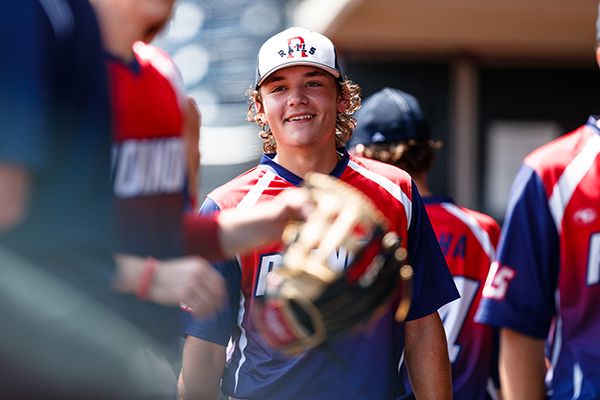 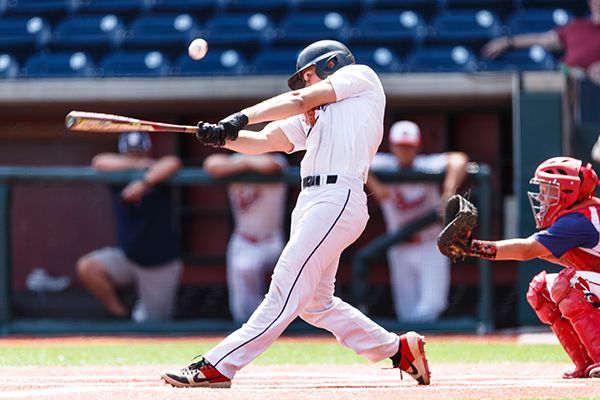 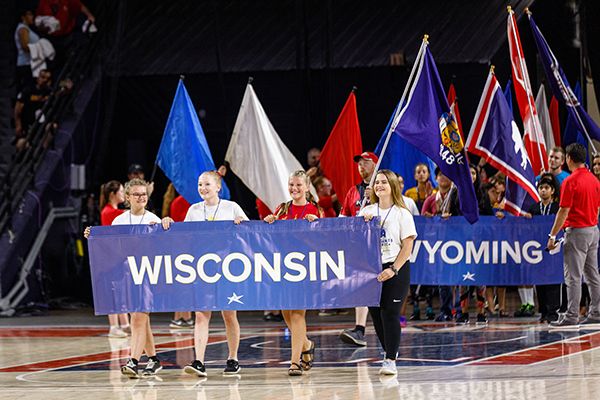 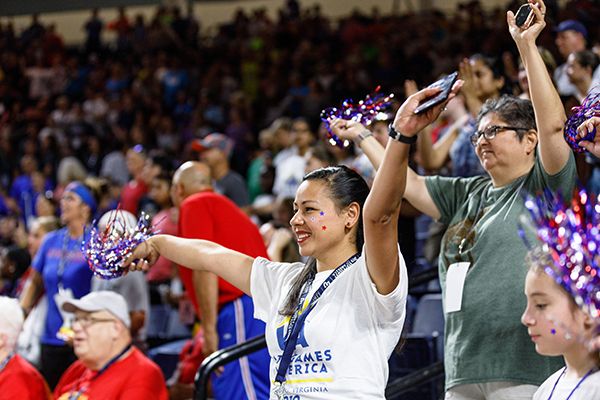 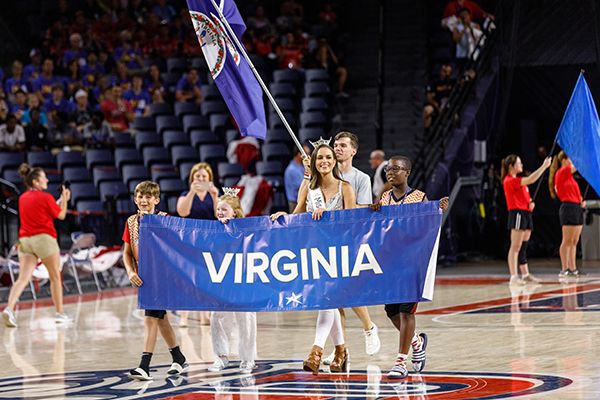 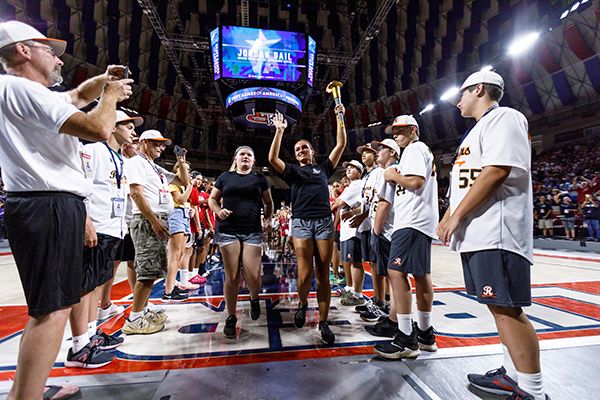 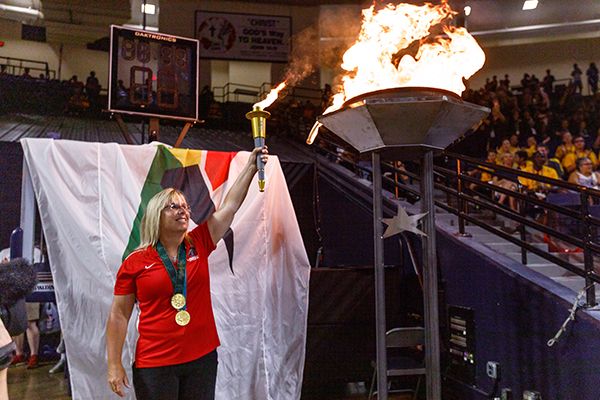 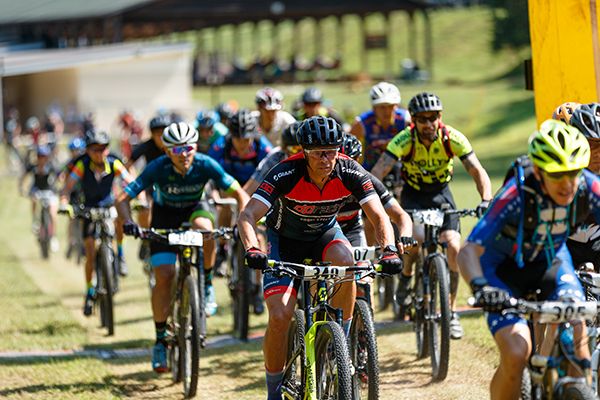 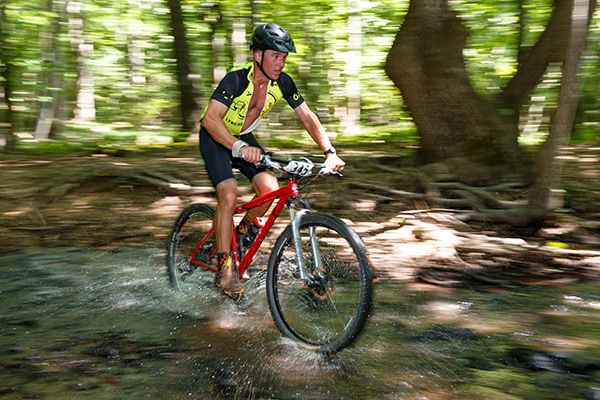 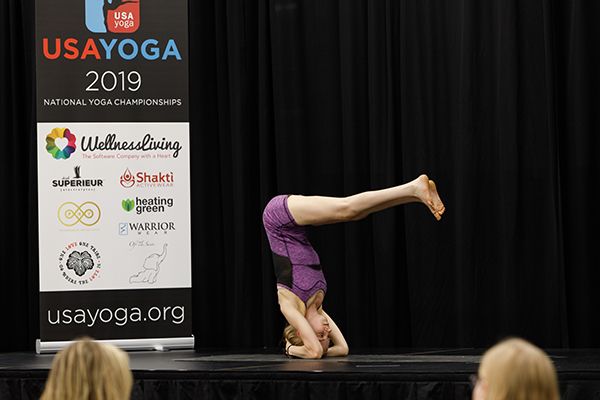 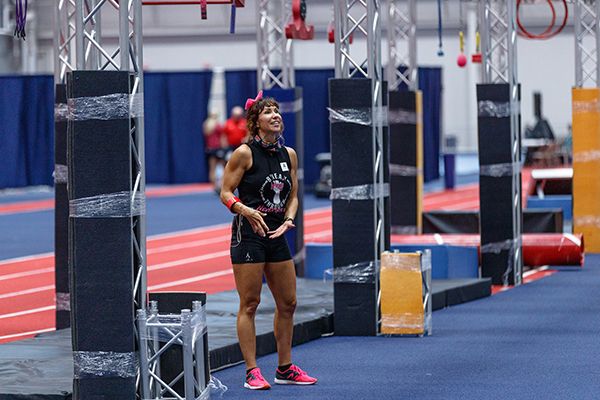 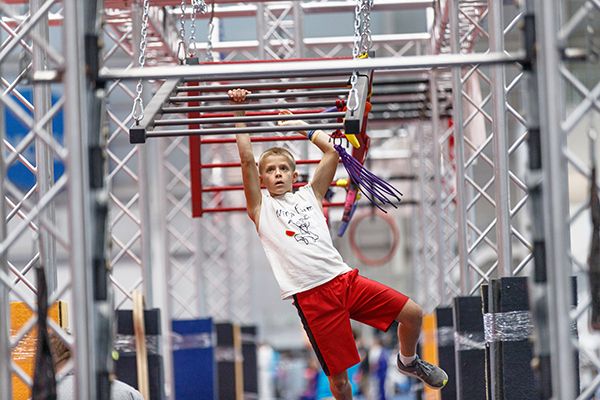 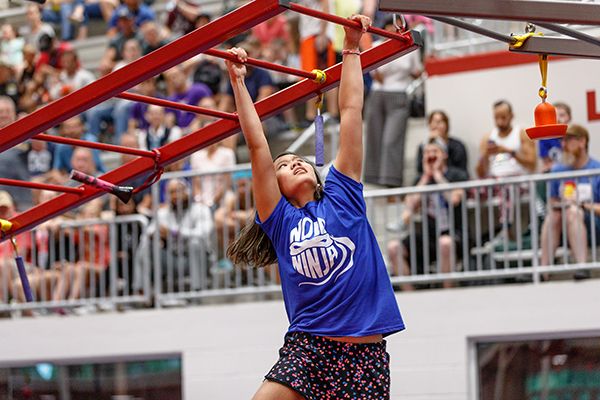 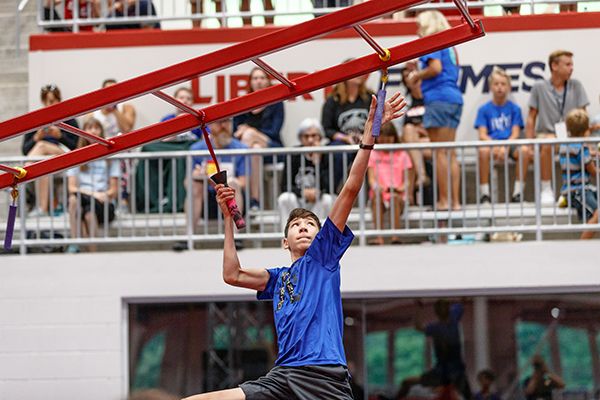 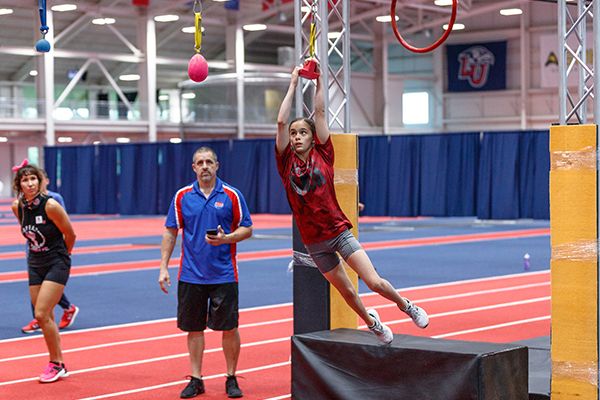 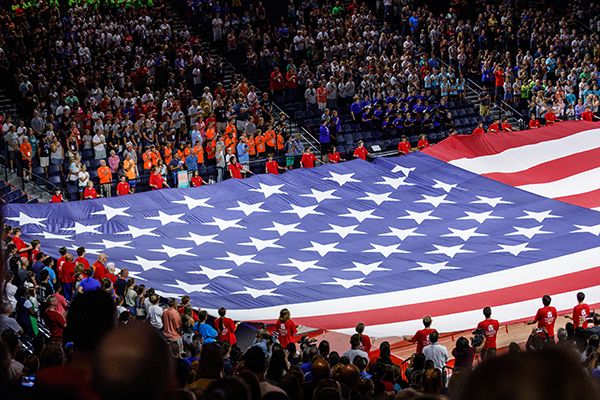 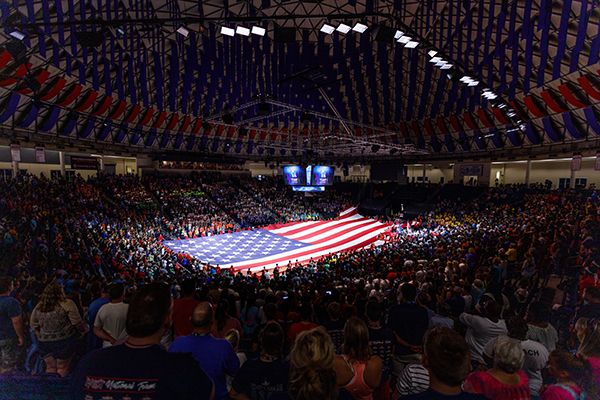 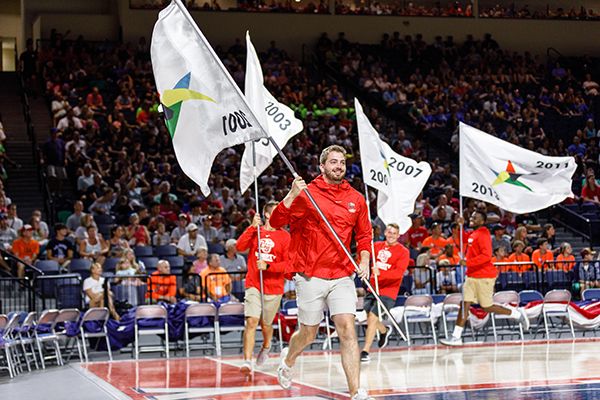 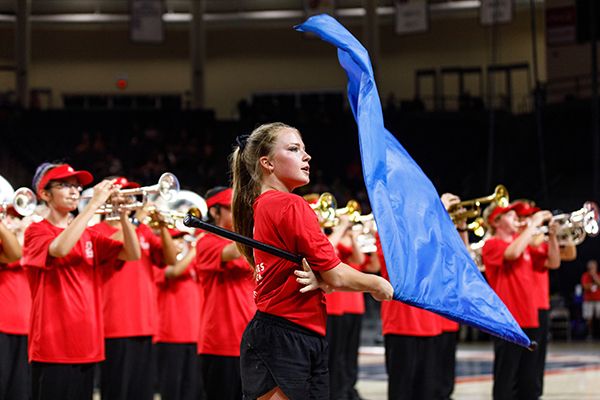